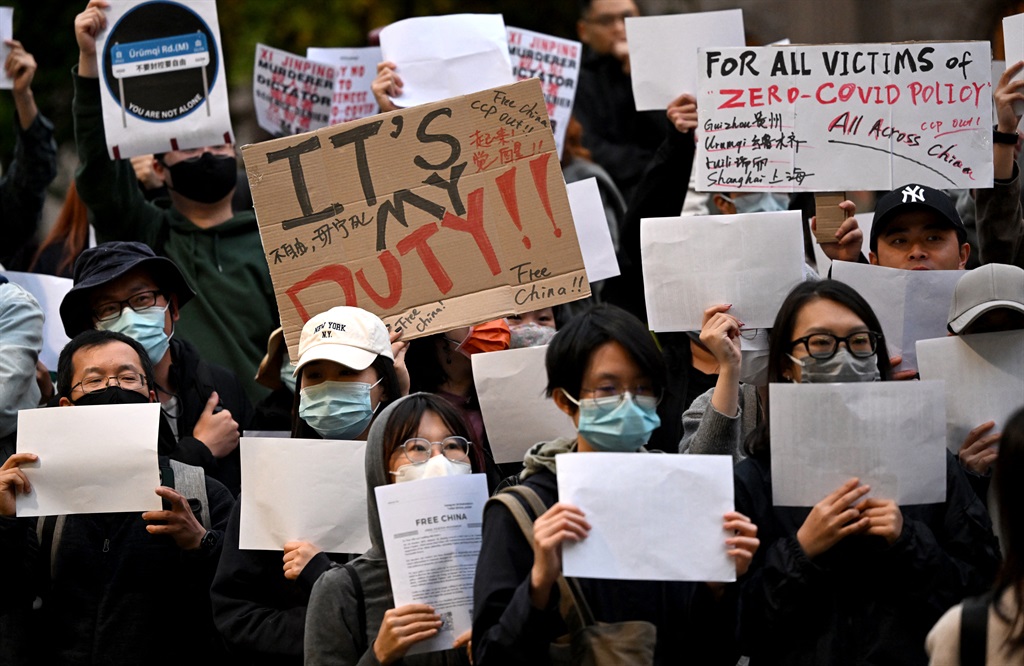 Members of the local Chinese community hold placards at a vigil in support of the protests against Beijing’s zero-Covid policy taking place across China, in Melbourne on November 28, 2022. Hundreds of people have taken to the streets in China’s major cities in a rare Outpouring of public anger against the state over its zero-Covid policy.

Australia on Sunday became the latest country to demand travelers from China provide a negative Covid-19 test before arrival, citing a “lack of comprehensive information” from Beijing about the country’s wave of cases

Health Minister Mark Butler said the move – which will take effect from January 5 – was being made “to safeguard Australia from the risk of potential new emerging variants” and “in recognition of the rapidly evolving situation in China”.

Three years after the coronavirus first emerged in the Chinese city of Wuhan, Beijing began ditching its hardline containment policy known as “zero-Covid” this month.

Chinese hospitals have since been hit by a flood of mostly elderly patients, crematoriums have been overloaded and many pharmacies have run out of fever medications.

While more than 97 percent of Australian adults have had at least one Covid-19 vaccine dose, there is concern in Canberra that Chinese authorities are not adequately sharing details about case numbers, or which variants are circulating.

“This measure is in response to the significant wave of Covid-19 infections in China and the potential for emerging viral variants in that country,” said Butler.

“Fortunately, in Australia, we have readily available access to vaccines and treatments, and high underlying population immunity.”