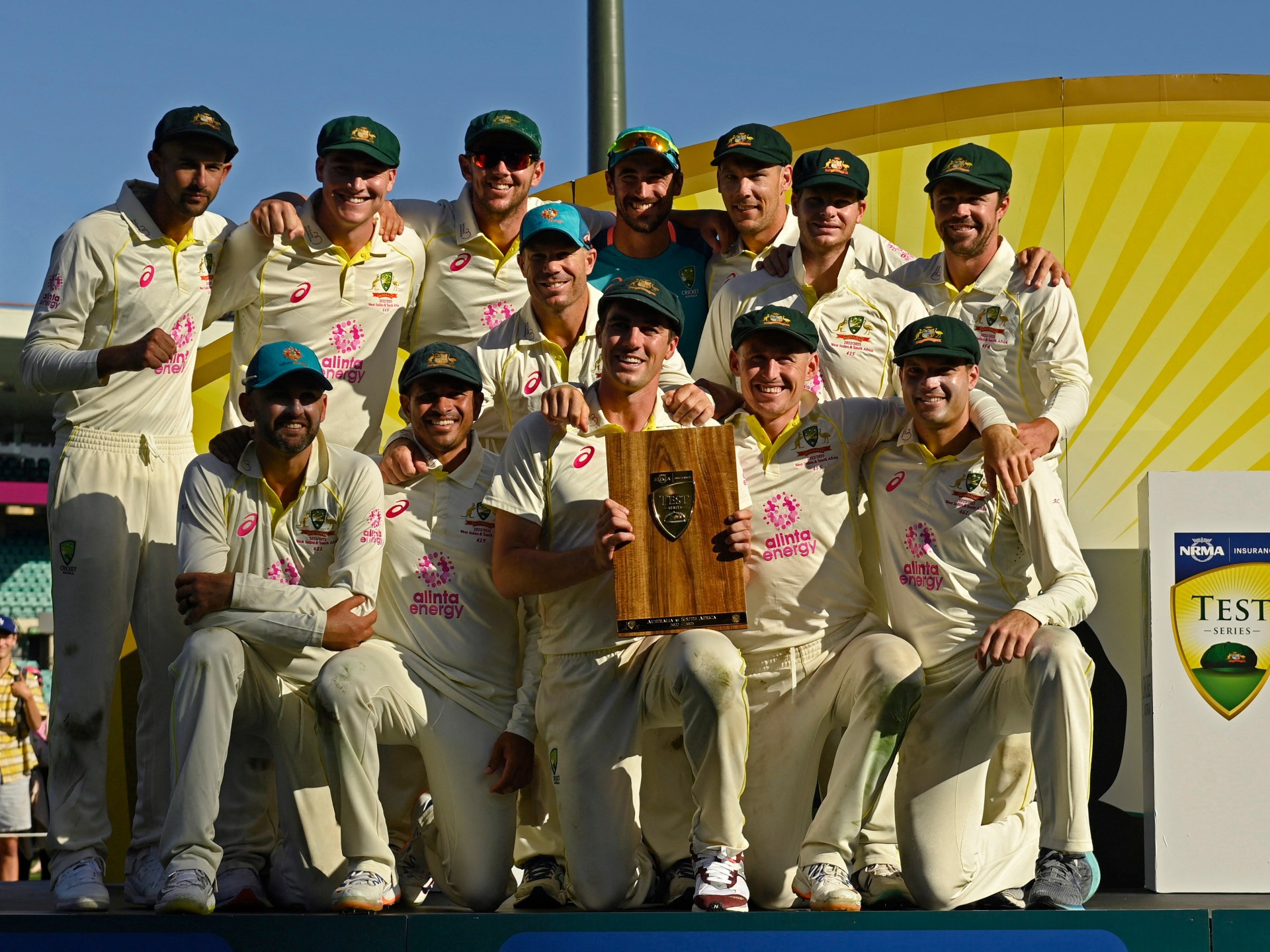 Australia and Afghanistan were scheduled to play three ODIs in the United Arab Emirates but CA scrapped the series after “extensive consultation” with stakeholders, including the Australian government.

“This decision follows the recent announcement by the Taliban of further restrictions on women’s and girls’ education and employment opportunities and their ability to access parks and gyms,” CA said in a statement on Thursday.

“CA is committed to supporting growing the game for women and men around the world, including in Afghanistan, and will continue to engage with the Afghanistan Cricket Board in anticipation of improved conditions for women and girls in the country.

“We thank the Australian government for its support on this matter.”

The Afghanistan Cricket Board (ACB) described Australia’s decision as “pathetic”.

“The decision to withdraw … is unfair and unexpected and will have a negative impact,” the ACB said in a statement.

The series formed part of the International Cricket Council’s (ICC) Super League, where the top eight teams automatically qualify for the 2023 World Cup. Australia have already qualified for the tournament.

The ACB said it would contact the ICC and was considering withdrawing its players from Australia’s domestic Big Bash League in retaliation.

Australia were scheduled to play a Test match against Afghanistan in November 2021 but the fixture was postponed after the Taliban seized power in August of that year.

Afghanistan remain the only ICC full-member nation without a women’s team. They have continued to appear at ICC events since the Taliban takeover, however, and faced Australia during last year’s Twenty20 World Cup.

ICC Chief Executive Geoff Allardice has said Afghanistan’s lack of commitment to women’s cricket is a concern for the sport’s global governing body and that the matter will be discussed at its next board meeting.

“Our board has been monitoring progress since the change of regime,” Allardice said. “It is a concern that progress is not being made in Afghanistan and it’s something our board will consider at its next meeting in March. As far as we are aware, there isn’t activity at the moment.”

Australia will forfeit 30 competition points for the series, which go towards World Cup qualification. But they have already secured automatic qualification to the 50-over tournament in India in October.

The Taliban regained control of Kabul in mid-2021 and immediately placed restrictions on female participation in sports.

More recently, women were told they could no longer work in Afghanistan’s aid sector,