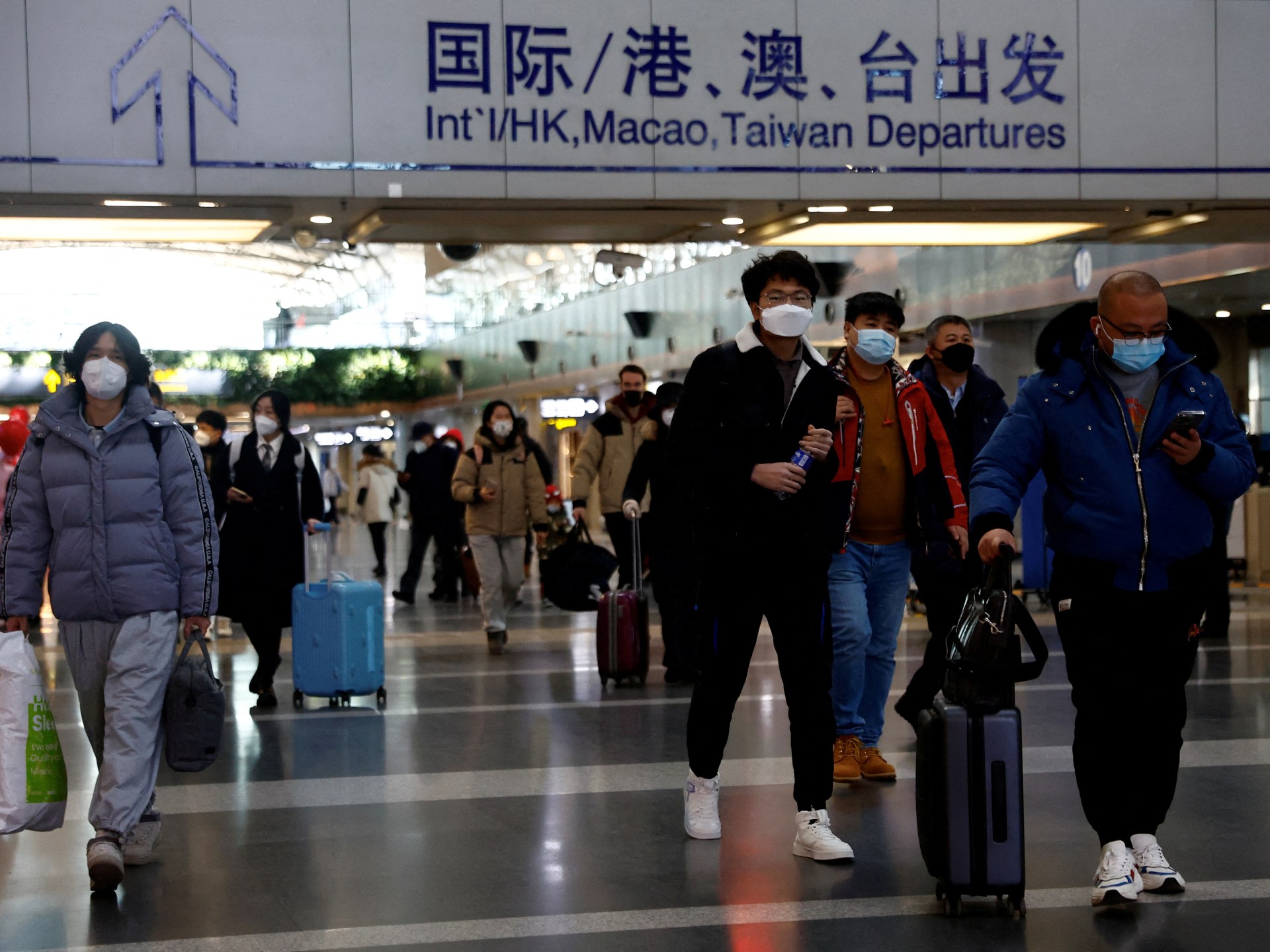 More than a dozen countries and territories have imposed restrictions on travelers from China amid a surge in COVID-19 cases, with Australia and Canada requiring negative test results for all passengers from mainland China, Hong Kong and Macao.

The latest curbs were announced on Sunday as COVID-19 overwhelmed hospitals and funeral homes across China.

Global health experts say the virus that causes COVID-19 is likely infecting millions of people a day after Beijing dismantled its “zero-COVID” policy of strict lockdowns and mass testing last month. The National Health Commission has also stopped the publication of daily figures on infections and deaths.

Australian Health Minister Mark Butler on Sunday cited Beijing’s “lack of comprehensive information” about COVID-19 cases as the reasoning behind the travel requirement, which will take effect on January 5.

The move will “safeguard Australia from the risk of potentially new emerging variants”, he said.

“These planned health measures will apply to air travelers, regardless of nationality and vaccination status,” the government said in a news release. “They are temporary measures, in place for 30 days, that will be reassessed as more data and evidence becomes available.”

In recent days, the United States, the United Kingdom, France, Italy, Spain, India, Japan, South Korea and Taiwan have also imposed either a negative result or a test upon arrival for travelers from China. Malaysia said it would screen all inbound travelers, including from China, for fever while the Philippines said it would heighten surveillance of all respiratory symptoms in passengers arriving from China.

Morocco went a step further, announcing on Saturday a ban on all arrivals from China citing the need to avoid “a new wave of contaminations” and “all its consequences”.

The World Health Organization has called the precautionary measures “understandable” in light of the lack of information and urged Beijing to share more data on genetic sequencing, as well as statistics on hospitalisations, deaths and vaccinations.

But the European branch of the International Airports Council – which represents more than 500 airports in 55 European countries – said the restrictions were not justified or risk-based.

European countries will meet next week to discuss a joint response to the issue, with incoming EU presidency holder Sweden saying it was “seeking a common policy for the entire EU when it comes to the introduction of possible entry restrictions”.

In response to the outbreak, Taiwanese President Tsai Ing-wen said on Sunday that she is “willing to provide necessary assistance based on humanitarian concerns”, but did not specify what kind of aid might be extended to Beijing, which considers the self-ruled island a breakaway province.

“Epidemic prevention and control is entering a new phase … Everyone is working resolutely, and the light of hope is right in front of us,” Xi said in a speech broadcast on state media on Saturday.

It was Xi’s second time commenting on the outbreak this week.

On Monday, he called for measures to “effectively protect people’s lives”.

The UK-based health data firm Airfinity said on Thursday its models indicate about 1.8 million daily COVID-19 infections and 11,000 deaths each day in China. It said its model was based on data from Chinese provinces before the suspension of the publication of official figures as well as case growth rates from other COVID-zero countries and territories when they lifted restrictions, such as Japan and Hong Kong.

Airfinity said it expected COVID-19 infections to peak twice in China in the coming months, the first on January 13 with 3.7 million cases a day. The firm forecasts that deaths will peak on January 23 at about 25,000 a day.

A second peak will occur on March 3, with daily cases likely to reach 4.2 million a day, Airfinity said.

This later wave will have a bigger impact on rural areas, it added.