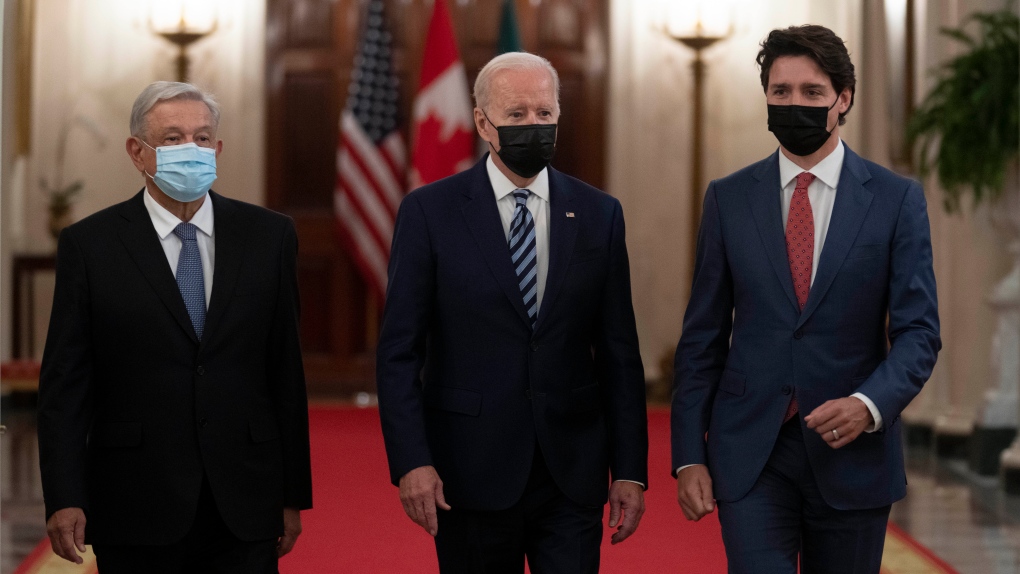 From the frosty throes of a Canadian winter, the land of conquistadors and Frida Kahlo can seem a million miles away.

But that’s not the way North American diplomats, trade experts and business leaders see it — and they hope the continent’s leaders have a similar vision as the so-called “Three Amigos”. gather this week To install Mexico City.

“The potential for North America is immense,” said Eric Farnsworth, the former Clinton-era White House official who now leads the DC office of the Council of the Americas and the Americas Society.

Farnsworth said a continental perspective will be vital to making substantive progress on issues like fortified supply chains, mitigating China’s influence and building a 21st-century workforce in the aftermath of the COVID-19 pandemic.

“It’s our hope that the leaders, when they get together to talk about some of these issues, keep in mind the fundamental vision of what North America really could be,” he told a panel discussion Friday.

“We can’t do these things without our partners in Canada and Mexico; it’s just fundamental to our own well-being. And so that has to be the underlying message of the leaders as they get together.”

Prime Minister Justin Trudeau arrives later Monday in Mexico City, where he’ll take part in an afternoon discussion with business leaders from across the continent before the summit gets underway in earnest Tuesday.

While Trudeau is airborne, Joe Biden — fresh from his first presidential visit to the politically fraught southern border — will sit down for a bilateral meeting with Mexican counterpart Andres Manuel Lopez Obrador.

A tete-a-tete between just the Canadian and US leaders is scheduled to take place Tuesday morning.

“It’s a trilateral meeting, a trilateral summit, but there are lots of bilateral items that are discussed at those meetings as well,” said Gary Doer, who served as Canada’s ambassador to the US from 2009 to 2016.

With Canadian and Mexican manufacturers added in the 11th hour to Biden’s plan to encourage the sale of climate-friendly electric vehicles, there will be room to talk about more familiar irritants like trade disputes and US protectionism.

On those fronts, there is no shortage of talking points.

The US argues that Canada’s supply-managed dairy market denies American producers fair access to customers north of the border. The US also says Mexico is unfairly favoring domestic energy suppliers. And both Mexico and Canada say the US isn’t playing fair when it comes to how it defines foreign content in its automotive supply chains.

Mexico is also under pressure to come to terms with the US on Lopez Obrador’s plan to ban imports of genetically modified corn and the herbicide glyphosate, a decree that has angered American farmers.

Then there’s Buy American, the long-standing, politically popular US doctrine of preferring domestic suppliers over those of even the most neighboring allies.

Canada may have averted catastrophe when Biden’s electric-vehicle tax credits were amended last year to include North American manufacturers, but the president still rarely misses a chance to tout made-in-America supply chains.

And the green-energy incentives now in place in the US still pose challenges for Canada, said Louise Blais, a retired Canadian diplomat who served as ambassador to the UN and consul general in Atlanta.

“I’m expecting both the Mexican president and the Canadian prime minister to raise this issue with the president to say, ‘Look, we need to have a more continental approach to some of these policies,'” said Blais.

As a country that’s not immune to the influences of irregular migration and the flow of fentanyl at the US-Mexico border, Canada will need to be part of that conversation as well, one that’s widely expected to dominate the agenda.

US Customs and Border Protection reported nearly 2.4 million expulsions and apprehensions at or near the southern border in the last fiscal year, a 37 percent increase over the previous fiscal period. Anecdotal evidence suggests a post-pandemic increase in irregular migration in both directions at the northern border as well.

Biden’s Sunday visit to the southern border followed a fresh crackdown on illegal migrants from Cuba, Haiti and Nicaragua, on top of existing restrictions against Venezuelan migrants.

At the same time, the US plans to welcome 30,000 new immigrants a month from all four countries over the next two years, provided they are eligible to work and enter the country legally.

Brian Nichols, the US assistant secretary of state for Western Hemisphere affairs, made clear in a Wilson Center panel discussion Friday that his country’s unique ties to Canada won’t be lost in Mexico.

The last North American gathering at the White House in 2021 produced a list of more than 40 different “deliverables,” Nichols said — a huge number by most standards, but not surprising for three countries that share borders.

“That’s a family conversation in a way that often you’re not having with other nations,” he said. “The goodwill to advance our shared future in those conversations is something that really comes across.”

Canada, however, often doesn’t want to be lumped in with Mexico when it comes to its relations with the US, said Scotty Greenwood, chief executive of the Canadian American Business Council.

“It wants to have its own unique relationship with the US, so we’ll see if Canada is going to embrace or resist the ‘North American idea.’ Greenwood said.

“Meaning, ‘Let’s view things as a block and as a region, and let’s take things on together.’ I hope it embraces it. But that would be different.”

Biden also has yet to visit Canada in person since taking office — a long-standing bilateral tradition that typically comes shortly after a presidential inauguration, but which was short-circuited in 2021 by the pandemic.

This week’s meetings could provide fresh clarity on when Biden’s long-promised trip north — confirmed over the summer, but interrupted again when the president himself tested positive — might finally take place.