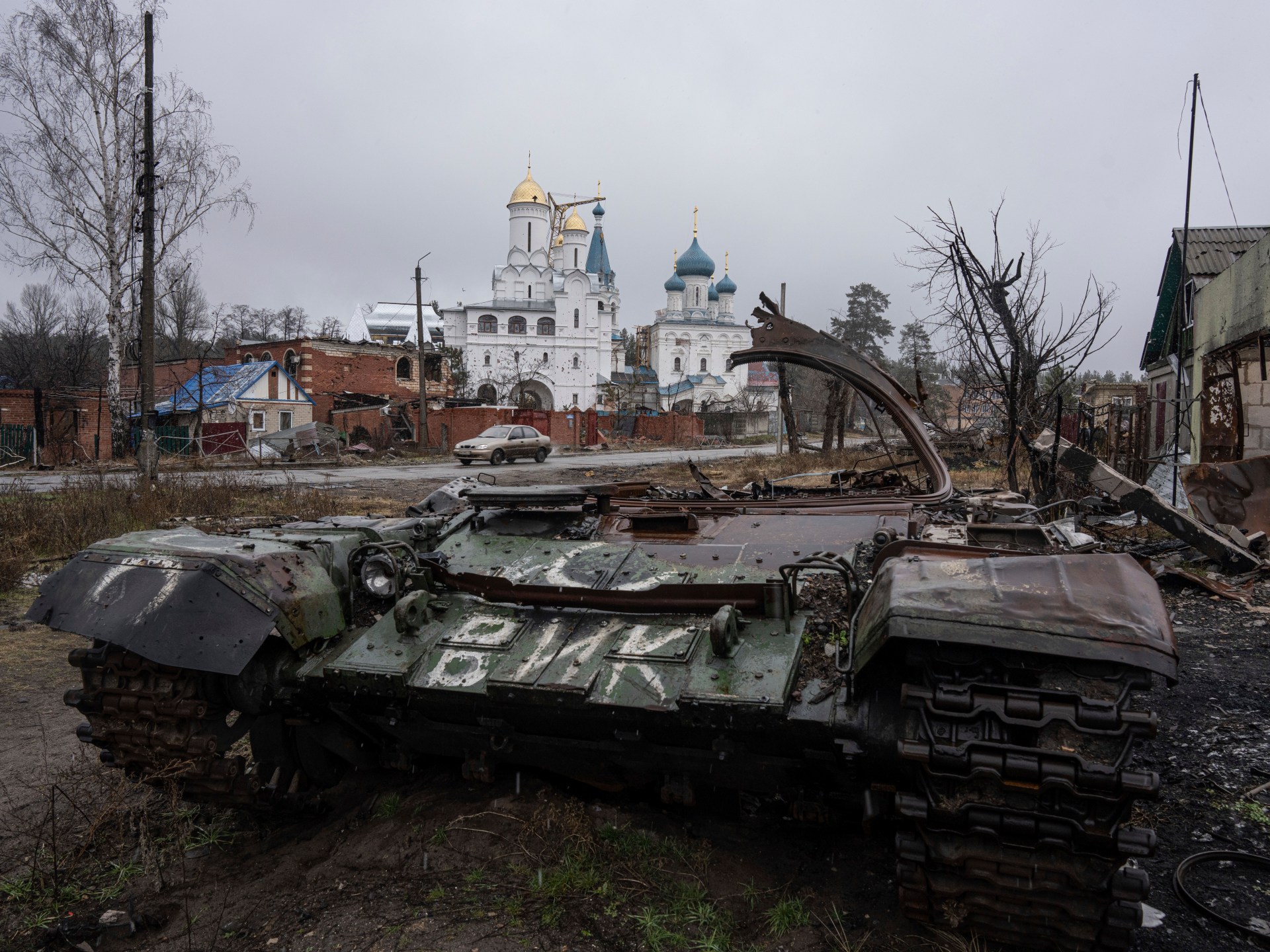 Russian and Ukrainian artillery have continued to pound targets in war-scarred eastern Ukraine despite Russian leader Vladimir Putin saying he ordered his forces to observe a 36-hour ceasefire for the Orthodox Christmas.

Exchanges of artillery fire were reported along the front lines of Ukraine’s city of Bakhmut, the town of Kreminna, and other locations in the Donetsk and Luhansk regions on Friday after the start of Moscow’s order for its forces to maintain a unilateral truce from midday in observance of the Russian holiday.

Russian rockets also rained down on residential areas in the cities of Kherson and Kramatorsk before the truce was scheduled to begin at noon Moscow time (09:00 GMT).

“What ceasefire? Can you hear? a Ukrainian soldier told the Reuters news agency as an explosion rang out in the distance at the front in Kreminna.

“What do they want to achieve if they keep on shooting? We know, we have learned not to trust them,” said the soldier.

Ukrainian forces in Kreminna fired back from tanks.

Reporters with Agence France-Presse heard both. outgoing and incoming shelling at the front line city of Bakhmut after the time the Russian ceasefire was supposed to have begun.

Russia’s defense ministry said its troops began observing the ceasefire from noon Moscow time “along the entire line of contact”, but said Ukraine had kept up shelling populated areas and military positions.

Pavlo Diachenko, a police officer in Bakhmut, said he doubted the ceasefire would mean much to the city’s civilians even if it had been respected by Russian soldiers.

“What can a church holiday mean to them?

They are shelling every day and night and almost every day there are people killed,” he said.

A witness in the Russian-occupied regional capital Donetsk also described outgoing artillery fired from pro-Russian positions on the city’s outskirts after the truce was scheduled to take effect.

The Ukrainian governor of the front-line eastern Luhansk province, Serhiy Haidai, said that in the first three hours of the purported ceasefire, Russians had shelled Ukrainian positions 14 times and stormed one settlement three times.

Briefly about 3 hours of Putin’s “Christmas truce” #Luhansk regions
From 12:00 to 15:00:
❗️The Rashists fired artillery 14 times and stormed one of our settlements three times
People in de-occupied villages sit in basements all day.
Orthodox killers wish us a Merry Christmas pic.twitter.com/JF6CmRUkLh

One rescue worker was killed and four others injured when Russian forces shelled a fire department in the southern Ukrainian city of Kherson before the deadline earlier on Friday, the regional governor said.

Shortly before the ceasefire was meant to start, rockets slammed into a residential building in the city of Kramatorsk, close to the eastern front line, damaging 14 homes, though with no casualties as many people have fled.

“It’s bad, very bad,” said Oleksnadr, 36, outside a supermarket at the time of the attack.

“This happens often, not only on festive occasions. Every other day.

The Kremlin announced the 36-hour ceasefire on thursdaythough Kyiv had said it would not comply with the unilateral action, which Ukrainian President Volodymyr Zelenskyy described as a ploy by Putin to slow Ukraine’s advances and create an opportunity for Russia to replenish its forces.

Meanwhile, the Russian-installed governor of the Crimean city of Sevastopol said on Saturday that air defenses had shot down a drone in what he suggested was the latest attempted Ukrainian attack on a port where Russia’s Black Sea Fleet is based.

Mikhail Razvozhaev, the Russian-backed governor of the city, made the allegation on the Telegram messaging service, alleging that the incident had occurred in the early hours of Saturday.

The United States State Department said the continued Russian strikes on Friday proved the ceasefire was a “cynical” ploy, while the French foreign ministry described it as a “crude” attempt by Moscow to divert attention from its culpability for the war.

The European Union’s most senior diplomat said on Friday the ceasefire was “not credible”.

“The Kremlin totally lacks credibility and this declaration of a unilateral ceasefire is not credible,” EU foreign policy chief Josep Borrell said during a visit to Morocco.

speak to @DmytroKuleba by phone and informed him of the EU’s resolve to continue supporting Ukraine in 2023. Condemned repeated, barbaric attacks by Russia.

The cynical, unilaterally announced ceasefire is neither serious nor honest. Russia must withdraw its troops from Ukraine. pic.twitter.com/BZDwe8N6hz

There was widespread skepticism at the announced ceasefire across Ukraine.

“You can never trust them, never… Whatever they promise, they don’t deliver,” said Olena Fedorenko, a 46-year-old from the war-torn port city of Mykolaiv in the south of the country.

Putin on Saturday attended an Orthodox Church Christmas service by himself inside a Kremlin cathedral, rather than joining other worshipers in a public celebration.

Russia’s RIA news agency said it was the first time in years that Putin had marked Christmas in Moscow rather than in the region around the capital.

State television showed two live clips of Putin inside the gilded Cathedral of the Annunciation as Orthodox priests conducted the midnight service, known as the Divine Liturgy.

Putin, wearing a blue jacket and a high-necked white sweater, was the sole worshiper and crossed himself several times in the video clip.