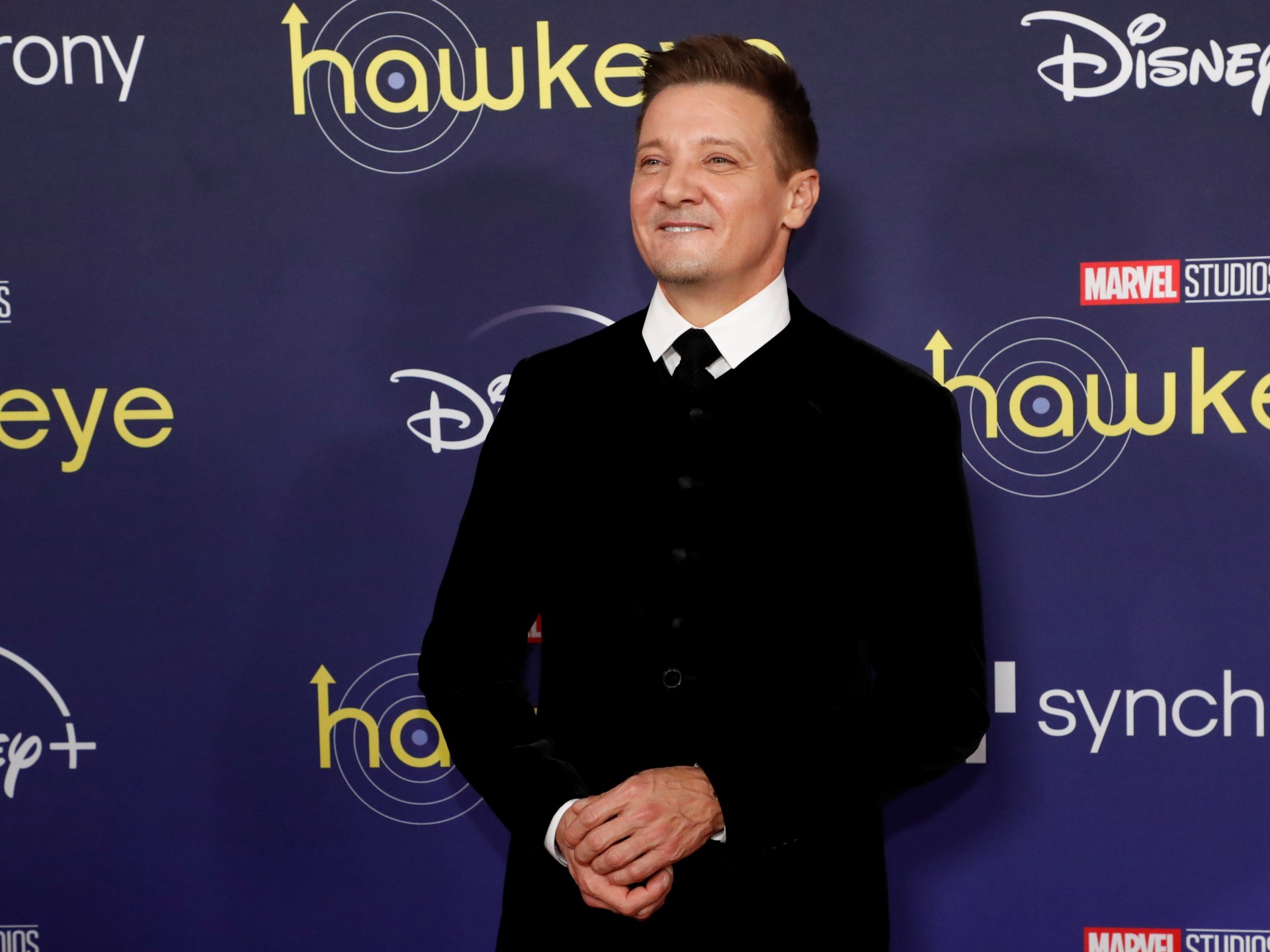 The US movie star had been plowing snow at his property near Reno, Nevada when he suffered serious injuries.

American movie star Jeremy Renner, known for his role as Hawkeye in several marvel blockbusterswas in a critical but stable condition following an accident, his representative said.

Renner had been plowing snow when he suffered serious injuries, a representative told Deadline and The Hollywood Reporter on Sunday.

“We can confirm Jeremy is in critical but stable condition with injuries suffered after experiencing a weather-related accident while plowing snow earlier today,” Renner’s representative told the outlet, without specifying where the accident took place.

“His family is with him and he is receiving excellent care,” the representative, who was unnamed, added.

Renner owns property near Mt Rose-Ski Tahoe, an area near Reno, Nevada that has been hit by winter storms, according to The Hollywood Reporter.

He recently posted on social media about severe weather conditions in the area around Lake Tahoe, which borders California and Nevada and is a world-renowned skiing destination.

On December 13, Renner tweeted a photo of a car buried by snow with the caption, “Lake Tahoe snowfall is no joke.”

Renner rose to prominence in the 2000s after garnering a Best Actor Oscar nomination for his portrayal of a United States army sergeant in the 2008 war thriller Hurt Locker. In 2010, he was nominated for an Academy Award for Best Supporting Actor for the movie The Town.

He has also appeared as Clint Barton, also known as the superhero Hawkeye, in several Marvel films and a recent miniseries.

Renner currently stars in the Paramount+ crime series Mayor of Kingstown set to return for a second season later this year.