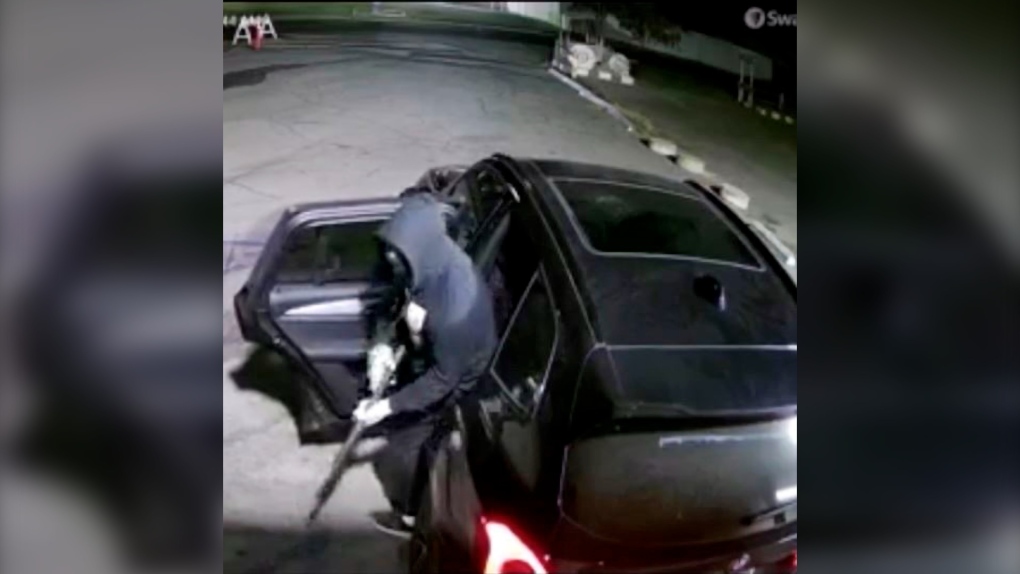 An 80-year-old Southern California liquor store owner who blasted a would-be armed robber with a shotgun has died, the store reported Tuesday.

Craig Cope died Tuesday morning, and a memorial at Norco Market & Liquor will be held at a later date, according to a Facebook posting. It didn’t mention the cause of his death.

Cope was at the counter shortly before 3 am July 31 in Norco in Riverside County when a man in a ski mask came through the door, pointing a rifle and demanding: “Hands in the air! Hands in the air!” Surveillance video showed Cope firing one blast from the shotgun.

“I didn’t have time to be afraid,” after the car with four robbers inside pulled into the parking lot and some got out wearing masks and gloves and holding weapons, he told KTTV-TV.

He was alone in the store. One robber came through the door with what Cope said appeared to be a semiautomatic rifle.

“The guy pointed the gun directly at me. It was him or me,” he told the station.

Four men were later arrested at a hospital where the wounded suspect was being treated. The getaway car was stolen in Las Vegas and contained stolen weapons, authorities said.

Cope was commended by the Sheriff’s Department. Video of the shooting made him a celebrity. People flocked to the store to photograph and congratulate him and to buy items, including a T-shirt with the slogan “Don’t Mess with Norco, We’ll shoot your arm off,” KABC-TV reported.

Cope had owned the store since 1976. After the shooting, he suffered a heart attack but recovered and returned to work before having a disabling stroke in October.