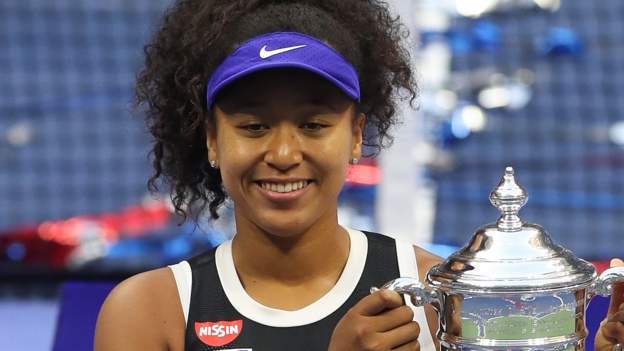 “One thing I’m looking forward to is for my kid to watch one of my matches and tell someone, ‘that’s my mom’.”

Osaka won the last of her four Grand Slams at the Australian Open in 2021.

However, she has spoken of the problems she has faced since that memorable title win.

In May 2021, after pulling out of the French Open, she revealed she had “suffered long bouts of depression”. ever since winning her first major title, the US Open, in 2018.

In October 2021 she took a five-month break from the sport,

Osaka played last at the Pan Pacific Open in Tokyo in September and has dropped to 47 in the world rankings.

“The past few years have been interesting to say the least, but I find that it is the most challenging times in life that can be the most fun,” added Osaka, announcing her pregnancy on social media.

“These few months away from the sport have really given me a new love and appreciation for the game I’ve dedicated my life to.

“I realize that life is so short and I don’t take any moments for granted, every day is a new blessing and adventure.

“I know I have so much to look forward to in the future.”

Osaka is the latest high-profile player to take a break from tennis due to pregnancy.

Serena Williams took a break to give birth in 2017 and returned later the same year, continuing to play before retiring in 2022.