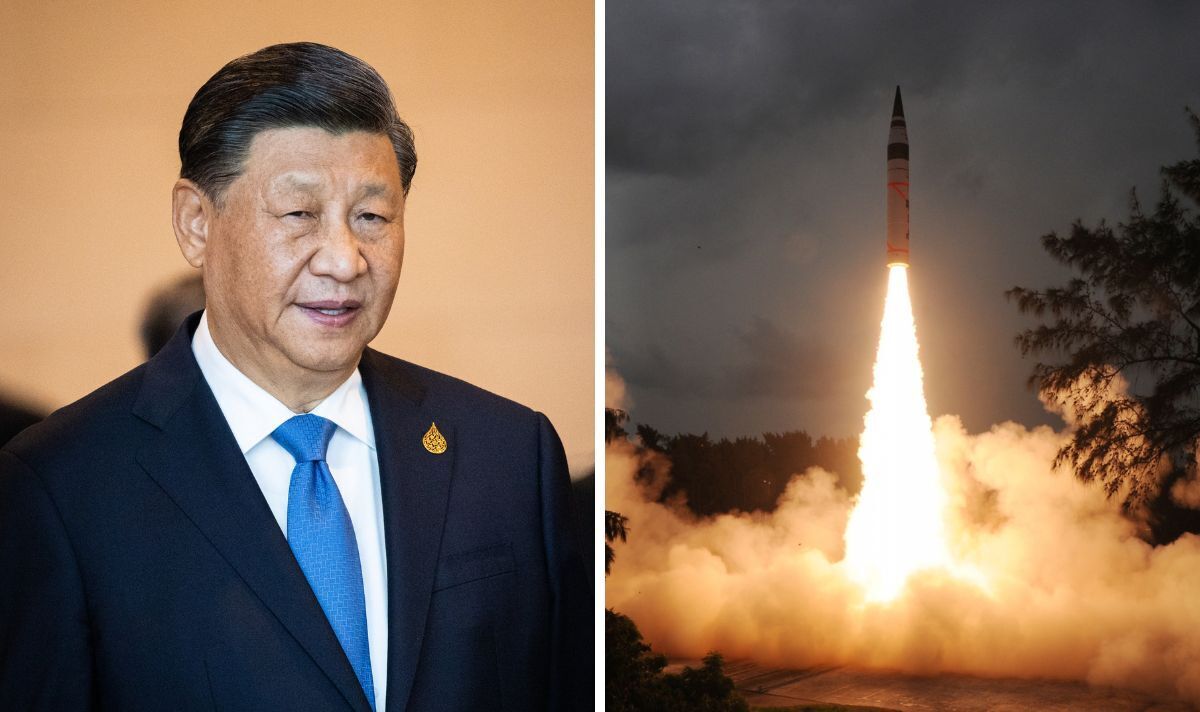 The Agni-5 is a nuclear-capable missile with a range of 5000km, which allows it to reach deep into China and potentially target major cities and military bases. Dinshaw Mistry, a Professor of International Affairs and Asian Studies at the University of Cincinnati, believes India‘s new missile could push China’s defense capabilities to the limit. This recent test of the missile, which was conducted during a border dispute with China, has been perceived as a show of strength and warning from India.

Professor Mistry told Express.co.uk: ,The Agni-5 went through a few development tests in the 2010s, has undergone user trial tests in the past two years.

Thus, the latest test – which was a user trial – is essentially a continuation of the missile’s test series and confirms that India is on track to deploy a small number of such missiles over the next few years.

The Agni-5 missile has a range of about 5,000 kilometers, and later versions may have greater ranges.

“This brings all of China within range of the missile when it is launched from sites in central and south India that are far from China’s borders and therefore less vulnerable to Chinese strikes.”

He added: “In this sense, it slightly strengthens India’s deterrent against China.

India and China have had a long-standing border dispute that goes back over eight decades.

The two countries share a 2,167-mile border, and their overlapping territorial claims and competing strategic interests have led to multiple standoffs and military clashes throughout history.

In 2020, the border dispute turned deadly for the first time in over four decades, with a physical brawl in the Galwan Valley resulting in the deaths of at least 20 Indian soldiers and an unknown number of Chinese casualties.

The Agni missile system developed by India is a collection of long-range, nuclear-capable surface-to-surface ballistic missiles.

The Agni-II missile is a medium-range variant with a range of over 2,000km and the ability to reach much of Western, Central and Southern China.

The Agni program plays a key role in India’s counter-attack strategy, particularly against China, as it includes a range of solid-propelled ballistic missiles with varying ranges and mobility options that increase their chances of survival during an attack.

China and India have a complex relationship that has been marked by both cooperation and competition. Under President Xi Jinping, the relationship has been characterized by increased economic engagement, but also by tensions and disputes in areas such as trade, territorial disputes, and the status of Tibet.

Economically, China and India have sought to increase trade and investment ties. China is India’s largest trading partner, and bilateral trade between the two countries has grown in recent years.

However, there have also been trade tensions, with India raising concerns about its large trade deficit with China and accusing China of flooding its market with cheap goods.

Additionally, India has been concerned about China’s growing influence in its neighborhood, particularly in countries like Pakistan, Sri Lanka, and Nepal, which India considers to be within its sphere of influence.