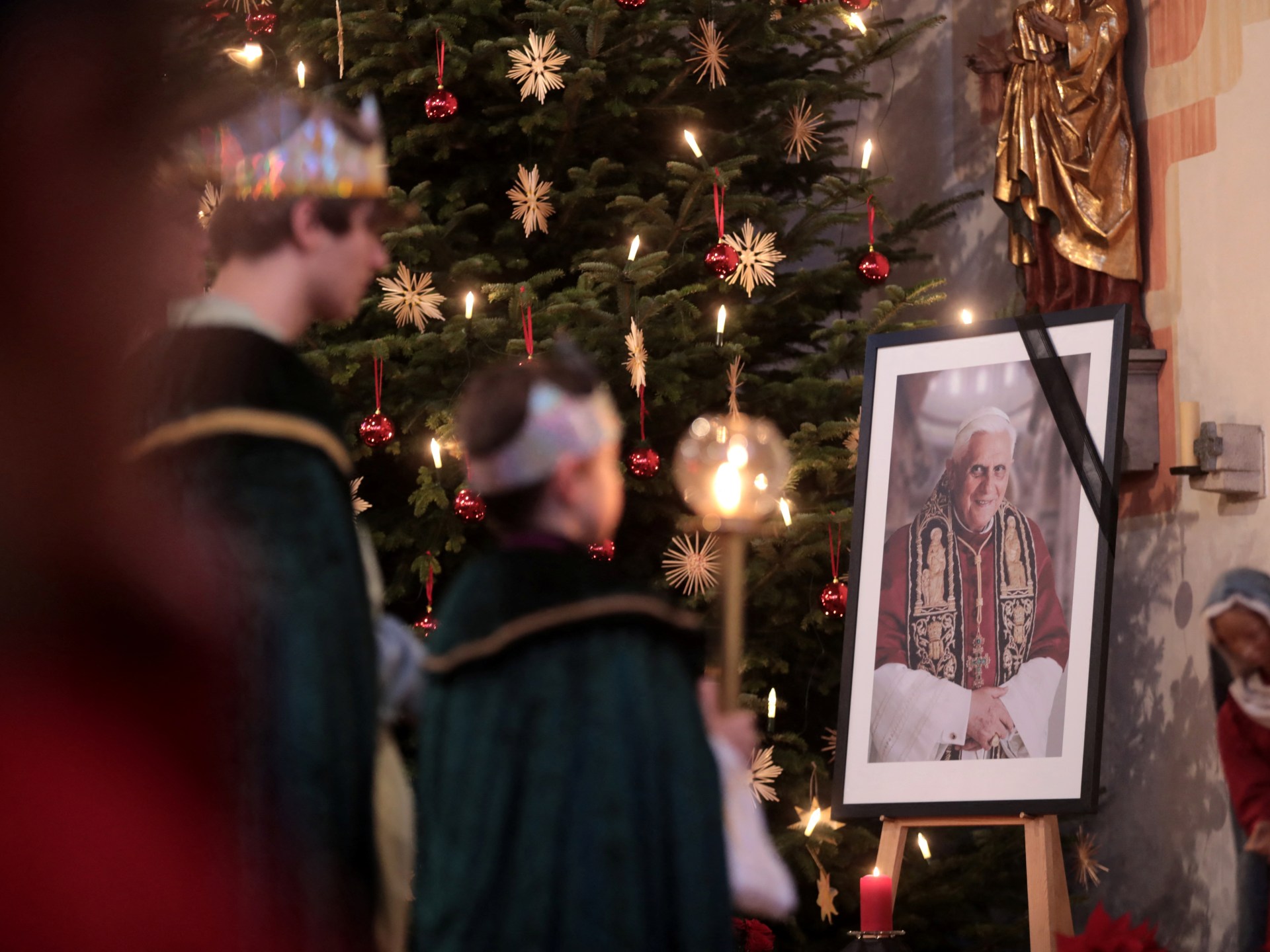 World leaders are mourning the passing of former Pope Benedict XVI, praising his “devotion to the Church”.

Pope Emeritus Benedict XVI died on Saturday morning in the Mater Ecclesia Monastery in the Vatican.

Benedict was the the first pope in 600 years to resign – in 2013. Benedict had become increasingly frail during his almost 10 years of retirement.

Pope Francis has praised Pope Emeritus Benedict XVI’s “kindness” in his first public comments since the death of the retired pontiff.

Francis thanked Benedict on Saturday for “his testimony of faith and prayer, especially in these final years of retired life”.

US President Joe Biden said on Saturday that Pope Emeritus Benedict XVI “will be remembered as a renowned theologian, with a lifetime of devotion to the Church, guided by his principles and faith”.

Biden – a church-going Catholic who differs with the church’s teaching on abortion and some other social issues – issued a statement recalling a meeting with Benedict at the Vatican in 2011. Biden recalled Benedict’s “generosity and welcome as well as our meaningful conversation”.

Biden said, “May his focus on the ministry of charity continue to be an inspiration to us all.”

The United Kingdom’s King Charles III said he received the news of Pope Emeritus Benedict XVI’s death “with deep sadness”, saying he fondly remembers meeting with the former pontiff during a visit to the Vatican in 2009.

“I also recall his constant efforts to promote peace and goodwill to all people, and to strengthen the relationship between the global Anglican Communion and the Roman Catholic Church,” Charles said in a message to Pope Francis on Saturday.

German Chancellor Olaf Scholz is also paying tribute to the German-born Pope Emeritus Benedict XVI as a “formative figure of the Catholic Church”.

Scholz said on Twitter that “as the ‘German’ pope, Benedict XVI was a special church leader for many, not just in this country.”

Germany’s president praised the late Pope Benedict XVI’s dedication to dialogue between Christian denominations and with other religions.

President Frank-Walter Steinmeier said in a message of condolences to Pope Francis that “the election of a pope from the motherland of the Reformation and an intellectual who had made the dialogue between faith and reason his life’s task was an important signal for many people around the world.

Polish President Andrzej Duda said on Twitter that Benedict’s teaching was a “guide post among the many winding and deceptive paths of the contemporary world”.

Prime Minister Mateusz Morawiecki said Benedict was a “great Catholic thinker, a spiritual authority, and a modest person who was nonetheless a person of very great format”, whose “spiritual and intellectual legacy will ever remain important to us”.

He said Japan was greatly moved by a message Benedict sent after the 2011 tsunami and Fukushima nuclear disaster spiritually uplifting the people of Japan.

A telegram to Pope Francis published on the Kremlin website said that, during Benedict’s papacy, full diplomatic relations were established between Russia and the Vatican “and relations between the Russian Orthodox and Roman Catholic churches were developed.”

Italian President Sergio Mattarella said the death of the pope emeritus is a cause for grief for the entire country.

Mattarella said that “his sweetness and his wisdom had benefitted our community and the entire international community.”

In a statement, she praised his lifelong service to the church and ability to “speak to the hearts and minds of people with the spiritual, cultural and intellectual profundity of his magisterium”.

Ireland’s president has paid tribute to the late Pope Benedict XVI, highlighting his interest in promoting peace in Northern Ireland.

President Michael D. Higgins said in a statement that “at this time of the return of war on our continent and in so many areas of the world, he will be remembered for his tireless efforts to find a common path in promoting peace.”