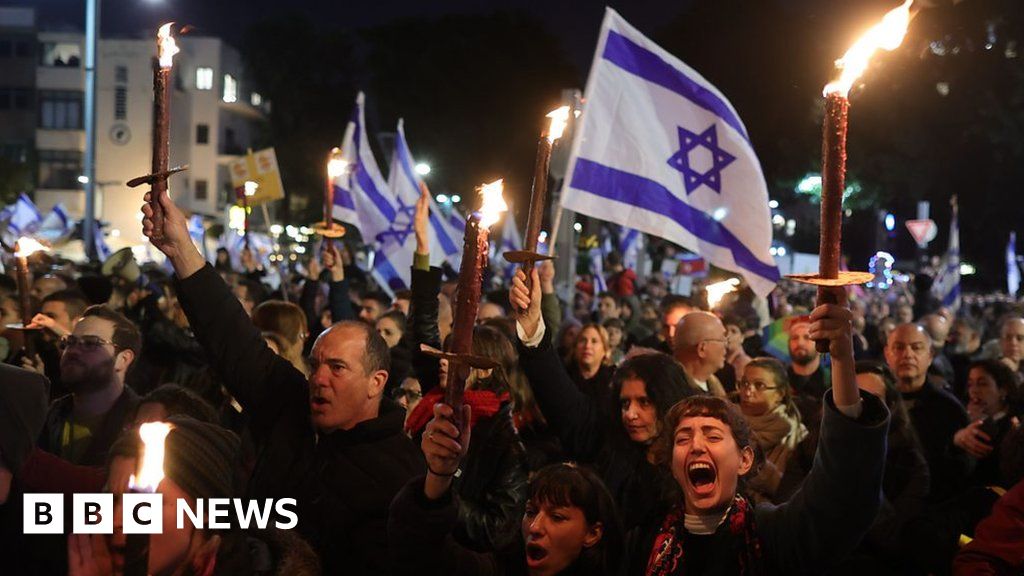 Thousands of Israelis have protested in Tel Aviv against government reform plans that critics have said would cripple judicial independence, foster corruption, set back minority rights and deprive Israel’s court system of credibility.

Israeli media estimate the number of people attending to be around 80,000, with similar protests taking place in Jerusalem and Haifa.

Read more about those plans, which include enabling parliament to overrule the Supreme Court’s decisions, here,