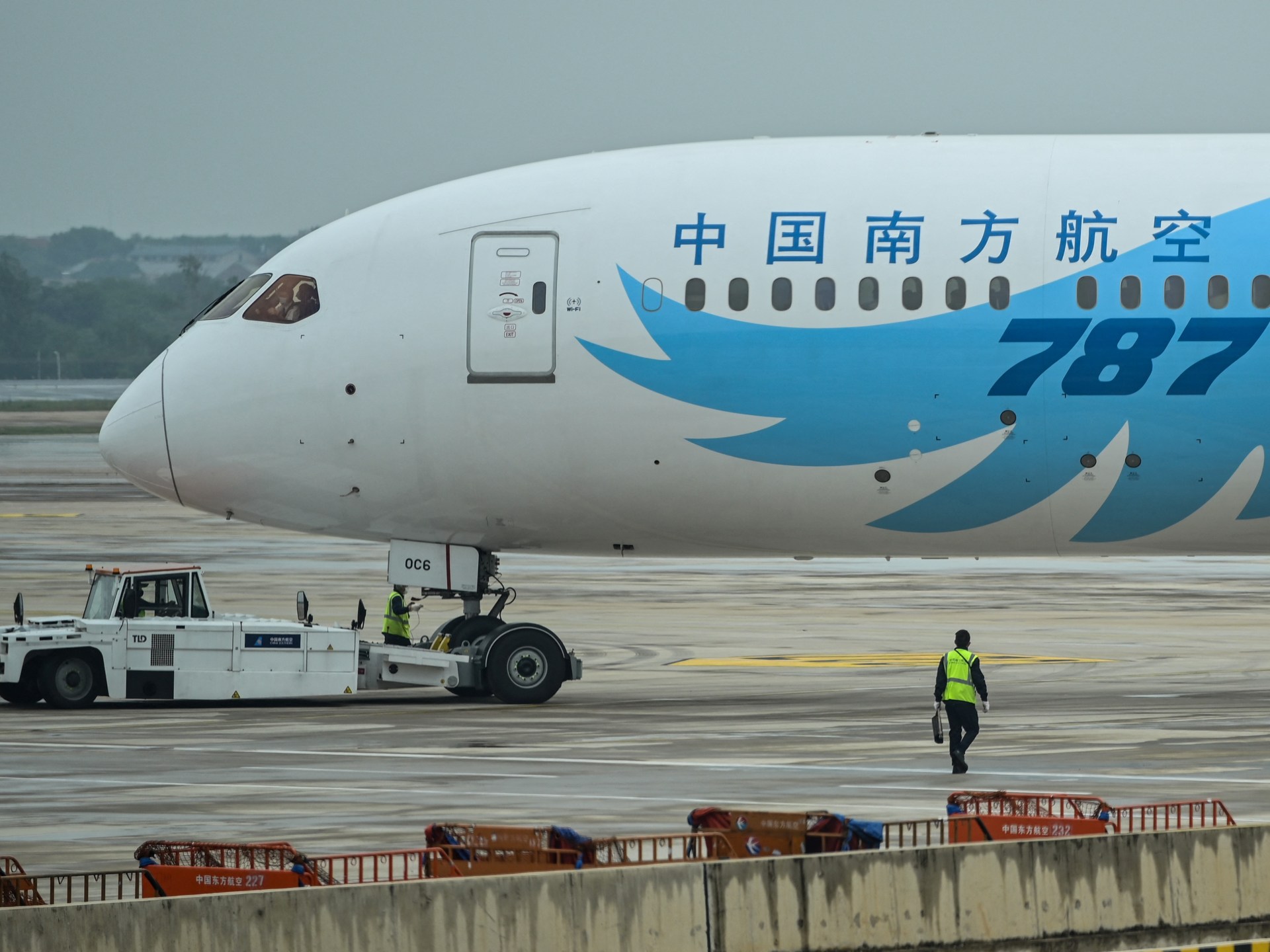 The European Union has urged member states to test wastewater from flights originating from China in response to a new wave of COVID-19 infections ripping through the world’s most populous country.

The testing of airline wastewater comes amid global concerns over the veracity of COVID data provided by the Chinese government and is one of several recommendations by the European Council to EU member countries, including requiring pre-departure tests on passengers from China and also random testing of passengers on their arrival.

Experts say while the testing of wastewater from flights that originate in China will not prevent infected passengers from passing the virus on to others, it will provide a glimpse into the scale of the outbreak in that country and whether any new variants are emerging there that are not common in Europe.

How does wastewater testing work?

The process involves examining the mixture of urine and faeces from the toilets of flights that have arrived from China. The wastewater can then be analyzed to discover roughly what percentage of the passengers have COVID-19, as well as the particular variants of the virus they might have.

Local authorities collect the wastewater directly after the aircraft lands and send it to laboratories for testing. Once the virus has been detected, its genome is sequenced to find out if it is a known subvariant or a new variant.

Wastewater can also be collected from an entire airport, but this makes it impossible to determine which country the samples originated from.

Belgium, Canada, Austria and Australia are among the countries that already have indicated they will test the wastewater of planes coming from China.

The United States is also considering the measure, according to US media reports.

Why are countries considering these measures?

Infections have soared in China since last month when it started lifting its “zero-COVID” measures, including strict lockdowns and mass testing, which have been in place since the start of the pandemic.

The outbreak in China has overwhelmed hospitals and funeral homes, and health experts have warned that the explosion of cases in the country of 1.4 billion people could provide a fertile breeding ground for new strains.

The World Health Organization (WHO) said data from China shows that no new variant has been found there yet. But data being published by China under-reports hospital admissions and intensive care unit patients, “particularly in terms of death”, according to the WHO.

Health experts say testing wastewater samples from airlines on which passengers from China travel allows countries to find out about possible new variants that could change the trajectory of the pandemic, as Omicron did in late 2021.

Antoine Flahault, director of the Institute of Global Health at the University of Geneva, said testing wastewater samples will also “offer a window into what is currently happening in China”, especially with “doubts about the transparency and diligence of the official health information coming in”. from the Chinese government”.

“Knowing that 30 to 50 percent of passengers from China are currently infected is useful, in the absence of reliable figures,” he said.

Monitoring wastewater is much easier to carry out – and far less invasive – than testing arriving passengers at airports.

The European branch of the International Airports Council lobbying group, which has lashed out at plans for screening passengers from China, has instead called for increased wastewater surveillance.

What are the limitations?

While examining wastewater “works remarkably well”, it does not give an “exhaustive view” of the infections or variants passengers on board the plane, French virologist Vincent Marechal told the AFP news agency.

One limitation is that wastewater can only be monitored by those passengers who actually use an onboard toilet during a flight. It also takes days to collect the water, conduct tests, and then sequence and analyze the findings, which cannot be broken down to individual passengers. This offers few avenues to act quickly on the results when they are known.

“Once you have the information, what can you do with it? Call back all the people who were on the plane,” asked Marechal.

“It is interesting, but it is already too late for the measures that one can take.”