What Canadian travelers need to know about the capture of El Chapo’s son, violence in Mexico 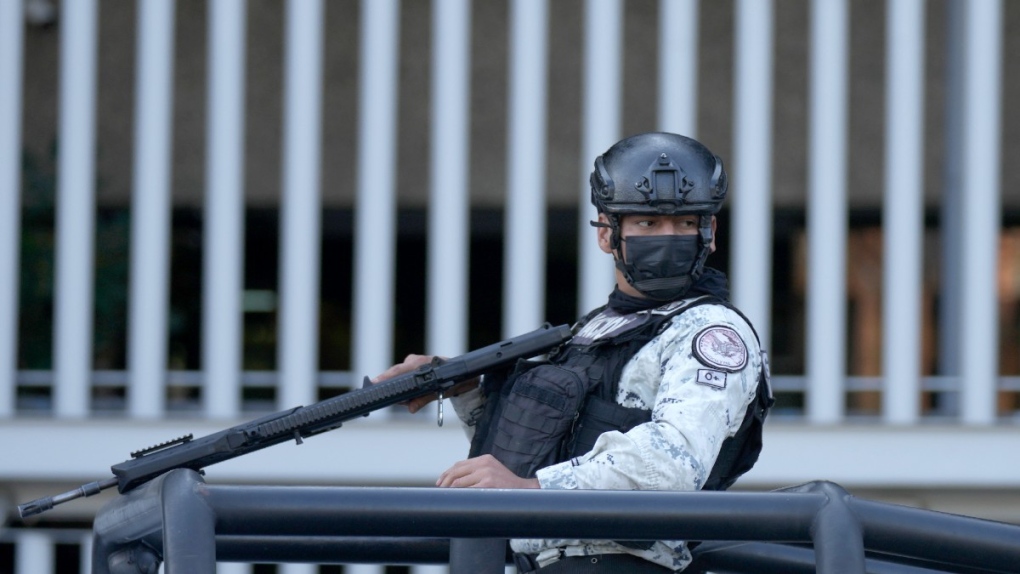 The capture of a son of one of the world’s most notorious drug kingpins sparked a wave of violence in Mexico’s northwestern Sinaloa state this week.

Members of the Sinaloa cartel engaged in gunfights with the Mexican military after it had captured Ovidio Guzmanone of the sons of former cartel boss Joaquin “El Chapo” Guzman, on Thursday.

The violence occurred mainly in the Sinaloa cities of Culiacan, Los Mochis, Mazatlan and Guasave but resulted in some flights being canceled and Canadians left barricaded in their hotels.

Culiacan, the capital of Sinaloa state, is more than 1,200 kilometers away from Mexico City by car.

Here is what we know about what led to the fighting:

WHO IS OVIDIO GUZMAN?

Ovidio Guzman Lopez, also known by his nickname “the Mouse,” is wanted in the United States on a drug-related indictment.

He and his brother, Joaquin Guzman, were indicted in April 2018 by a federal grand jury in Washington, DC, with conspiracy to distribute cocaine, methamphetamine and cannabis.

Mexico Defense Secretary Luis Cresencio Sandoval has described Ovidio as the leader of a Sinaloa faction called “los menores” or “the juniors,” also known as “los Chapitos” in reference to the sons of “El Chapo.”

Ovidio’s father, “El Chapo,” is currently serving a life sentence in the US following his 2019 conviction on drug trafficking and conspiracy charges.

Particular attention has been paid to Ovidio over his alleged involvement in the production of fentanyl,

The US Centers for Disease Control and Prevention said in May 2022 that more than 107,000 Americans are believed to have died from drug overdoses in 2021, with more than 71,000 the result of fentanyl and other synthetic opioids.

An attempt in October 2019 to capture Ovidio on a US extradition request ended after a gunfight left at least eight people dead.

The US government, meanwhile, has offered a US$5 million reward for information leading to the “arrest and/or conviction” of Ovidio.

The latest violence began after Mexican security forces captured Ovidio in a pre-dawn raid on thursday.

Cartel members set up roadblocks, including at Culiacan’s airport, outside a local army base and points of entry to Culiacan, in response but Sandoval said the air force still managed to fly Ovidio to Mexico City.

However, alleged cartel members also responded to the capture by carjacking Culiacan residents and setting vehicles on fire.

Mexico’s Civil Aviation Agency said airports in Culiacan, Los Mochis and Mazatlan were ordered closed on Thursday and all flights canceled for security reasons. Bullets struck at least one civilian jet and an air force plane.

As of Friday, at least 10 military personnel, one police officer and 19 suspected Sinaloa cartel members had been killedwith dozens more wounded.

The capture came days before Mexico President Andres Manuel Lopez Obrador is set to host US President Joe Biden and Prime Minister Justin Trudeau next week for the North American Leaders’ Summit, sometimes referred to as the “Three Amigos” Summit, in Mexico City on Jan. 10.

The summit is still expected to take place, with a source in Trudeau’s office telling CTV News they are watching the situation in Mexico closely,

HOW HAS THIS IMPACTED CANADIANS?

The violence left some Canadian tourists in Mexico barricaded in their hotels on Thursday and Friday.

The federal government is advising travelers in Sinaloa to shelter in place if possible and avoid areas with large gatherings.

In its travel notice for mexicoThe Culiacan and Mazatlan airports reopened on Friday, the Canadian government says. Flights from Mazatlan to cities in Western Canada are scheduled for saturday,

Canada’s Ambassador to the US, during an interview with CTV News’ Chief Political Correspondent Vassy Kapelos, urged Canadians in Mexico to reach out to the Embassy of Canada forassistance.

Mexico is a popular tourist destination for Canadians, who often frequent areas such as Cabo, Cancun, Mazatlan, Playa Del Carman and Puerto Vallarta.

Saskatchewan-based travel agent Lori Smith told The Canadian Press that while “unsafe and scary things” do happen in Mexico, it is something that occurs everywhere.

“I send a lot of people to Las Vegas or Orlando, Fla., and the crime rates are high in those areas as well,” Smith said, adding that no matter the destination, “Have your wits about you.”


With files from Senior Digital Parliamentary Reporter Rachel Aiello, The Canadian Press and The Associated Press