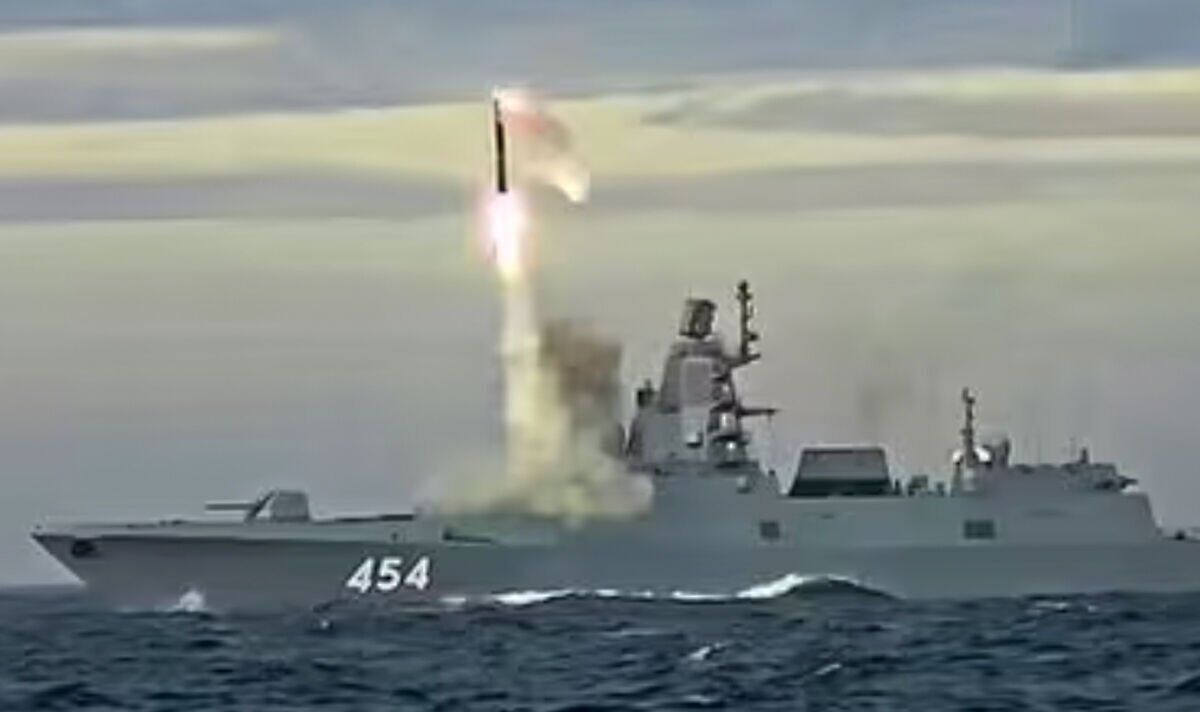 Russian warships moving through the Norwegian Sea happen often but the drill is especially notable because of the strength of the weaponry on board.

Norway’s Armed Forces have stressed the ship is legally within international waters but that they are “closely monitoring any movements”.

Reacting to the ship’s departure from the Severomorsk port on January 4, Vladimir Putin said: “Today we have an important, if not landmark, event: the frigate Admiral Gorshkov is departing for a long-distance naval mission.

“There is nothing unusual here, this is common practice; but this time the ship is equipped with the cutting-edge Zircon hypersonic missile system, which has no analog.