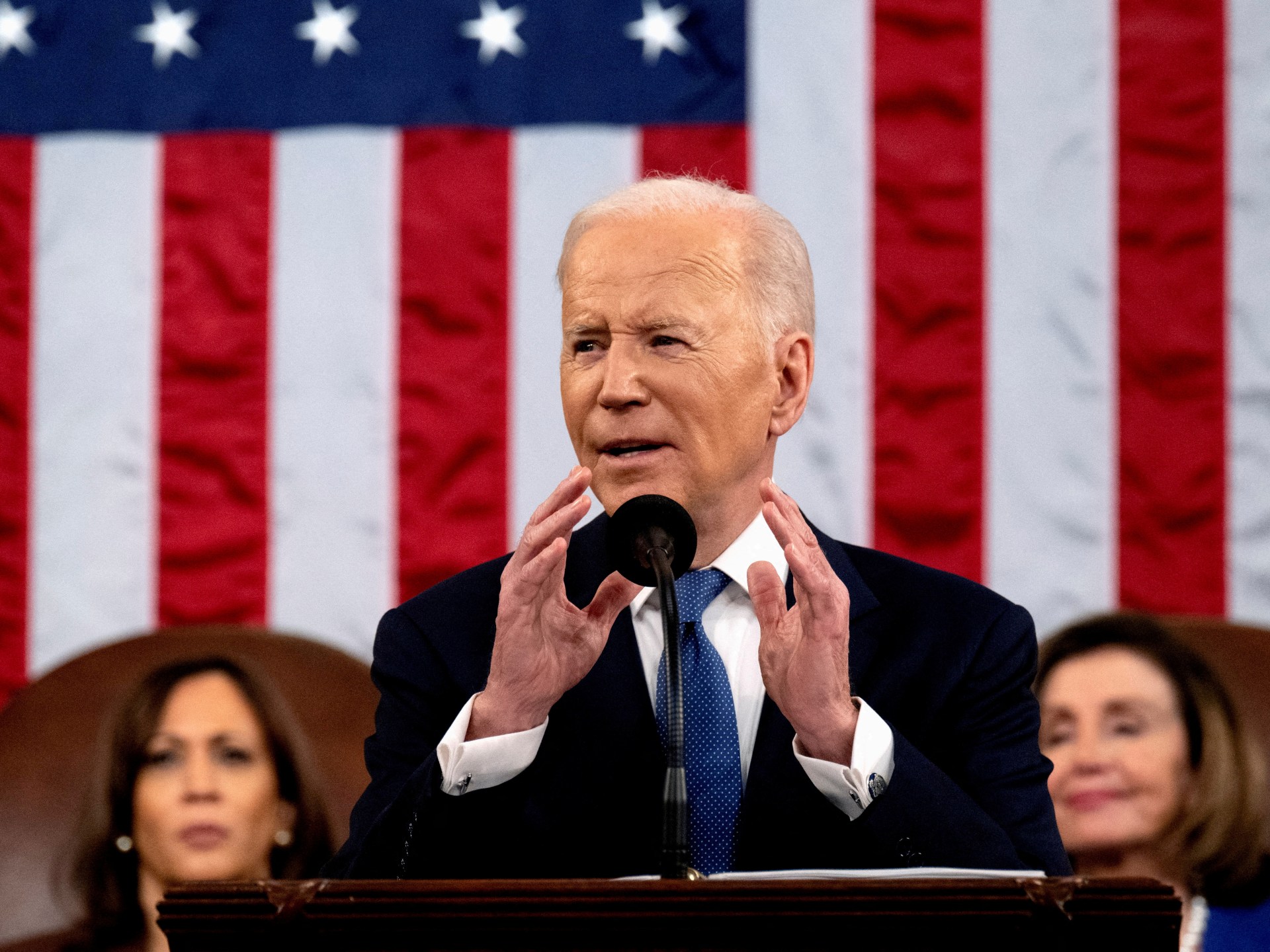 United States President Joe Biden has announced he will deliver the annual State of the Union address on February 7, giving him a chance to present his legislative agenda before both chambers of Congress.

As per tradition, the Republican House Speaker Kevin McCarthy issued a formal invitation on Friday for the president to speak, which Biden accepted later that day.

“The new year brings a new Congress, and with it, a responsibility to work toward an economy that is strong, a nation that is safe, a future that is built on freedom, and a government that is accountable,” McCarthy wrote in his invite.

The speech will be the first time Biden addresses a joint session of Congress since Republicans took control of the US House of Representatives in the new year.

The results of the November midterm elections left the US with a split Congress: The House is now in Republican handswhile Biden’s Democratic party retains control of the senate,

The Republican-controlled House is expected to block progress on Biden’s legislative agenda for the remainder of his first term in office, which ends in 2024. Biden, however, has expressed hope that legislators will work toward solutions to some of the problems facing the country. .

Earlier this year, Biden appealed for bipartisanship in an appearance with Senate minority leader Mitch McConnell, a Republican, in Kentucky.

“We disagree on a lot of things,” Biden said of his relationship with McConnell. But, he added, their collaboration on infrastructure spending “sends an important message to the entire country: we can work together”.

Those hopes for bipartisanship face an increasingly empowered right flank of the Republican Party, which has signaled a confrontational stance toward the Democratic president.

McCarthy’s election to the speakership earlier this month, when he became the presiding officer in the House, came at the cost of numerous concessions to far-right voices in his party.

After a historic 15 votes, McCarthy earned the gavel. And in the days since, the House has proceeded to vote on priorities outlined during the speakership negotiations.

On Wednesday, the House launched a long-promised investigation into Biden and his family, zeroing in on financial transactions and questions about his Son Hunter Biden,

Biden has also faced scrutiny over his handling of classified documents, with McCarthy calling for a congressional investigation. The US Justice Department has already appointed a special counsel to conduct a probe.

Immigration has likewise proven to be a flashpoint between the Biden administration and the Republican party, with Biden making his first visits to the US-Mexico border on Sunday amid criticism over an increase in undocumented refugee crossings.

And in the coming months, Biden faces a confrontation with House Republicans over increases to the debt ceilingthe limit set on federal borrowing.

As it approaches that debt limit, the US government may have to suspend its functions and services. The Bipartisan Policy Center estimates that the Treasury Department could halt investments in some federal pension funds as soon as this week.

Some House Republicans have already promised to oppose any increase to the debt ceiling, with South Carolina’s Ralph Norman calling it a “non-negotiable item”.

But Biden’s White House has taken a strong line on future haggling. “Attempts to exploit the debt ceiling as leverage will not work. There will be no hostage-taking,” White House Press Secretary Karine Jean-Pierre said.

As he heads into February’s State of the Union, Biden also faces pressure from within his party, for example in the wake of new restrictions for asylum seekers,

With more ambitious policy goals like expanded gun control and climate change action likely to stall in the divided Congress, the president may use February’s speech to highlight key victories during his first years in office.

They include large spending bills that, among other things, lowered the cost of prescription drugs for some people on government healthcare, money poured into updating the country’s infrastructure and made investments in renewable energy to combat climate change.

The State of the Union is held each year in the US House of Representatives.