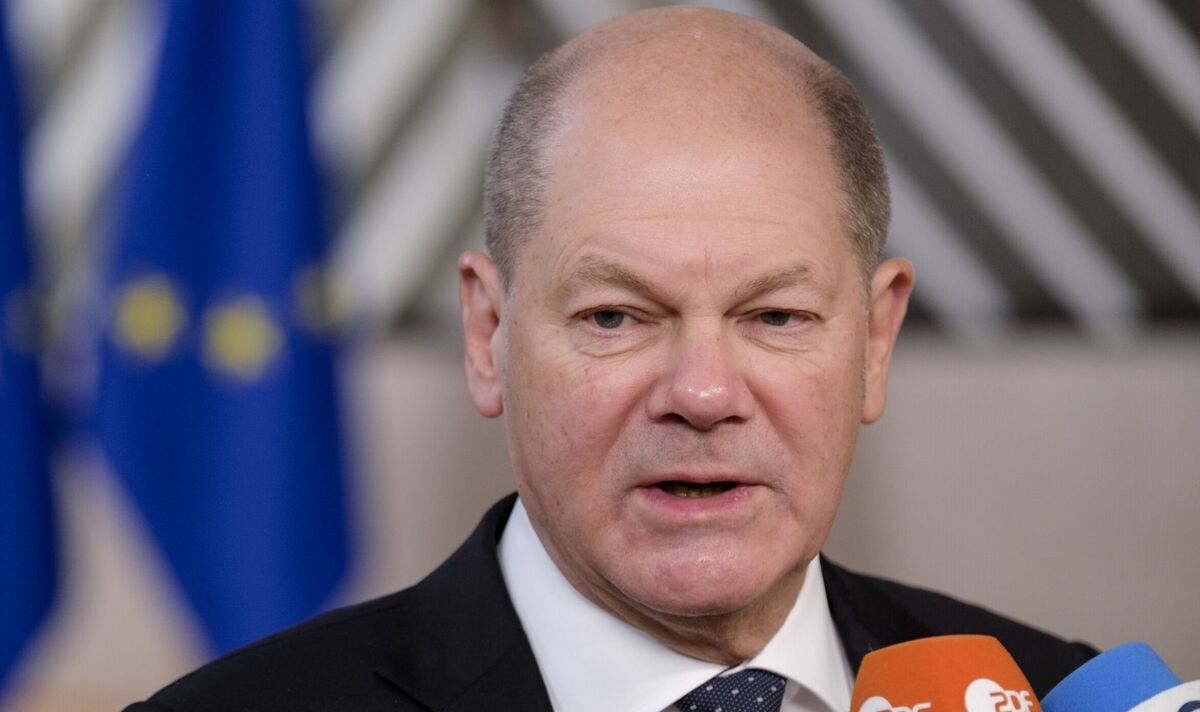 German chancellor Olaf Scholz is refusing to send advanced tanks to Ukraine, sparking frustration from Western allies, including the UK and the US. Last week Germany announced it would supply Ukraine with around 40 Marder armored personnel carriers.

EU members France and Poland are urging Berlin to send Leopard 2 tanks instead as part of a broad bloc coalition.

But Mr Scholz has so far refused to budge on the issue, going even further by vetoing any re-exports of German tanks by partners such as Spain.

But as both the UK and the US mull sending more advanced tanks to Kyiv, pressure is mounting on Berlin to cave in.

UK Defense sources have confirmed “talks are ongoing” with the government in Kyiv regarding the possible supply of British Army Challenger 2 main battle tanks.

There was no immediate detail as to how many tanks could be shipped or when the delivery could take place.

If it goes ahead it would represent a significant stepping up of western support to Ukraine.

“These conversations have been taking place. The talks are ongoing,” a senior UK defense source said.

So far, NATO members have pulled back from supplying Kyiv with tanks because of concerns over the reaction in Moscow.

If Britain does go ahead, it could be a signal for other allies such as Germany and the United States to follow suit.

While Poland and Finland indicated their readiness to send some of their Leopard 2 tanks, that would require approval from Germany, which holds the export license.

“We have provided over 200 armored vehicles to Ukraine to date – including Stormer vehicles armed with Starstreak missiles,” a spokesman said.

“We have also donated tens of thousands of items including helmets and body armour, mobility and logistics vehicles, anti-tank weapons, air defense missiles and systems, winter and medical equipment.”

It comes as the US administration already announced it will send Bradley armored vehicles to Ukraine for the first time. The armored carrier is used to transport troops to combat and is known as a “tank-killer” because of the anti-tank missile it can fire.