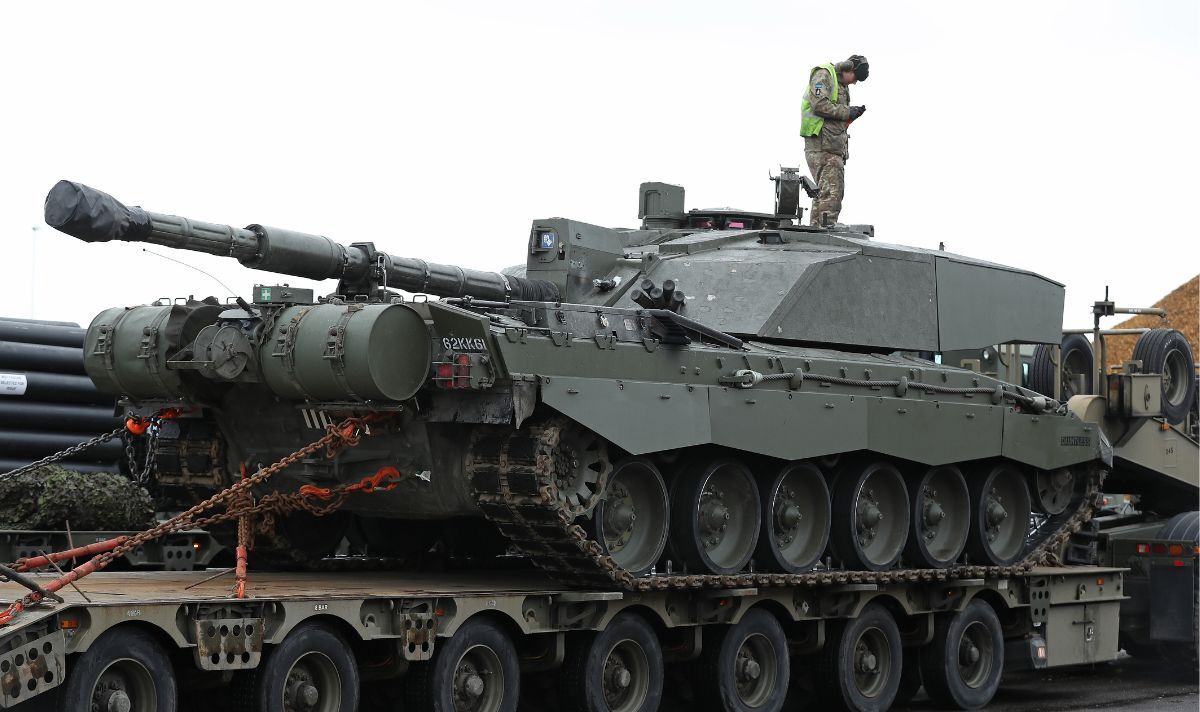 The UK Government is reported to be weighing up a shipment of Challenger-2 tanks to bolster the Ukrainian resistance against Russia, Britain’s move would be the first of its kind and would likely encourage other western militaries to donate their own stocks of tanks to Ukraine, according to Philip Ingram MBE, a former colonel in the British Army. The UK is considering supplying Ukraine with British tanks for the first time to fight Russia’s invading forces, Sky News understands. Discussions have been taking place “for a few weeks” about delivering a number of the British Army’s Challenger 2 main battle tanks to the Ukrainian armed forces, a Western source with knowledge of the conversations said. Such a move would mark a significant step-up in Western support to Ukraine and could help prompt other NATO allies, in particular Germany, to follow suit.

Mr Ingram told Express.co.uk: “The UK stating they could supply Ukraine with up to 10 Challenger 2 tanks is a game changer for Ukraine’s military capability.

“It is as much a political measure as it is provision of military capability as it will likely stimulate other NATO members to contribute Main Battle Tanks and in particular Leopard 2.

“These combined with the recently announced Marder and Bradley Infantry Fighting Vehicles will give the Ukrainians a real capability that has a proven ability to overmatch anything the Russians have and will be taken by Russia as a significant escalation.

“Whilst the UK has very few tanks they are one of the most capable platforms on the battlefield.”

He added: “The biggest issue will be logistic support as they need a lot of maintenance and ammunition that is different from that for the Leopard tanks as the Challenger has a rifled barrel and not a smoothbore barrel.

“It will take time to train crews how to fight with them properly but once deployed they are a significant enhancement.”

It comes as Elon Musk sparked a furious Twitter backlash from a former US general for arguing that Ukraine should not be relying on tanks to fight against Putin’s invasion.

Musk made the comments as Kyiv welcomed a shipment of tank-killing armored vehicles as part of the latest multibillion-dollar package of military aid to arrive from the US.

The package has stopped short of sending assault tanks, something Ukraine has been calling for.

Ukrainian President Volodymyr Zelensky raised the issue of tanks in a video message thanking France’s Emmanuel Macron for the gifting of AMX-10s.

Zelensky said: “There is no rational reason why Ukraine has not yet been supplied with Western tanks.”