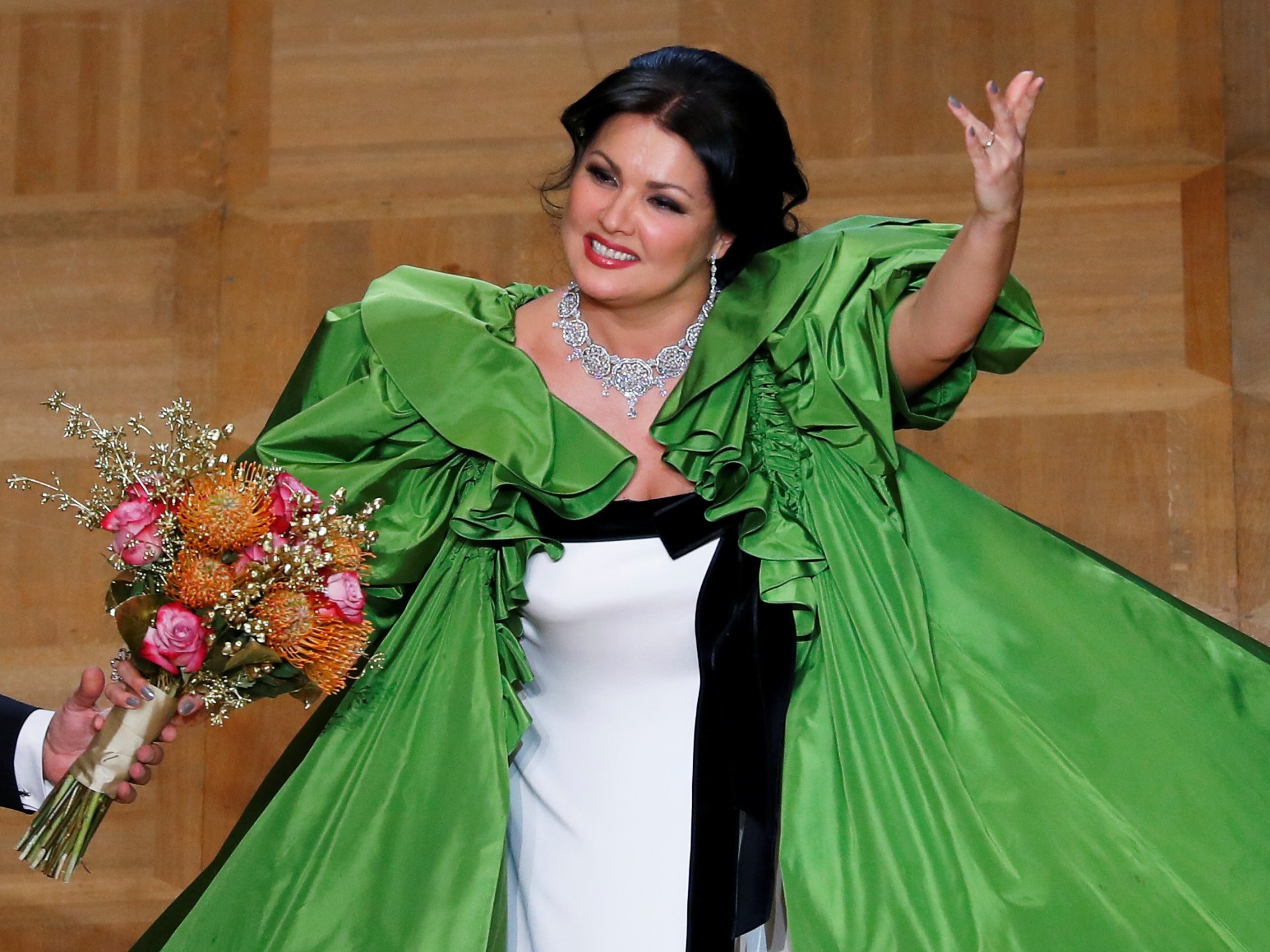 The list includes Vienna-based opera singer Anna Netrebko and 118 others.

Ukraine has placed dozens of Russian artists and other public figures on a sanctions list, according to a decree published by the president’s office.

The announcement on Saturday lists big names from the world of opera, film and pop music amid the ongoing war in Ukraine,

One of the most well-known names is that of Vienna-based opera singer Anna Netrebko, who has come under fire for being too close to the Kremlin and too uncritical of Russian President Vladimir Putin.

In February last year, Netrebko said she was “opposed” to the war.

“I am Russian and I love my country but I have many friends in Ukraine and the pain and suffering right now breaks my heart.”

She added that forcing artists and other public personalities to give their “political opinions in public and to denounce their homeland” was not right.

Netrebko and 118 others, including three Ukrainians, will have any assets in Ukraine frozen. The sanctions will be in effect for 10 years, the TASS news agency reported.

Ukrainian media also reported that President Volodymyr Zelenskyy revoked the citizenship of 13 clergy members of the Ukrainian Orthodox Church at the end of December. It was not known who the individuals are.

Traditionally, the Ukrainian Orthodox Church has had close ties with Russia and only broke away completely from Moscow after the Russian
The invasion started last February.

The leadership in Kyiv sees the church’s links to Russia as a threat to the country’s security.