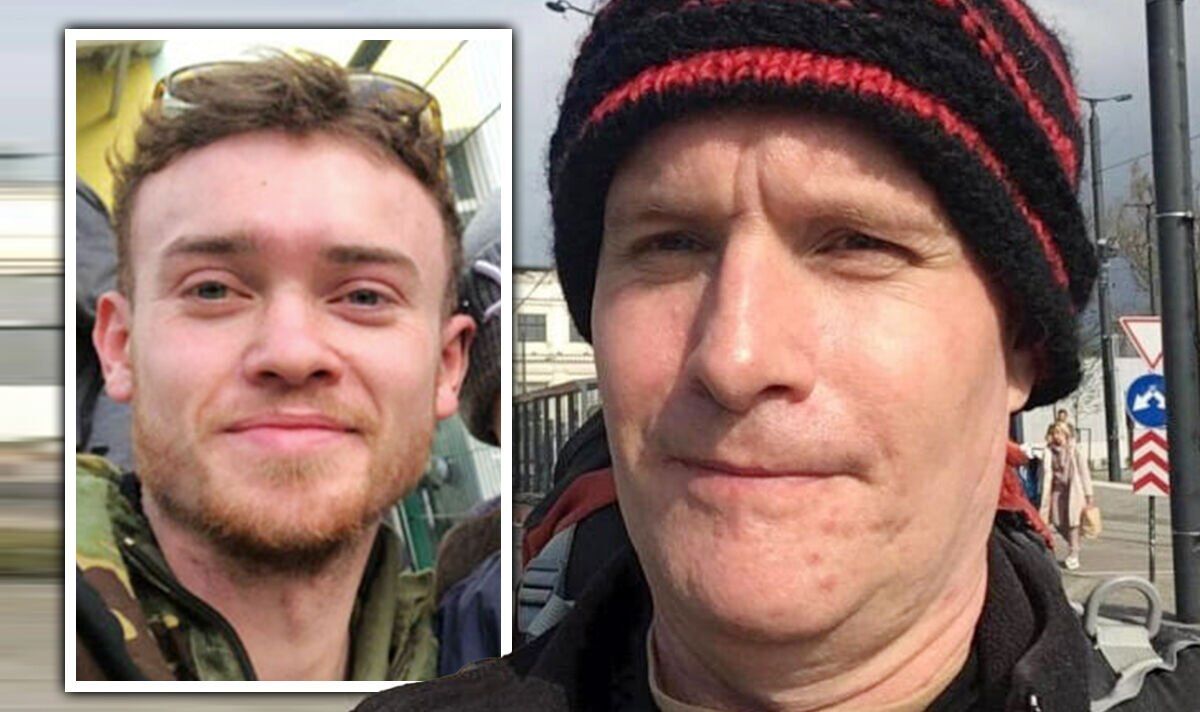 National Police of Ukraine announced it on Facebook, writing in a post: “On January 7, around 5:15 pm, the duty unit of the Bakhmut district police department received a report of the disappearance of two volunteers – citizens of Great Britain, aged 28 and 48. It is known that the day before, January 6, at eight o’clock in the morning, Andrew Bagshaw and Christopher Parry left Kramatorsk for Soledar, but contact with them was lost.”

The police are carrying out investigative and operational measures to establish the location of the missing persons.

According to the specified fact, criminal proceedings have been opened under Clause 1, Part 2 of Article 115 (missing persons) of the Criminal Code of Ukraine.

Mr Bagshaw, who was born in the UK, is also a New Zealand citizen.

A statement on behalf of his parents was released this morning, which read: “Andrew is a very intelligent, independently-minded person, who went there as a volunteer to assist the people of Ukraine, believing it to be the morally right thing to do .

“He was born in the UK, and Philip and Susan are very grateful for all the agencies from both London and NZ, who are working so hard to find him. They are particularly grateful to Kiwi KARE, an NGO working with volunteers in Ukraine.

“Andrew’s parents love him dearly and are immensely proud of all the work he has been doing delivering food and medicines and assisting elderly people move from near the battlefront of the war.”

Speaking to Sky News in December, Mr Parry explained how he joined other volunteers on a rescue mission in Ukraine to help people escape bombed areas.

He said: “I went to a military command unit and spoke to a number of soldiers who described Bakhmut as the ‘worst place they had ever been’. They were saying ‘this isn’t war, this is hell’. They call it the gray zone, because no one really has control, you could just bump into a Russian at any moment.

“Missiles were landing on the building next door, the roof was shaking. I asked the soldiers, how feasible is it to get to the location of the next evacuee, and they said it was 50/50 you were going to get shot at by tank.

“They kept saying ‘you’re crazy, you’re crazy’ and they gave me an emblem from World War II which they took off a Russian which they had killed. It was a Nazi swastika from 1939.”

Asked what he plans to do now he doesn’t have access to a 4×4, Mr Parry said: “I have a Mercedes Sprinter van, which is capable of going to the majority of places, but not the most vulnerable.

“I think people trying to evacuate now are either being shot dead or being forced to become Russian for the rest of their lives.

“That is why I was willing to risk it, because I know that these people will be executed out on the street or shipped off. Of course I’ll continue to work as much as I can, in areas that aren’t as dangerous But I am here to go to the most vulnerable to try and help.

“I am willing to go to the places that a lot of people aren’t.