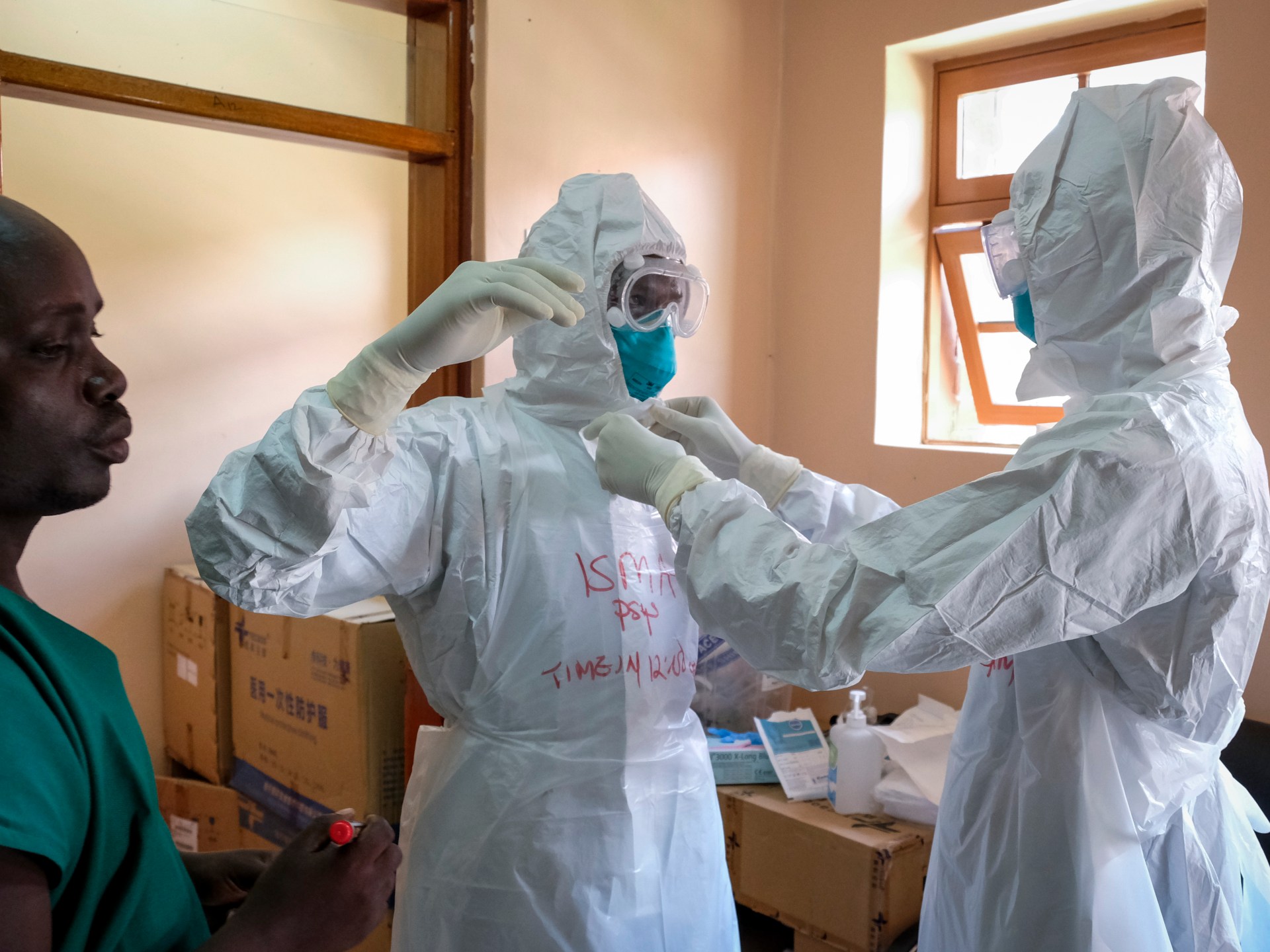 The continental health body says the Ebola outbreak will be over if no new cases are reported in Uganda by January 10.

Africa’s top public health body has said the Ebola outbreak in Uganda was coming under control, as it had been 39 days since the last confirmed case of the virus was reported in the country.

The Africa CDC’s acting director, Ahmed Ogwell Ouma, told a news briefing on Thursday that if no new cases were reported in Uganda by January 10, then the outbreak would be over.

Officials first confirmed the outbreak in September and said it was the Sudan strain of the disease, for which there is no proven vaccine.

In December 2022, Uganda discharged its last known Ebola patient from hospital and President Yoweri Museveni lifted all Ebola-related movement restrictions, reflecting progress in curbing the spread of the virus.

Ouma praised Uganda’s excellent coordination of Ebola-containment measures, saying it had taken about 70 days to bring the outbreak under control with 142 confirmed cases and 55 deaths.

Vaccine trials against the Sudan strain of Ebola were continuing, he added.

African health authorities have made a concerted effort to boost their readiness to respond to Ebola following a devastating outbreak of the Zaire strain of the disease in West Africa in 2014-2016 that killed 11,300 people, mostly in Guinea, Sierra Leone and Liberia.

Ebola causes vomiting, bleeding and diarrhea and spreads through contact with the bodily fluids of the infected. The virus can sometimes linger in the eyes, central nervous system and bodily fluids of survivors and flare up years later.

The World Health Organization says a country needs to pass 42 days – twice the maximum incubation period – after the last confirmed case for it to be declared Ebola-free.