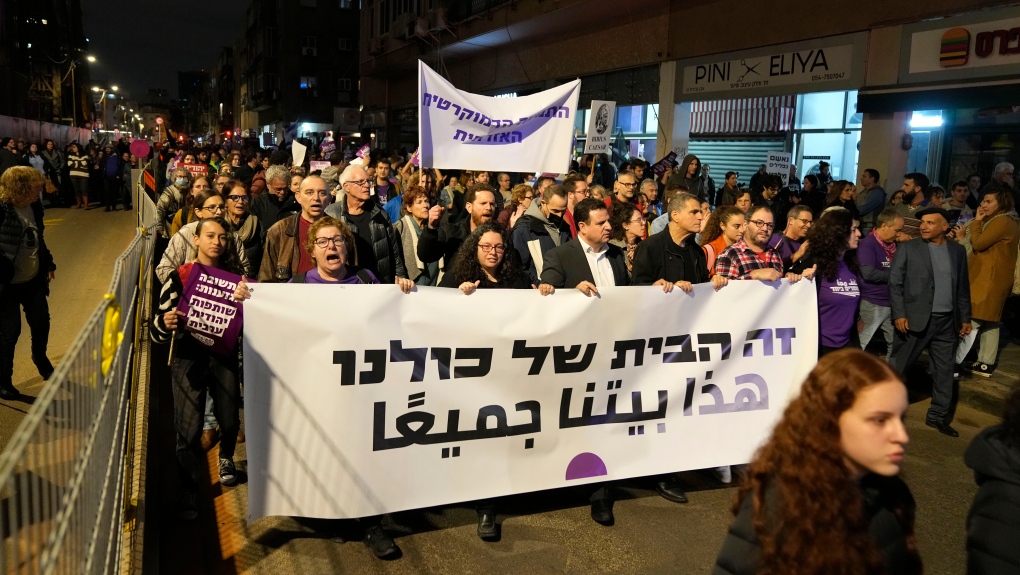 The protesters gathered in the central city of Tel Aviv days after the most right-wing and religiously conservative government in the country’s 74-year history was sworn in.

“The settler government is against me,” read one placard. Another banner read, “Housing, Livelihood, Hope.” Some protesters carried rainbow flags.

The protest was led by left-wing and Arab members of the Israeli parliament, the Knesset. They contend that the proposed plans by the new Cabinet will hinder the judicial system and widen societal gaps.

The left-wing protesters slammed Justice Minister Yariv Levin, who on Wednesday unveiled the government’s long-promised overhaul of the judicial system that aims to weaken the country’s Supreme Court.

Critics accused the government of declaring war on the legal system, saying the plan would upend Israel’s system of checks and balances and undermine its democratic institutions by giving absolute power to the new governing coalition.

Protesters also called for peace and co-existence between Jews and Arab residents of the country.