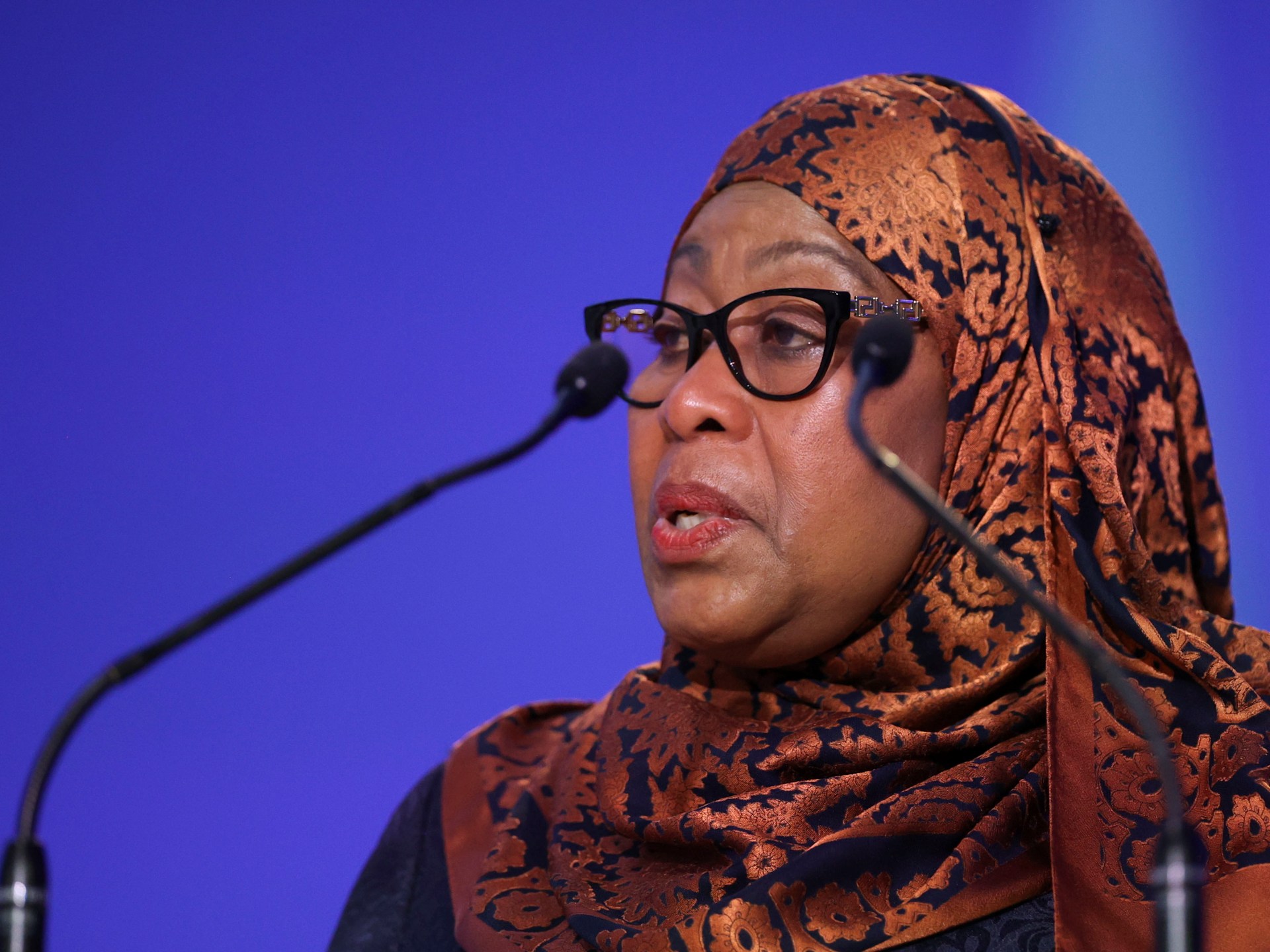 Her predecessor John Magafuli banned political rallies by opposition groups in the country in 2016.

Tanzania’s president Samia Suluhu Hasan has lifted a ban on opposition rallies imposed in 2016 by her strongman predecessor, in an overture to political rivals seeking the restoration of democratic traditions.

“According to our laws, it is the right of political parties to hold their public meetings… my presence today in front of you is to give permission… that the announcement to prevent public meetings is now lifted,” local news outlet ITV, reported Hassan. as saying on Tuesday.

She was speaking to leaders of Tanzania’s 19 registered political parties during a meeting at her office in the capital Dar es Salaam.

“Just inform us as the laws require. Security organs will evaluate your requests. If there is any threat, they won’t allow you, but for the step we are in right now, they will definitely allow you to conduct your rallies,” added Hassan, who said her decision to lift the ban was part of her strategy. of Reconciliation, Resilience, Reforms and Rebuilding the nation, dubbed 4Rs.

The ban was proscribed by former President John Magufuli in 2016 during his first term. Initially meant to apply to all political parties, critics said it targeted only the opposition.

In 2018, the Magafuli-led government passed a law forcing bloggers, social media influencers and online platforms to apply for a license and pay a one-time fee of $930 to keep their sites up.

Three years on, Hassan took office after the death of Magufuli who was nicknamed “The Bulldozer” by many who said he curbed free speech and targeted dissidents.

The incumbent president is constitutionally serving the remainder of Magufuli’s second five-year term, which ends in 2025.

She has also been accused of carrying on with Magufuli’s authoritarian tendencies.

Despite seeking to make conciliatory moves to the opposition since taking office, critics have branded Hassan a “dictator” and fears remain about the state of political and media freedoms.

In 2021, a newspaper owned by the ruling party was suspended for publishing a story saying Hassan would not run for office in 2025.

His supporters said the case was a politically motivated move to crush dissent, and Mbowe has accused police of torturing him during his time in custody.

But Hassan also previously lifted a ban on four newspapers and during a visit to Brussels last year, she met Tundu Lissu, an exiled opposition leader.