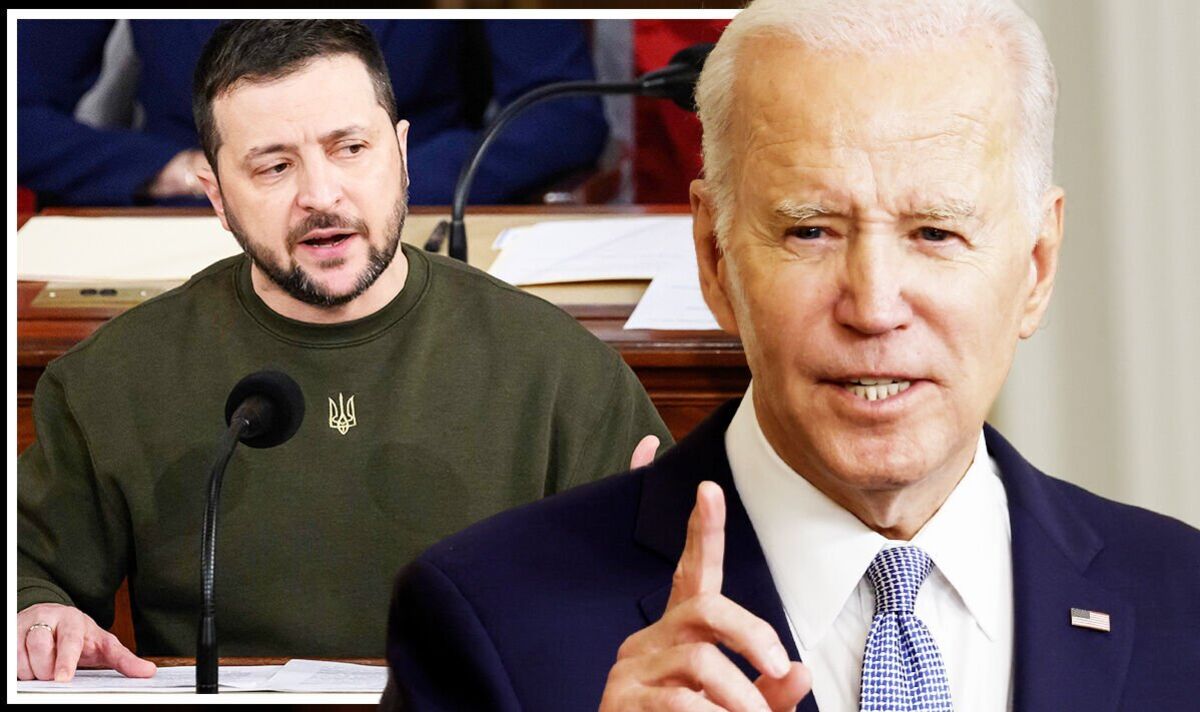 The latest multi-billion dollar package of military assistance announced on Friday is the biggest to date. For the first time, it includes Bradley armored vehicles – known as “tank killers” because of the missiles they fire.
In his nightly televised address on Friday, as his people prepared to celebrate yesterday’s Orthodox Christmas, Ukraine’s president called it “a very powerful package”.

France and Germany have already agreed to provide light tanks to Ukrainian forces although their reluctance to supply main battle vehicles remains.

The “tank killers” are part of the latest $3 billion military aid package to come from the US.

President Zelensky, above, said: “We will get Bradley armored vehicles – this is exactly what is needed. New guns and rounds, including high-precision ones, new rockets, new drones. It is timely and strong.”

He thanked Joe Biden, US lawmakers and “all the Americans who appreciate freedom, and who know freedom is worth protecting”.

Last week, the Sunday Express revealed Russian commanders fear the US deployment of Patriot missile batteries to knock out ballistic missiles, describing them as a “game changer”.

The escalation comes as both sides face an ongoing stalemate, with Russian forces now embedded behind the River Dnipro following their retreat from Kherson.

As missiles continued to rain down on the beleaguered city, despite Russian leader Vladimir Putin calling a “Christmas ceasefire”, the war of attrition against Ukrainian infrastructure and Western resolve is all part of the dictator’s plan.

While he is expected to deploy a further 200,000 troops in coming weeks, military analysts say these will be used to sap resources rather than for territorial gains.

Although Western support remains high, leaders are aware they are under increasing pressure to help Kyiv secure gains before the onset of “Ukraine apathy”.

Justin Crump, of the Sibylline strategic risk group, said: “These recent announcements show Putin is today failing to sap Western resolve. But this momentum is important because the West is fighting against time, too. It knows it simply cannot prolong this war forever. They need to help Ukraine break the stalemate.

“European support is significant, but is dwarfed by US support. Ukraine could prevail if it only had US backing. It would be unlikely to fare so well, militarily and economically, if it only had European backing.”

France’s decision on Monday marked the first time any Western nation has sent fighting vehicles to the Ukrainian front.

Some experts suggest the French have now surpassed the UK as Europe’s leading force in the fight against Russian aggression.

“Unfortunately, we have nothing to send in terms of fighting vehicles,” Mr Crump said. “Our Warriors (armoured combat vehicles) have worn-out frames and we cannot upgrade them. But it is worth remembering that, without the UK’s early intervention, none of this may be happening.”