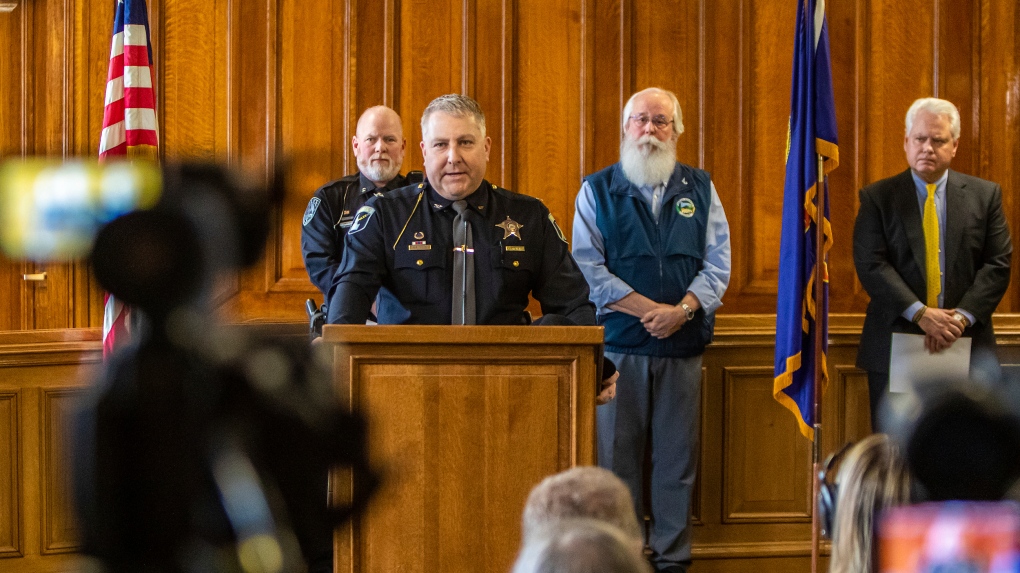 A suspect arrested in connection with the slayings of four University of Idaho students plans to waive an extradition hearing so he can be quickly brought to Idaho to face murder charges, his defense attorney said Saturday.

Bryan Kohberger, a 28-year-old PhD student and teaching assistant in the Department of Criminal Justice and Criminology at Washington State University, was taken into custody early Friday morning by the Pennsylvania State Police at his parents’ home in Chestnuthill Township, authorities said. .

Investigators obtained samples of Kohberger’s DNA directly from the suspect after he was arrested, Dahlinger said.

“He’s the one that we believe is responsible for all four of the murders,” he said.

Bill Thompson, a prosecutor in Latah County, Idaho, said during a press conference Friday that investigators believe Kohberger broke into the University of Idaho students’ home near campus “with the intent to commit murder.” The bodies of the students — Kaylee Goncalves, Madison Mogen, Xana Kernodle and Ethan Chapin — were found on Nov. 13, several hours later investigators believe they died.

The arrest in the disturbing case brought a sense of relief to the small northern Idaho college town after weeks passed with little information released by police. But it has also raised questions about whether the suspect knew the victims, what he has been doing in the weeks since the killings and how authorities tracked him down in Pennsylvania.

Many of those details will be released after Kohberger makes his first appearance in an Idaho courtroom, Dahlinger said. State law prohibits police from releasing most investigation records while the investigation is underway, and investigators kept many details about the investigation secret to avoid damaging the case, he said.

“I just really hope that everybody out there can understand the ‘why’ behind us holding a lot of information close to our vest,” Dahlinger said. “This is the positive outcome that we were searching for the entire time.”

Kohberger’s attorney, chief public defender Jason LaBar, said Kohberger is eager to be exonerated and plans to tell a judge in Monroe County, Penn., on Tuesday that he will waive his extradition hearing so he can be quickly brought to Idaho.

LaBar also cautioned people against passing judgment on the case until a fair trial is held. The case has generated massive amounts of speculation on social media, with would-be sleuths suggesting possible motives and frequently trying to pin the blame for the deaths on various friends and acquaintances of the victims.

“Mr. Kohberger has been accused of very serious crimes, but the American justice system cloaks him in a veil of innocence,” LaBar wrote in a prepared statement. “He should be presumed innocent until proven otherwise — not tried in the court of public opinion.”

Police are now trying to understand “every aspect” of Kohberger, Dahlinger said. When the arrest was announced, investigators asked that anyone who knew Kohberger call a tip line to share information.

The response was immediate.

“We got 400 phone calls within the first hour after the press conference, which is great,” Dahlinger said. “We’re trying to build this picture now of him: Who he is, his history, how we got to this event, why this event occurred.”

Neighbors of the Kohberger family in Chestnuthill Township, Penn., told The (Scranton) Times-Tribune on Friday they were shocked to see law enforcement vehicles outside the home.

Eileen Cesaretti, who lives across the street, said she loves Kohberger’s parents and is fond of their son, who she said helped her and her husband around their house when he was home from school.

“I don’t think he’s capable of doing something like this. I pray to God he’s innocent,” Cesaretti said.

Nephi Duff lives next door to Bryan Kohberger at a Washington State University apartment complex for graduate students and families. He told Spokane, Washington-based television station KREM2 that recent crimes like the slayings in Moscow have left him feeling unsafe.

“I don’t recall ever seeing him around,” Duff said of Kohberger. “I thought I was moving to a safe, small community, but that hasn’t been the case recently. I just think if these things are happening right under my nose, how do I protect (my family)?”

BK Norton, a student in the WSU Criminal Justice and Criminology Department, said Friday that they didn’t know Kohberger well, but didn’t like him.

“We interacted in class, but personally I was not a fan of Bryan because of comments he had made about LGBTQ+ individuals,” he said in an email to The Associated Press. “He was a little off, but I always thought it was because he was awkward and wanted to fit in.”

Federal and state investigators are now combing through Kohberger’s background, financial records and electronic communications as they work to identify a motive and build the case, said a law enforcement official who could not publicly discuss details of the ongoing investigation and spoke to The Associated Press on condition of anonymity. The investigators are also interviewing people who knew Kohberger, including those at WSU, the official said.

Kohberger is being held without bond in Pennsylvania and will be held without bond in Idaho once he is returned, Thompson, the Latah County prosecutor, said. The affidavit for four charges of first-degree murder in Idaho will remain sealed until it is returned, Thompson said. He is also charged with felony burglary in Idaho. An extradition hearing is scheduled for Tuesday.

The students — Kaylee Goncalves, 21, of Rathdrum, Idaho; Madison Mogen, 21, of Coeur d’Alene, Idaho; Xana Kernodle, 20, of Post Falls, Idaho; and Ethan Chapin, 20, of Conway, Wash. — were members of the university’s Greek system and close friends. Mogen, Goncalves and Kernodle lived in the three-story rental home with two other roommates. Kernodle and Chapin were dating and he was visiting the house that night.

Autopsies showed all four were likely asleep when they were attacked. Some had defensive wounds and each was stabbed multiple times. There was no sign of sexual assault, police said.

Ben Roberts, a graduate student in the criminology and criminal justice department at WSU, described Kohberger as confident and outgoing, but said it seemed like “he was always looking for a way to fit in.”

“I had honestly just pegged him as being super awkward.” Roberts said.

Roberts started the program in August — along with Kohberger, he said — and had several courses with him. He described Kohberger as wanting to appear academic.

“One thing he would always do, almost without fail, was find the most complicated way to explain something,” he said.

“We’re very excited by the fact that we were able to locate Mr. Kohberger and bring him into custody, but we all still feel the sadness and the regret,” he said. “We feel terrible for the families and the loss of their loved ones.”