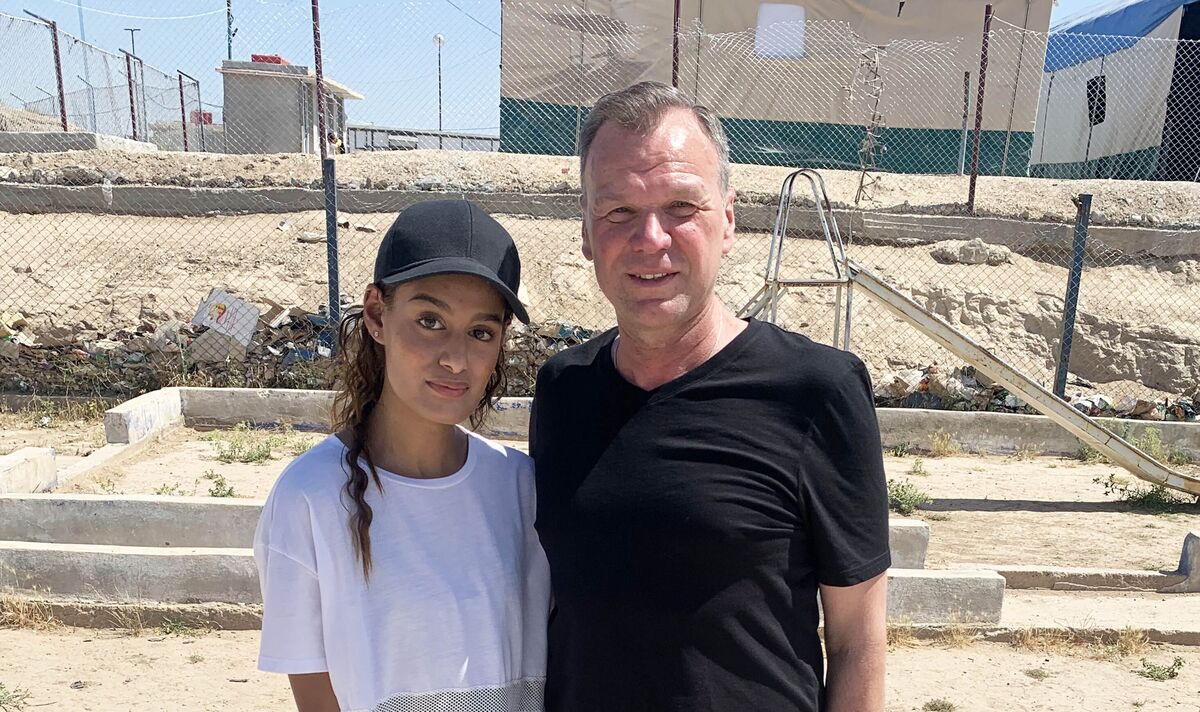 A filmmaker has slammed the BBC for not revealing their budget for traveling to wartorn Syria to film the Shamima Begum program “I’m Not A Monster”. Journalist Andrew Drury traveled himself to al-Roj camp in northeast Syria six times to see the 23-year-old former ISIS bride. In June last year during a trip for just a few days he said security and accommodation could cost up to £10,000. Mr Drury, from Surrey, said if the BBC had been filming over time the costs could skyrocket. When asked to give a figure for spending on “I’m Not A Monster” the Corporation said: “We don’t disclose production costs but are always mindful of efficiency.”

Mr Drury, who helped produce a BAFTA-nominated live interview with Shamima Begum in 2021, said he didn’t know why the BBC couldn’t reveal how much they had spent on making their own programme.

He said: “For just a few days visiting Syria personally I know it costs £10,000 plus for security and accommodation, if the BBC have been filming for weeks in that country it could have been six to 10 times that amount, how much did they spend? I think we have a right to know.

“I have vast experience of visiting al-Roj camp six times a year, on my own, with TV and with a documentary film crew, so I know how much it costs to go there.

“Shamima’s already been within, and is going through, our court system and it’s been deemed before that she should have her citizenship removed.

“That’s based on what has come from our government and intelligence community, they are the people that have gathered the evidence together previously and based on what they’ve seen they’ve said that she should not come back.

“Why does the BBC know better? Why are they making a documentary called “I’m Not A Monster” where the title seems straight away to be a propaganda piece in a former ISIS bride’s favor. If it had been an independent broadcaster that had made this show, it would have been different, but these are public license payer funds being used to make this programme.”

Andrew first met Shamima in 2021 when he was filming for a documentary soon to be released called “Danger Zone”. Shamima and Andrew exchanged messages over the course of a year before their last meeting in June 2022. He is no longer in contact with the former UK citizen and has described her as “manipulative”.

The 56-year-old also traveled extensively elsewhere in Iraq and Syria meeting the victims of the occupation under ISIS. Andrew said they were the people who really deserved to have a series about them.

Andrew’s views were echoed by others who called the podcast and program around the former Jihadi bride a “disgraceful PR exercise” and questioned why it should have been supported with license payers’ money.

Joe Ventre, digital campaigns manager at the TaxPayers’ Alliance said: “Licence fee cash should not be supporting this disgraceful PR exercise to spin the sob story of an Isis bride.

A spokeswoman for the BBC would not be drawn into discussing costs for the filming. She said: “We don’t disclose production costs but are always mindful of efficiency. The Shamima Begum Story podcast is important investigative journalism from BBC News.

“At a time when there is a public interest in her situation, listeners will hear Josh Baker forensically testing Shamima Begum’s account and carefully retracing her route from London to Syria. We investigate key editorial questions about how she got to Islamic State Group territory in Syria , what she did when she got there, and the consequences of her actions. It also explores radicalization in the UK, issues of national security and features testimony by those impacted by the group.

“This is not a platform for Shamima Begum to give her unchallenged story. This is a robust, public interest investigation into who she really is and what she really did.”

In the first of a series of BBC interviews Shamima Begum said she understood the public anger towards her but insisted she is not a “bad person”.

Ms Begum told The Shamima Begum Story podcast that she accepts she is viewed “as a danger, as a risk”, but blamed her portrayal in the media.

Ms Begum was 15 when she traveled from Bethnal Green, east London, through Turkey and into IS-controlled territory with two other schoolgirls in 2015. She is now locked in a legal battle with the UK government to try to have her citizenship restored.

It was revoked on national security grounds shortly after she was found, nine months pregnant, in a Syrian refugee camp in February 2019.

Lawyers for Ms Begum have said she should have been treated as a victim of child trafficking and conflict resolution experts have described the Government’s approach towards her as misguided.

But the Home Office has argued that people trafficked to Syria and brainwashed can still be threats to national security, and that Ms Begum expressed no remorse when she initially emerged from IS-controlled territory.

Asked whether she understands public anger towards her, she said: “Yes, I do understand.”

Detailing her journey to Syria for the first time, Ms Begum said she and her fellow travelers tried to pack light, but referred to the fact they were expected to marry IS fighters.

“People used to say, like, ‘pack nice clothes so you can dress nicely for your husband’, but I don’t know,” she told the broadcaster.

Ms Begum said she stocked up on chocolate bars that she knew she would not be able to buy in Syria, including “about 30” mint Aero bars.

“You can find a lot of things in this country, but you can’t find mint chocolate,” she said.

He said many people were suspicious that she was now “putting on an act” in appearing to “transition from a heavily veiled Muslim young woman to somebody wearing Western clothes”, as if she had “stayed in east London as a normal British teenager”. .

Mr Loughton added: “I think most people will say that, frankly, we owe her nothing. She got herself into this mess and frankly it’s down to her to work out how she’s going to get out of it.”