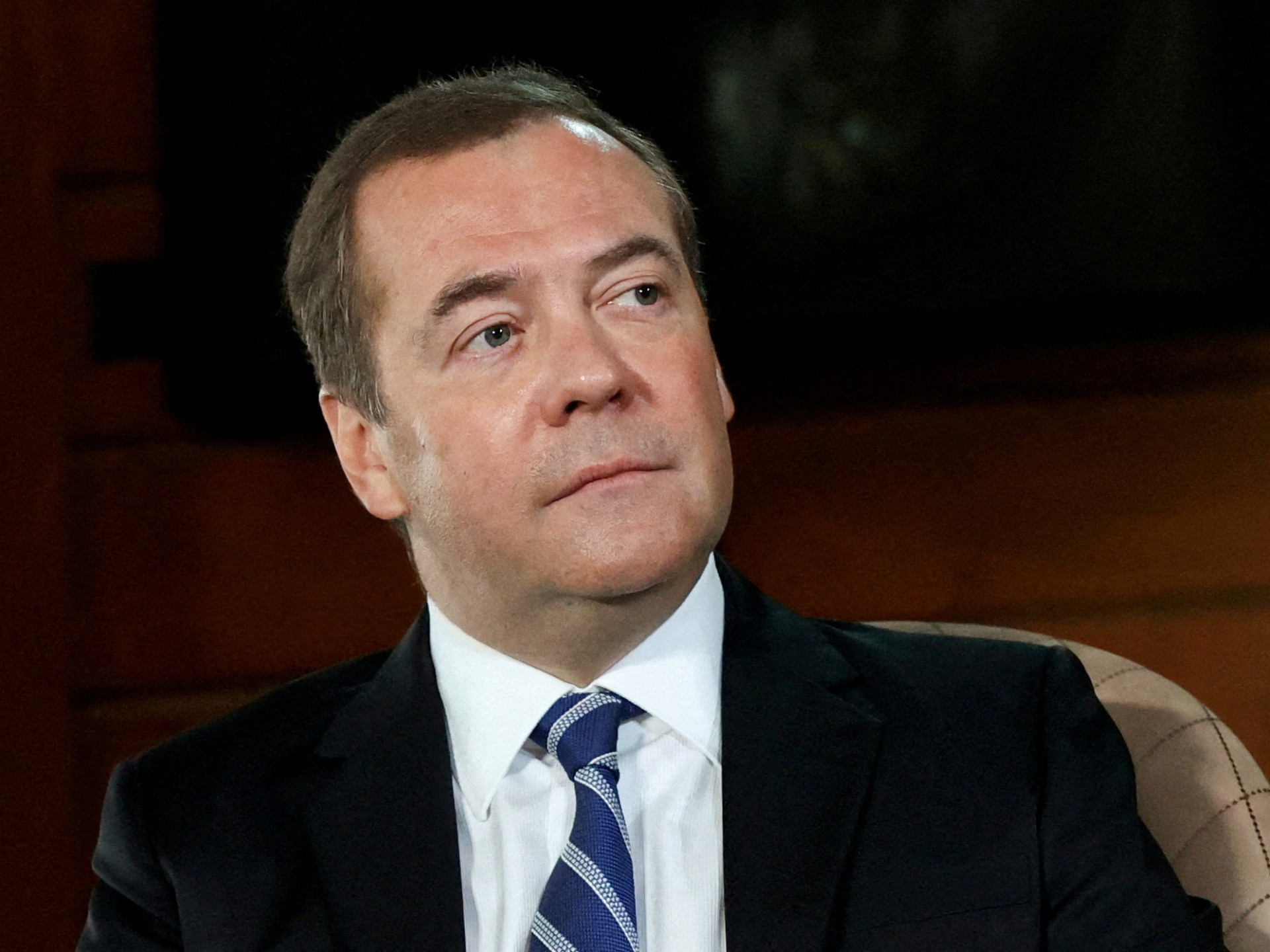 Former president once seen as a reformer has reinvented himself as an arch-hawk since Russia invaded Ukraine last year.

Former Russian President Dmitry Medvedev has accused Japanese Prime Minister Fumio Kishida of shameful subservience to the United States and suggested he should ritually disembowel himself.

It was the latest in a long line of shocking and provocative statements from Medvedev, who was once seen as a Western-leaning reformer but has reinvented himself as an arch-hawk since Russia invaded Ukraine last year.

Speaking at a news conference in Washington on Saturday, a day after a summit with US President Joe Biden on Friday, Kishida made no mention of Medvedev’s comment and was not asked about it.

Japanese officials traveling with Kishida did not immediately respond to requests for comment and in Japan, no one was immediately available for comment on the remarks at either the prime minister’s official residence or the foreign ministry outside normal working hours.

Medvedev is a prominent ally of President Vladimir Putin who serves as deputy chairman of Russia’s Security Council and of a body overseeing the defense industry.

He was responding to a meeting on Friday between Kishida and Biden, after which the two leaders issued a joint statement saying, “We state unequivocally that any use of a nuclear weapon by Russia in Ukraine would be an act of hostility against humanity and unjustifiable in any way.

On Saturday, Kishida said the G7 summit of major industrialized nations in Hiroshima in May should demonstrate a strong will to uphold international order and rule of law after Russia’s invasion of Ukraine.

Medvedev said the nuclear statement showed “paranoia” toward Russia and “betrayed the memory of hundreds of thousands of Japanese who were burned in the nuclear fire of Hiroshima and Nagasaki” – a reference to the atomic bombs that the United States dropped on Japan before its surrender at the end of World War II.

Rather than demanding US repentance for this, Kishida had shown he was “just a service attendant for the Americans”.

He said such shame could only be washed away by committing “seppuku” – a form of suicide by disembowelment, also known as “hara-kiri” – at a meeting of the Japanese cabinet after Kishida’s return.

Since Russia’s invasion of Ukraine, Medvedev has warned repeatedly that Western meddling in the crisis could lead to nuclear war, and has referred to Ukrainians as “cockroaches” in language Kyiv says is openly genocidal.

Putin has said the risk of a nuclear war is rising but insisted Russia has not “gone mad” and that it sees its own nuclear arsenal as a purely defensive deterrent.