The battle for Ukraine’s Soledar: ‘What madness looks like’ 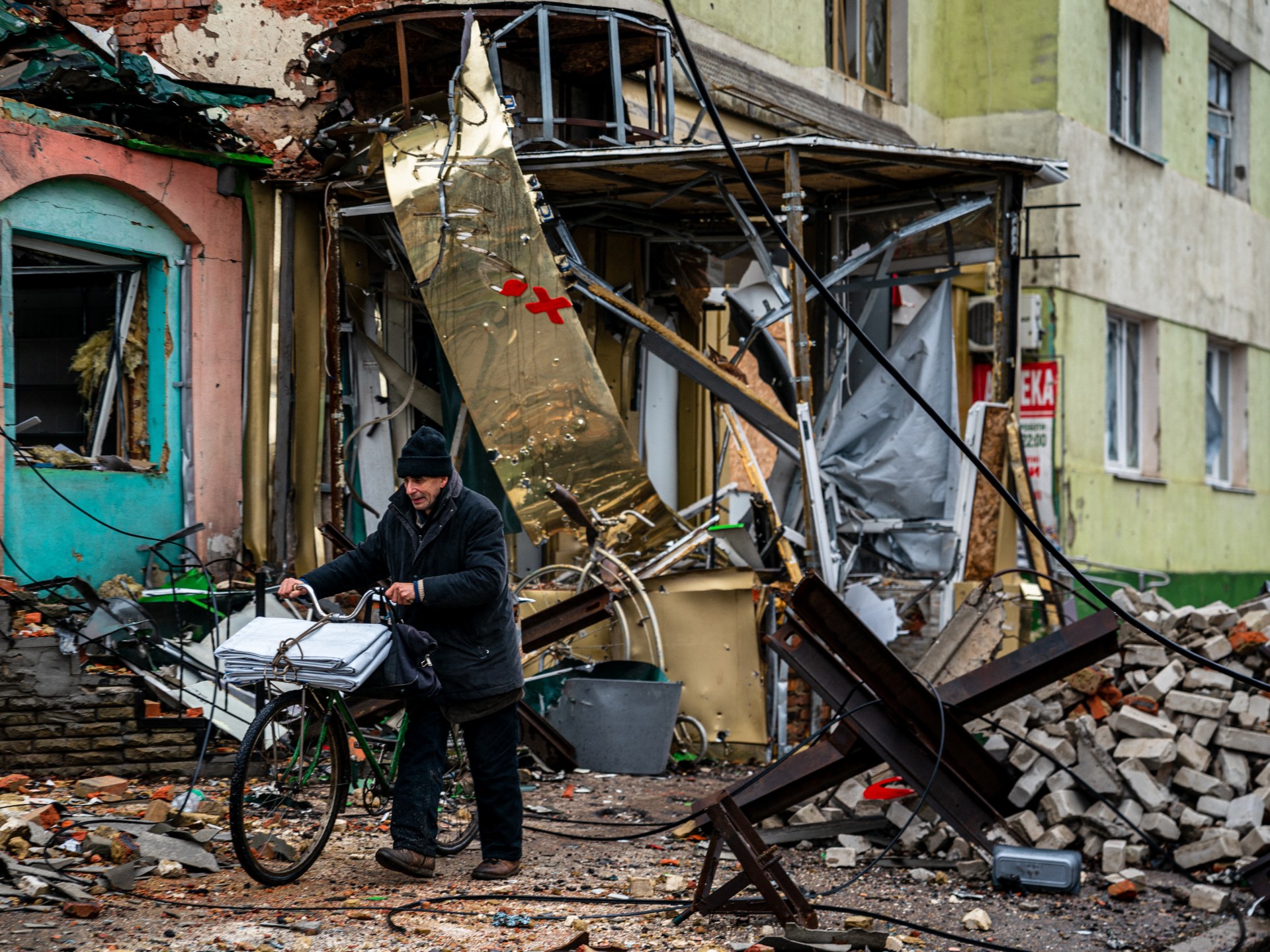 Ukrainian forces are still holding out in the eastern mining town of Soledar despite a massive Russian onslaught, Ukraine’s deputy defense minister said.

The United Kingdom’s Ministry of Defense said earlier on Tuesday that Russia had probably captured most of the town after four days of advances, a rare success for Moscow’s troops after a string of humiliating retreats last year.

“Heavy fighting to hold on to Soledar continues. The enemy disregards the heavy losses of its personnel and continues to storm actively,” Ukraine’s deputy defense minister Hanna Maliar said in a statement.

“The approaches to our positions are simply strewn with the bodies of dead enemy fighters. Our fighters are bravely holding the defence.

Soledar is 20km (12 miles) away from the highly contested city of Bakhmut, where both sides have suffered large losses.

“Part of the fighting has focused on entrances to the 200km-long [124-mile] disused salt mine tunnels which run beneath the district. Both sides are likely concerned that they could be used for infiltration behind their lines,” the UK’s defense ministry said.

Russia’s Wagner Group of mercenary fighters has been attempting to take Bakhmut and Soledar for months, despite the heavy loss of life.

According to Ukrainian journalist Yuriy Butusov in Soledar, Russian forces have established control over the main Ukrainian supply route to the town.

“This is not a complete encirclement but normal supply along the route is impossible [and] this is critical for defence,” he said.

Last week, a United States official said the head of the Wagner Group, Yevgeny Prigozhin, was also eyeing Bakhmut for its salt and gypsum mineswhich are believed to extend for more than 160km (100 miles).

Prigozhin, whose fighters are also active across Africa and the Middle East, has released videos showing himself recruiting fighters in Russian prisons with offers of pardons if they survive fighting in Ukraine.

Owen Matthews, author of Overreach: The Inside Story of Putin’s War Against Ukraine, said the prominence of the Wagner Group in the war is due to the fact its troops are “expendables”.

“Essentially the deaths of former prisoners and mercenaries will not have the same kind of political impact potentially on opinion at home that the deaths of ‘ordinary soldiers’ from ordinary towns would have,” Matthews told Al Jazeera.

“That said, they are incredibly willing to die for either money if they’re mercenaries or their freedom if they’re prisoners.”

The Kremlin, whose invasion of its neighbor 10 months ago has suffered numerous reversals, is hungry for victories. Russia illegally annexed Donetsk and three other Ukrainian provinces in September but its troops have struggled to advance.

After Ukrainian forces recaptured the southern city of Kherson in November, the battle heated up around Bakhmut.

Maliar said Russia has thrown “a large number of storm groups” into the fight for the city.

“The enemy is advancing literally on the bodies of their own soldiers and is massively using artillery, rocket launchers and mortars, hitting their own troops,” she said.

Pavlo Kyrylenko, Ukraine’s governor for the Donetsk region, on Tuesday described the Russian attacks on Soledar and Bakhmut as relentless.

“The Russian army is reducing Ukrainian cities to rubble using all kinds of weapons in their scorched-earth tactics,” Kyrylenko said in televised remarks. “Russia is waging a war without rules, resulting in civilian deaths and suffering.”

The Moscow-backed leader of the occupied areas of Donetsk said Russia’s forces were “very close” to taking over Soledar. But the gains were coming “at a very high price”, Denis Pushilin told Russian state TV.

‘Everything is completely destroyed’

In his late-night address on Monday, Ukrainian President Volodymyr Zelenskyy said Bakhmut and Soledar were holding on despite intense attacks.

“Everything is completely destroyed, there is almost no life left. The whole land near Soledar is covered with the corpses of the occupiers and scars from the strikes. This is what madness looks like,” he said.

The intense eastern battles come as Ukrainian officials warn Russia is preparing troops for a new offensive, possibly in the capital Kyiv.

For its part, Russia says it will not mobilize more troops.

“Soledar is a salt-mining town … and it has a vast network of underground tunnels, around 200km [124 miles] of tunnels, some of which are as high as 30 metres,” Stratford said.

“The Russians are saying that the Ukrainians are using those tunnels as defensive positions and to store ammunition… So we can only speculate that the fighting there is particularly intense because it is of such strategic and military importance.

“Whether we are going to start seeing such a thing as the siege we saw around the azovstal steel plant in Mariupol many months ago remains to be seen.”

Russia began what it calls a “special military operation” in Ukraine on February 24, claiming Ukraine’s close ties with the West and ambition to join NATO posed a security threat. Kyiv and its allies accuse Moscow of an unprovoked war to seize territory from Ukraine.

Russian Security Council Secretary Nikolai Patrushev said in an interview on Tuesday the West aimed to “pull Russia apart, and eventually just erase it from the political map of the world”.

The West has denied such allegations.