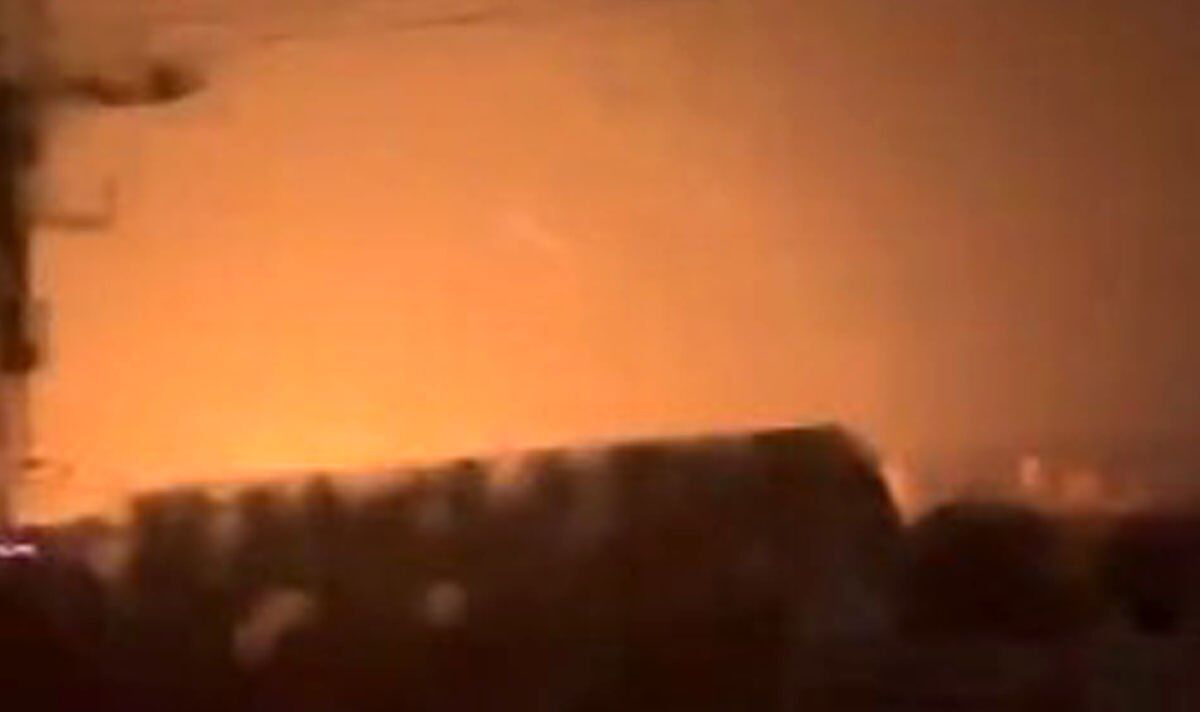 An eastern district of Crimea has been rocked by unexplained explosions in what could be the latest Ukrainian attack on the annexed region. Russian Air defenses scrambled to intercept what appeared to be missiles in the Nyzhnоhirskyi district of Crimea in the early hours of Thursday, footage showed. One eastern European media outlet, Visegrad 24, suggested “multiple Ukrainian missiles” were hitting targets in Crimea, while they shared a video that showed Russian air defenses “failing” to prevent the bombs from striking territory.
Footage of the incident showed defensive missiles being continuously shot towards approaching missiles in the early hours of Thursday morning.

After roughly 15 seconds of constant fire, a loud explosion can be seen as one missile looks to have collided into another.

In other footage, the defensive rounds look like they are being fired in random directions as the Russian forces scramble to prevent a successful hit.

It is unclear whether the explosion was Russian defensive fire hitting its own missiles or an offensive attack.

It is the second round of attacks in two days in Crimea after two unmanned aerial vehicles (UAVs) were struck down targeting the Russian Belbek airbase near the port city of Sevastopol early on Wednesday morning.

Russian air defense systems were set off on Wednesday, according to local officials, as they desperately tried to protect military equipment.

Petro Andriushchenko, an advisor to the mayor of Mariupol, confirmed that air defenses had been triggered twice in the early hours of Wednesday.

Later, the Russian-appointed “Governor of Sevastopol” Mykhailo Razvozhaev stated that “in the morning, the air defense system shot down two UAVs over the sea in the Belbek area”.