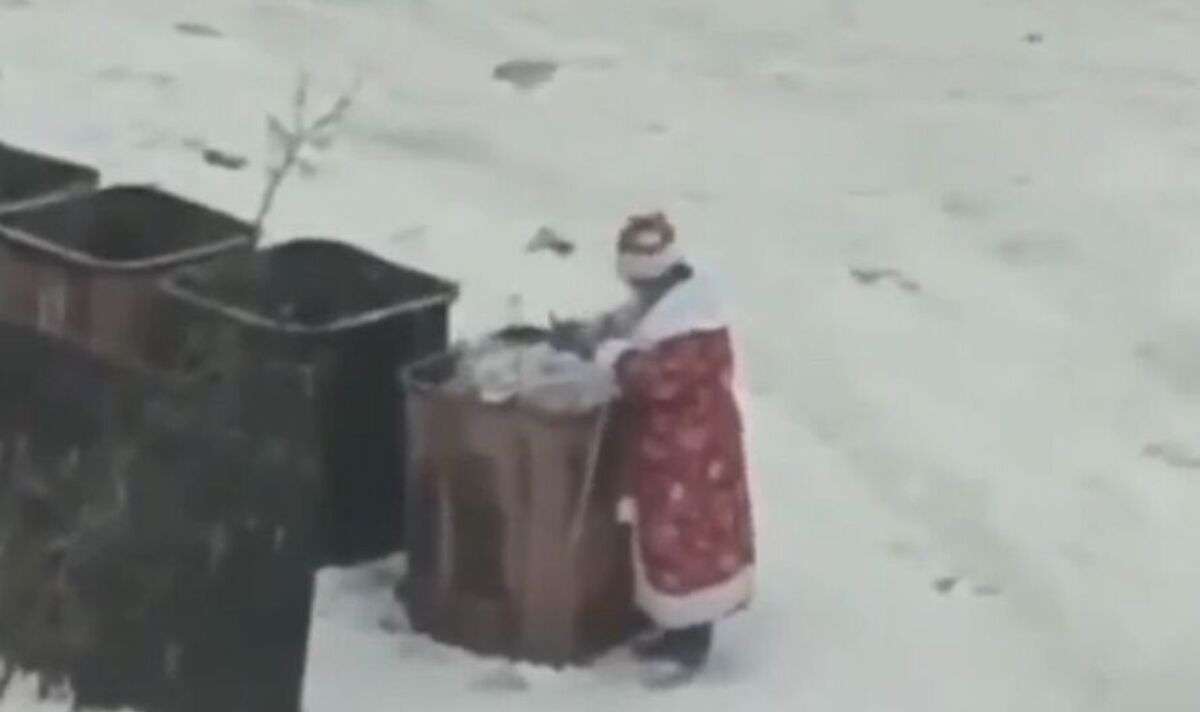 A man dressed as Santa Claus has been spotted rifling through bins in a snowy Russia, reports reveal. Eastern European media outlet Nexta shared the clip on their Twitter page of the gentleman going through the bins and taking out a plastic bag filled with unidentifiable items.
The news channel captioned the post: “In #Russia, specific gifts from a specific Santa Claus”.

The video attracted a number of comments, with account @David_Pikula tweeting: “What a country, such Santa Claus and such gifts.”

Another user @jackryan212 wrote: “Russian elves got mobilized so he has to find gifts elsewhere.”

This comes as Putin was blasted for his continuing attempts to make war in Ukraine, almost a year on from his invasion of the country.

President Zelensky gave an address in which he spoke to the Russian people directly, even switching from speaking Ukrainian to speaking Russian during the speech.

He said: “Your leader wants to show you that he is leading from the front, and his military is behind him.

“But in fact he is hiding. He’s hiding behind his military, his missiles, the walls of his residences and palaces.

READ MORE: Putin under pressure – and replacement ‘could be worse’

Putin’s own New Year’s speech was broadcast for each of Russia’s 11 time zones as the country welcomed in 2023.

He claimed that the invasion was “defending our people and our historical lands” and said “moral, historical rightness is on our side”.

He also attacked the West’s supposed “aggression”, saying it was “cynically using Ukraine and its people to weaken and split Russia”.