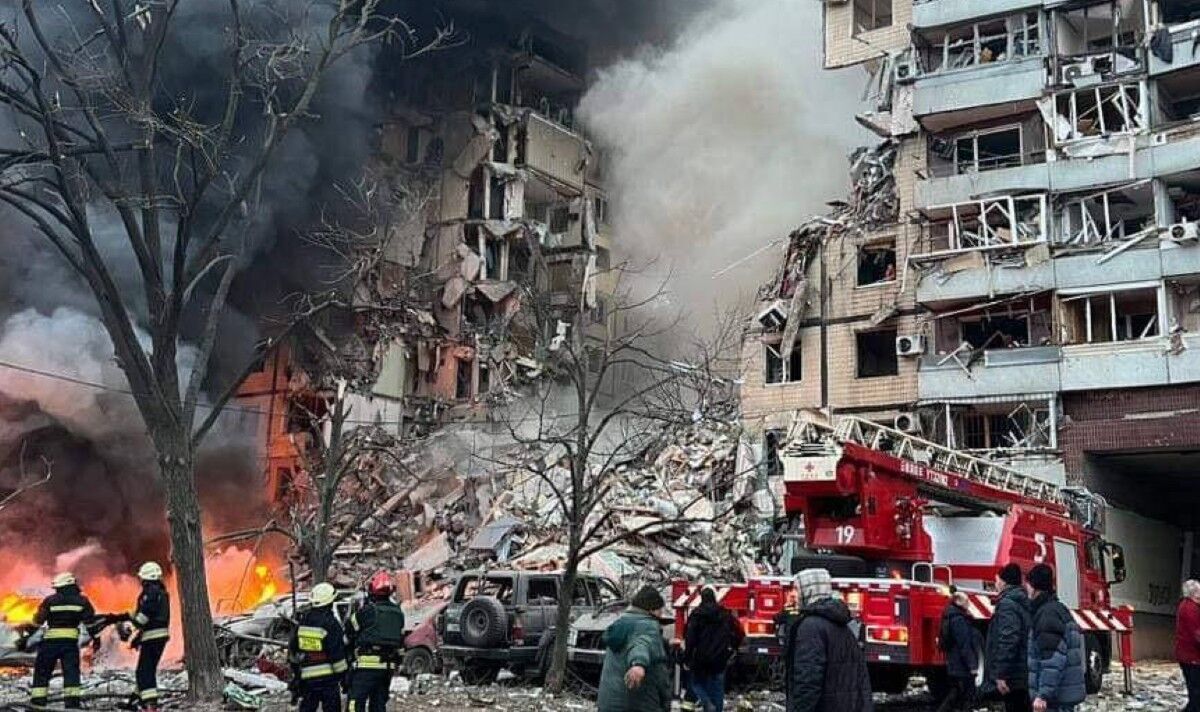 Russia’s army has launched a new wave of missile strikes against multiple cities in Ukraine, causing substantial damage to civilian infrastructure and cuts to water and power supplies. Explosions were reported on Saturday afternoon in Vinnitsa, Dnepropetrovsk, Khmelnitsky, as well as in Krivoy Rog, Kharkov, and Dnipro. Photos published to social media show an apartment block in Dnipro almost totally destroyed, with firefighters attempting to put out the flames from burning cars.

At least 10 people, including two children, were injured in the strike on the block of flats, according to the regional governor. An official from the Ukrainian president’s office, Kyrylo Tymoshenko, said 15 people had already been rescued from the rubble.

In Kyiv and Lviv air defense systems went into action, as the two cities also came under fire. An emergency blackout has been imposed in the capital city, while in Lviv authorities warned of possible interruptions to electricity and water supplies, after critical infrastructure was hit .

Putin’s generals have unleashed a barrage of air and missile strikes against Ukrainian cities since the autumn.

The aim appears to be to try and break the will and morale of ordinary Ukrainians, as the war drags on into the winter months.

In a major boost for Kyiv, the British Prime Minister confirmed on Saturday that the UK would be sending tanks to Ukraine, Rishi Sunak held a telephone conversation with President Zelensky, in which he offered to deliver Challenger 2 tanks and additional artillery systems.

A spokesman for No 10 said the offer was a sign of Britain’s “ambition to intensify our support to UkrainePresident Zelensky later thanked the UK for its military support in a Twitter tweet.

He said the decision would “not only strengthen us on the battlefield, but also send the right signal to other partners.”

The move makes the UK the first western power to supply the Ukrainians with main battle tanks.

Kyiv has repeatedly requested the West to equip Ukraine‘s army with tanks, to help push back the Russians. However, Western leaders have been reluctant up until now to accede to Kyiv’s demands, fearing such a step would lead to an escalation of hostilities with Russia,

In a further sign that the West is rethinking its position on tanks, German officials predicted that Berlin would most likely follow the British example. Government sources told the publication Bloomberg that the German government will likely give the green light to supply Leopard tanks over the coming weeks.

Berlin will make a decision before a meeting of senior defense officials from allied nations at the American airbase in Ramstein on January 20th, according to a German official familiar with the plans.

US Defense Secretary Lloyd Austin and his German counterpart Christine Lambrecht will also meet in Berlin the day before.

The official said Ms Lambrecht will send a clear message on the Leopards at the Ramstein meeting.

It comes as western intelligence officials confirmed Ukrainian claims that Putin plans to mobilize another 500,000 conscripts for the war in Ukraine,

A western intelligence source told The Times: “Serious preparations are underway in the Russian regional military registration and enlistment offices, the Kremlin has conducted a closed poll.

“The citizens of Russia are concerned about the war, but they also do not want to put up with defeat.”