Putin warns Russia’s only aircraft carrier in ‘state of emergency’ 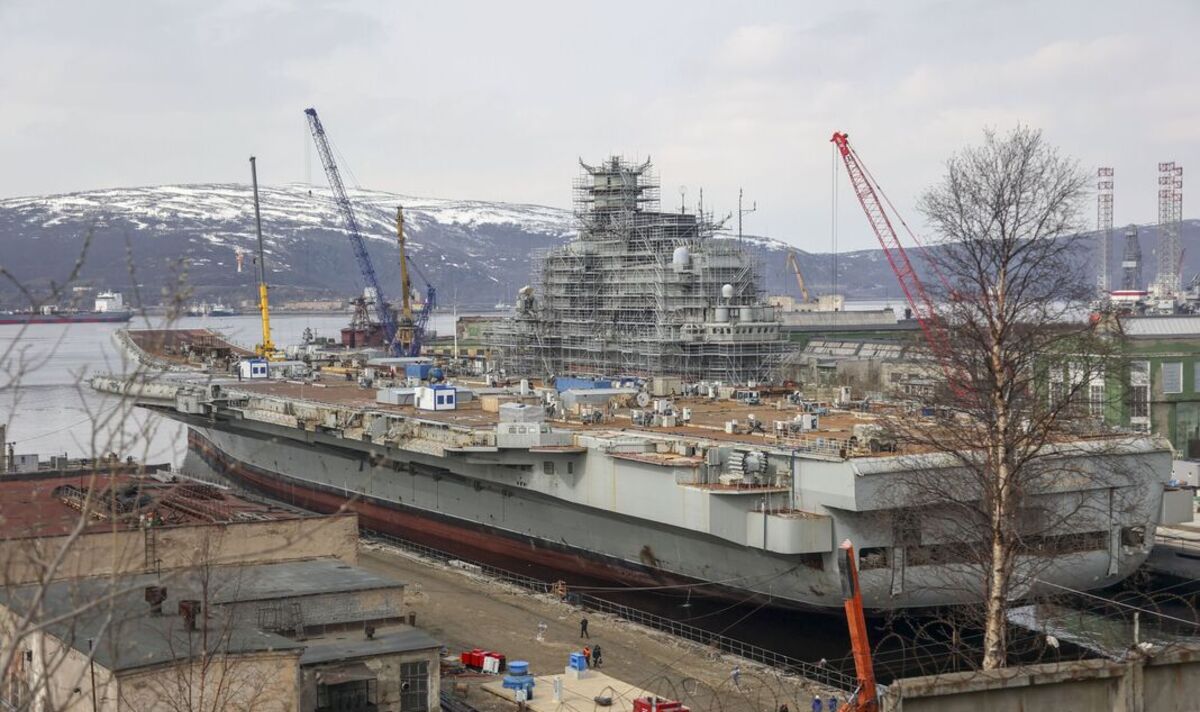 The Admiral Kuznetsov, a flagship of the Russian The Navy is in a “state of emergency”. The Ukrainian The Defense Ministry claimed the heavy aircraft carrier “is not capable of moving under its own power”.

In its latest update, the Ministry wrote: “Today, the ship is at the 35th ship repair plant (Murmansk).

“In order to continue repair work, a decision was recently made to transfer the ship from dry dock to one of the docks of the ship repair plant. However, even at the stage of preparation for moving, it became clear that the cruiser is not capable of moving under its own power.

“Therefore, an attempt was made to move with the help of several tugs. However, this also turned out to be impossible due to the critical condition of the ship’s hull. Ship repair specialists warned that the condition of Admiral Kuznetsov in principle does not allow it to be launched. In this case, it is highly likely that it will tip over on its side and drown.

“When the diving teams examined the hull of the ship, it was found that the metal structures below the third deck were exposed to significant corrosion. The holds are completely filled with muddy water, which makes a detailed examination of the ship from the inside impossible .”

The Ukrainian intelligence update continued: “Officials of 35 ship repair plants and fleet management are trying to shift responsibility for the current state of affairs to each other. Currently, it is impossible to even establish who exactly made the decision to move the ship.

“The command of the fleet imposed fines of one and a half billion rubles on the management of the plant for the disruption of repair deadlines and non-fulfillment of the contract. In turn, the company’s management published a letter in which it is stated that the plant is not to blame for bringing the ship to its current deplorable state. With a high degree of probability, the military representative at the plant, who supervised the progress of the works, is found guilty.

“According to the available data, there is not even an approximate time frame for the completion of the repair of Admiral Kuznetsov and its return to service.”

Reports by the Russian state Tass and RIA Novosti news agencies cited Aleksey Rakhmanov, head of the state-owned United Shipbuilding Corporation (USC) which is overseeing a major refit of the carrier, as saying that the blaze was quickly extinguished and caused no casualties.

Delays and accidents have marred the Admiral Kuznetsov’s ongoing overhaul, which began in 2017 and was initially set to conclude last year. At least one person was killed and 12 others were injured after a fire broke out in December 2019.

The previous year, a crane crashed onto its deck after a floating dock holding it began to sink, causing unspecified damage.

Rakhmanov told Russian media in June that he expected the Admiral Kuznetsov to return to service in early 2024, almost three years behind schedule.

Russian media said the fire spread to a six-metre area on the open deck. The cause of the fire is unknown.

The ship has the length of three football pitches and can carry up to 28 fighter jets and 17 helicopters.

Putin has been ramping up efforts to get old warships afloat in his bid to increase pressure on Ukraine.

Places to Visit in Chandigarh for Couples | Go Out Together