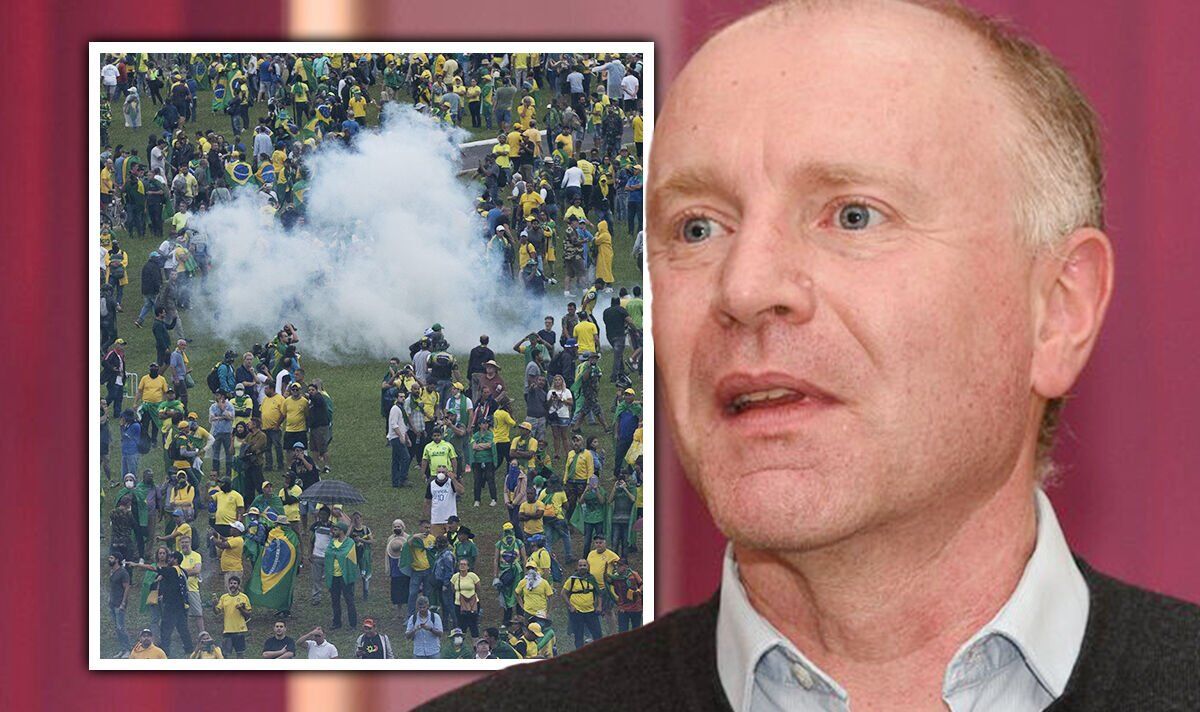 Conservative MP Marco Longhi said the left-wing government of Brazil needs to find a way to bring the nation together with the huge South American democracy still rocked by protests and riots from supporters of its former President. Mr Longhi, the MP for Dudley North has Brazilian family and is Rishi Sunak’s trade envoy to the country.

Speaking to Express.co.uk, Mr Longhi said he had been saddened by the scenes on Sunday but warned the problems are rooted in political divisions which saw an extremely close presidential election result last year. Socialist Luiz Lula da Silva beat the then President Bolsonaro by 1.8 percent.

The result sparked protests with claims from Bolsonaro’s supporters that the election had been stolen in echoes of the claims made by Donald Trump when he lost to Joe Biden in 2020.

Then, in further echoes of the January 6 2021 riot which saw the US Capitol building stormed in Washington, Brazilians backing the former President yesterday stormed the Presidential Palace and the Supreme Court.

But Mr Longhi urged people to remember that Brazil is a secure democracy.

He said: “Brazil is a safe Democratic country of some 215 million people.

“What has happened is a reflection of a people who remain extremely polarized and unhappy. I am confident the government will react to bring the country together and to also ensure that such incidents are avoided in future.

Police were also preparing to set up storm protest camps in Brasilia, the nation’s capital.

Bolsonaro supporters have claimed that the new government is attempting to clamp down on freedom of speech.

There has been anger that the country’s Supreme Court has acted to ban social media accounts even of sitting politicians which may explain why it was a target of protesters.

In a news conference from Sao Paulo state, Lula accused Bolsonaro of encouraging the uprising by those he termed “fascist fanatics,” and he read a freshly signed decree for the federal government to take control of security in the federal district.

“There is no precedent for what they did and these people need to be punished,” Lula said.

Mr Longhi, who speaks fluent Portuguese, has strong links with Brazil and as trade envoy helped secure the precursor to a trade deal with the country.

In November, the UK and Brazil signed a “double tax deal” which paves the way for a major trade deal.

The agreement means that profits made by a company in one country cannot be taxed again in the other and opens the door for investment and new trade.