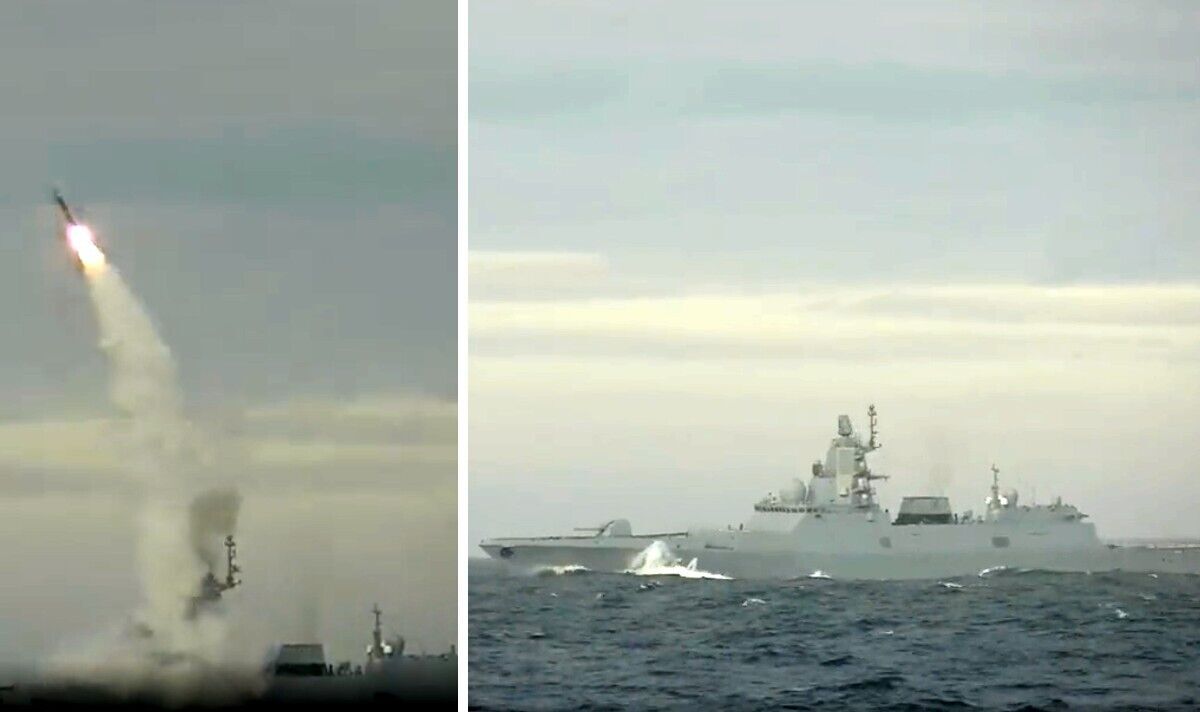 Vladimir Putin has sent a frigate armed with Zircon cruise missiles to the Atlantic and Indian oceans. Russia‘s deployment of hypersonic missiles in its war against Ukraine is capable of breaching NATO Naval defences.

Putin made the announcement on Wedneaday in a video conference with Defense Minister Sergei Shoigu and Igor Krokhmal, commander of the frigate named “Admiral of the Fleet of the Soviet Union Gorshkov”.

The Russian President said: “This time the ship is equipped with the latest hypersonic missile system – ‘Zircon’ – which has no analogues.

“I would like to wish the crew of the ship success in their service for the good of the Motherland.”

A terrifying video showed the warship firing missiles into the air as it sailed through the sea in May 2022.

Shoigu added: “This ship, armed with ‘Zircons’, is capable of delivering pinpoint and powerful strikes against the enemy at sea and on land.”

The cruise missile has a lift-generating center body.

At this speed, the missile would be invisible to radar systems.

The director of the Crisis Research Institute, Mark Almond, told Newsweek that the Zircon missiles are “part of Putin’s saber-rattling to distract the West from his ongoing operations in south-east Ukraine”.

“Given the extent of the damage, there is a realistic possibility that ammunition was being stored near to troop accommodation, which detonated during the strike, creating secondary explosions,” the UK Defense Ministry said in a Twitter post.

In the same post, the ministry said that the building struck by Ukrainian missiles was little more than 12 kilometers (7.5 miles) from the front line near Avdiivka, within “one of the most contested areas of the conflict.” Both Makiivka and Avdiivka, a key target of Russia’s grinding offensive in the Donetsk region, lie on the outskirts of its namesake capital.

“The Russian military has a record of unsafe ammunition storage from well before the current war, but this incident highlights how unprofessional practices contribute to Russia’s high casualty rate,” the update added.