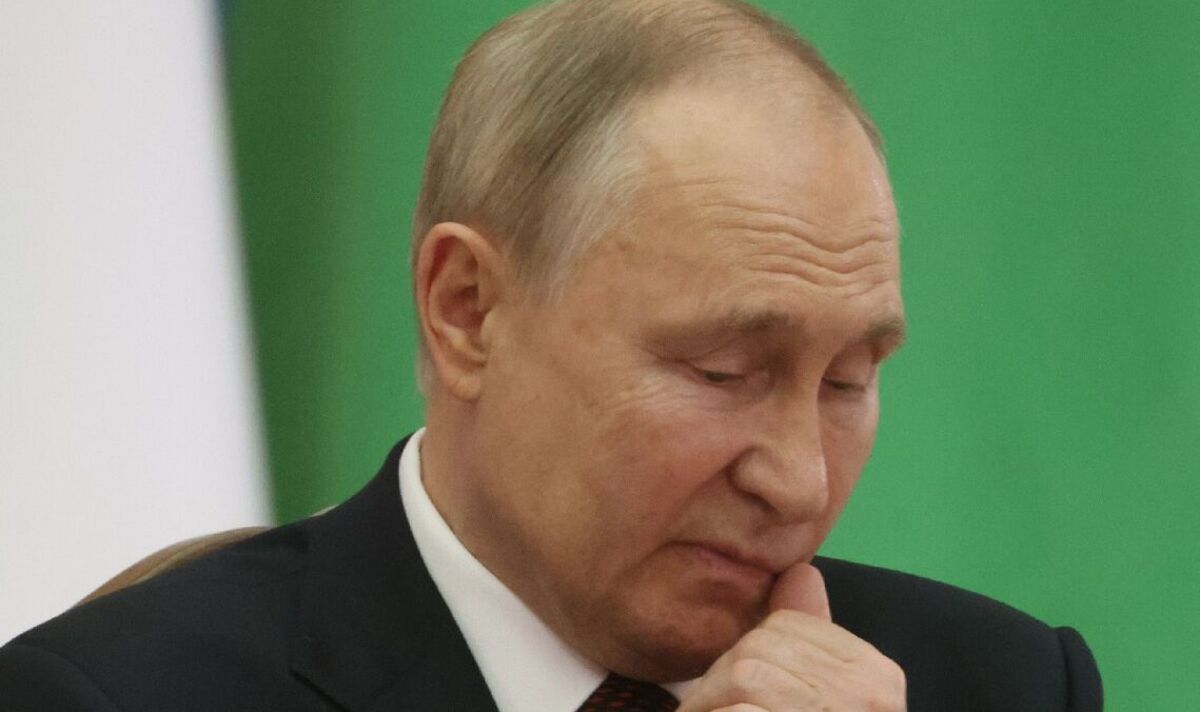 Putin is suffering from cancer and Parkinson’s and is “critically ill”, according to a Kremlin insider. The Russian President is believed to be using “body doubles” to attend public events as his health is deteriorating.

Putin is experiencing “dizziness and headaches”, the Kremlin insider said in a post on Russian Telegram channel General SVR,

Echoing previous claims made in the same channel that Putin is also suffering from cancer, they added that the cancer is “slowly progressing”, “calling into question his ability to participate in large events”.

The Telegram channel has long claimed Putin is battling cancer and has said that sources inside the Kremlin say the Russian leader has lost 18lbs.

They claim Putin’s inner circle is worried that his “persistent cough” will be seen as a “sign of the leader’s rapidly deteriorating health”, as Russia continues to attack Ukraine.

Last month, the Russian President appeared to cough in a clip from a meeting with Deputy Prime Minister Dmitry Chernyshenko.

Putin has been canceling a number of meetings in the past month and he has also called off his annual end-of-year press conference in Russia’s parliament.

Last week Putin was supposed to be visiting a tank plant in Nizhny Tagil but this was cancelled.

Putin also appeared unsure as he stepped onto the tarmac in Belarus after a flight from St Petersburg for a meeting with his close ally Alexander Lukashenko last week.

READ MORE: 82 years since the Second Great Fire of London

In May, a former MI6 spy also added weight to claims Putin is suffering from poor health. Speaking to LBC, Christopher Steele said the exact details were unknown but added Putin is “constantly” accompanied by doctors.

But others dismissed the claims. Russian foreign minister Sergei Lavrov addressed Putin’s health in May, saying “Putin appears in public every day” and added: “I don’t think sane people can discern any sort of symptom of disease in this man.”

Then, in July, CIA Director William Burns also said that the Russian President is “too healthy” but added that his comment was “not a formal intelligence judgment.”

The Kremlin has repeatedly denied rumors on Putin’s health.

What do we know about the killing of Tyre Nichols?