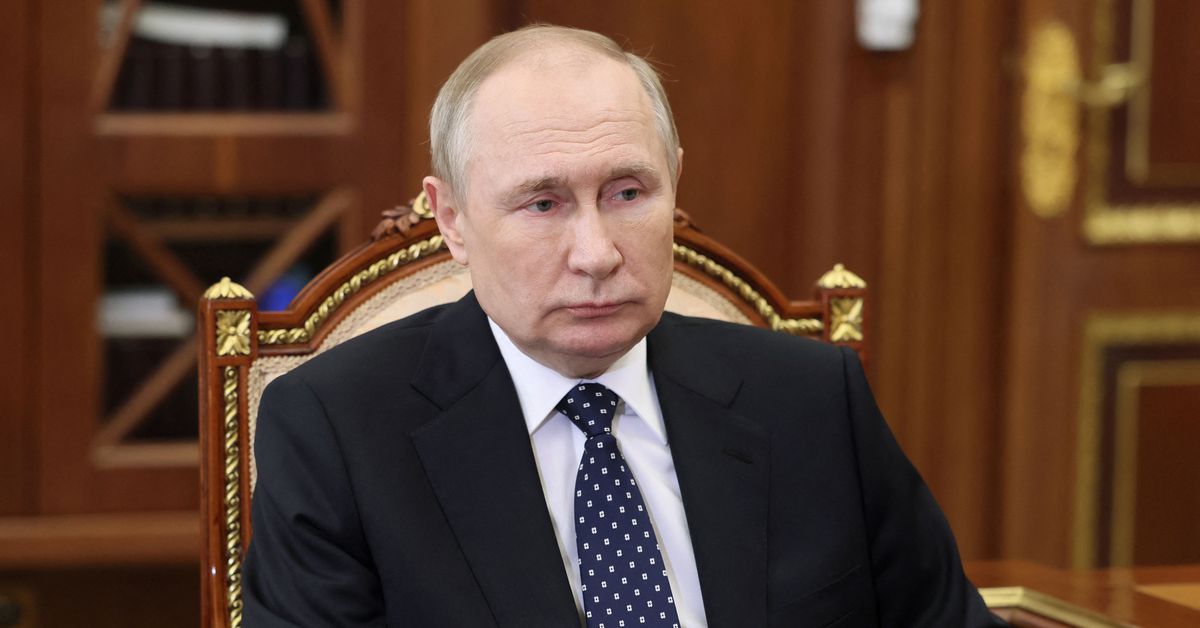 Russian President Vladimir Putin declared a 36-hour unilateral ceasefire in Ukrainetimed for the Orthodox Christmas, a move that at least one Ukrainian official derided as a “propaganda gesture” that will likely do little to foster real negotiations or otherwise change the trajectory of the war,

Putin ordered the Russian military to obey a temporary ceasefire “along the entire line of contact between the parties in Ukraine,” according to a statement from the Kremlin. The halt in Russian fighting is supposed to last from noon on Friday, January 6, until midnight on Saturday, January 7, in observance of the Orthodox Christmas holiday. The Kremlin cited a speech from Patriarch Kirillthe firebrand head of the Russian Orthodox Church who has been a full-throated supporter of both Putin and the invasion of Ukraine, as the reason for the decision. “As a large number of Orthodox Christians reside in the area of ​​hostilities, we call on the Ukrainian side to declare a ceasefire to allow them to attend church services on Christmas Eve as well as on Christmas Day,” said the Kremlin’s statement,

A pause in the fighting after months of an increasingly bloody conflict would typically be a welcome development, but this announcement has been largely dismissed by Ukraine and some of its Western partners as an obvious political ploy. A top Ukrainian official, Mykhailo Podolyak, wrote on Twitter that the “Russian Federation must leave the occupied territories – only then will it have a ‘temporary truce’. Keep hypocrisy to yourself.

Ukrainian President Volodymyr Zelenskyy was also cynical, accusing Russia of trying to use the ceasefire to regroup in eastern Donbas. “They now want to use Christmas as a cover, albeit briefly, to stop the advances of our boys in Donbas and bring equipment, ammunition, and mobilized troops closer to our positions,” Zelensky said,

Both Ukraine and Western officials have good reason to be skeptical of Putin’s announcement. Beyond Russia’s spotty record of committing to ceasefires, this truce is more a propaganda move for a domestic audience than a genuine gesture of goodwill toward Ukraine.

This is a pretty fake Christmas ceasefire

Putin’s announcement is trying to achieve a few things.

For one, it tries to make Putin, who continues to oversee this brutal invasion, seem like a good guy to the Russian public, giving brave Russian soldiers a break and extending an olive branch in the spirit of Christmas — one that Ukraine has signaled it will reject.

Support for the war in Ukraine still appears pretty strong among the Russian public, so Putin doesn’t necessarily need a huge boost, but this ceasefire still lets Putin solidify the spin that the Kremlin is not the aggressor here. It also feeds strongly into Putin’s baseless propaganda on why he prosecuted this invasion in the first place. “It’s more likely a domestic signal to ensure continued support from the Orthodox Church and in line with the broader (false) narrative that Russia is fighting this war out of a humanistic interest to protect people of their shared religion and race from persecution,” he said. Margarita Konaev, a research fellow at Georgetown’s Center for Security and Emerging Technology (CSET).

To help justify and make a moral case for the invasion, Putin has relied on the support of the Russian Orthodox Church, and its leader Kirill, both of which have claimed ethnic Russians are being targeted in Ukraine. Ukraine has, in recent months, cracked down on the Russian Orthodox Church within the country, scrutinizing it for being an arm of the Kremlin’s influence operations. The Ukrainian Orthodox Church has traditionally been subordinate to that in Moscow, but the relationship strained in the years leading up to Russia’s full-scale war, with an independent church formation, The war has since forced many Orthodox Ukrainian leaders to officially cut ties, The Orthodox Church in Ukraine allowed its worshipers to celebrate Christmas on December 25 rather than January 7 this year because of what is widely perceived to be the Russian Orthodox Church’s complicity in the Ukraine war. The timing of Putin’s ceasefire seems intended to bolster the relationship between the Kremlin and Kirill, but also appeal to Russia’s worshipers and call attention to another split between Moscow and Kyiv.

The ceasefire also helps to obscure from the Russian people what Russia is actually doing in Ukraine. Putin is framing the ceasefire as a way to keep Ukrainians safe so they can gather together, without fear of violence, as if Putin suddenly cares about civilians. Moscow has spent the past few months engaged in a ruthless bombing campaigns targeting critical civilian, residential, and energy infrastructurewhich has continued to leave millions of Ukrainians without power in some of the coldest months of the year, Russia launched one of its biggest strikes just days before the new year, and also unleashed a barrage on New Year’s Eve. “I think it’s to whitewash what Russia is doing and show the comparison — put in people’s heads domestically: ‘We’re going to have this ceasefire so people can attend church’ — as if Ukrainians are going to bomb a church, which doesn’t.” t happen,” said Olga Lautman, a researcher and senior fellow at the Center for European Policy Analysis.

Biden pointed out discrepancy — bombings in late December, only to take a pause now — in a brief statement Thursday. He added, of Putin: “I think he’s trying to find some oxygen.”

And this is likely true, too: Russia might just need a break. Its military has suffered heavy losses on the battlefield, including a recent attack in the Donestk where Ukraine claimed to have killed scores of Russian fighters. (The exact toll is unclear, but even Russia has said the number dead is greater than 80 soldiers.The battle in the eastern city of Bakhmut is increasingly bloody for both sidesbut even Russia has admitted things are bleak, Yevgeny Prigozhin, a Putin-allied oligarch and head of the Wagner Group — a mercenary force that Russia is relying heavily on in Bakhmut — said its fighters are facing heavy casualties for very small gains. Reports of low morale among Russian troops have persisted for months, and Lautman said Moscow may need “to reorganize and stabilize the front lines.” Zelensky, of course, has alleged the same, The timing just happens to work out.

Putin will fulfill some domestic political goals with this proposed ceasefire, whether or not Russian forces follow through.

Moscow has a bit of a track record of violating ceasefire, Last year, for example, Ukrainian officials said Moscow continues its attacks on Mariupol despite its promise to allow for a humanitarian corridor for evacuations and aid. Just because Russia says it’s going to stop fighting for Christmas doesn’t mean it actually will. Konaev also pointed out that violence can sometimes intensify ahead of ceasefires as sides try to secure better positions.

What does seem clear is that Russia’s ceasefire announcement is divorced from any legitimate effort to seek a lasting ceasefire or conduct some sort of outreach for negotiations. Both Russia and Ukraine have rejected calls for talks of late, including an overture just this week from Turkish President Recep Tayyip Erdogan, who has helped broker deals like the one to help ship Ukrainian grain through Black Sea ports,

In a call with Erdogan this week, Putin reportedly told the Turkish leader that yes, the Kremlin was open to real dialogue with Kyiv — that is, if Ukraine “takes into account the new territorial realities.” In other words, Ukraine accede its territory that Russia has captured or illegally annexed as a precondition for negotiations, something Moscow has demanded repeatedly. The Ukrainian government has always said this is untable. Now, Kyiv’s steady battlefield gains and continued support from the West have made it even more committed to a full-on military victory that would push Russia out of its territory.

On the same day that Putin promised a “Christmas truce,” the United States and Germany agreed to send armored combat vehicles to Ukraine something Kyiv has wanted for a while, in addition to high-tech tanks. (France has also committed to sending infantry-fighting vehicles this weekBerlin is chipping in a Patriot missile defense system after Washington gifted Zelenskyy one during his visit to Washington last year along with another couple of billion in security assistanceand ultimately another $45 billion in aid approved by Congress,

These are signals of digging in, rather than a breakthrough. Fighting in Ukraine has not slowed down as anticipated in winter. Putin has admitted to the Russian public that they should be prepared for a long battle in Ukraine, This ceasefire may serve the narrative Putin needs to wage that long battle, but it will do little to influence the trajectory of a war now inching closer to the one-year mark.