Photos: Death toll expected to rise after tornadoes strike US 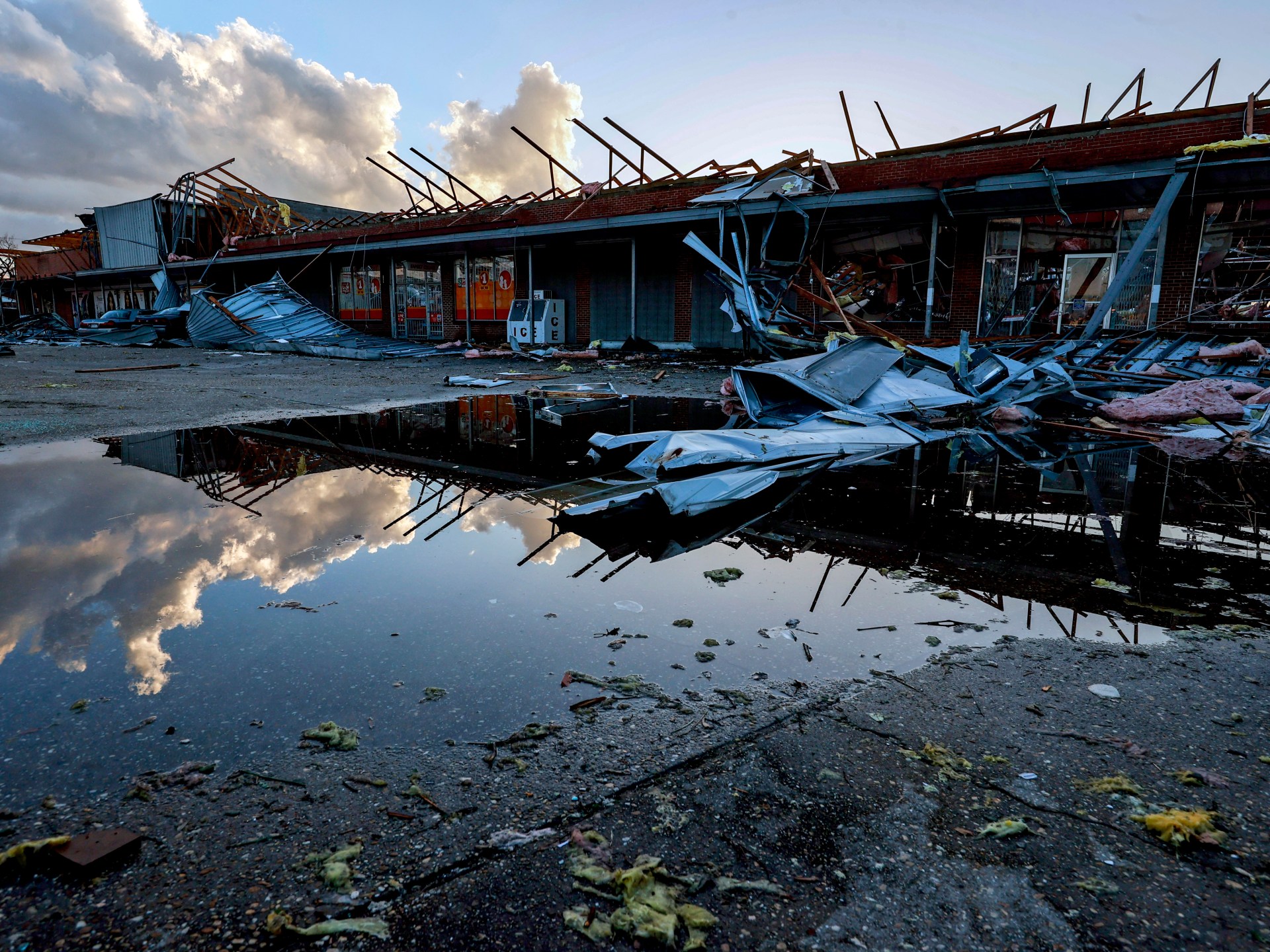 At least nine people are reported dead across the southeastern United States after a band of severe storms toll across the region on Thursday, with the death toll predicted to rise as authorities survey the damage.

The US National Weather Service’s Storm Prediction Center received 45 tornado reports during the storms, including at least five confirmed in central Alabama, where the majority of the casualties are being found.

“We are finding more bodies as we speak,” Buster Barber, the coroner for Alabama’s Autauga County, told the Reuters news agency. “We’ve got search teams out in the area.”

On Friday morning, rescue workers in Alabama found a body near the rubble of a damaged home, bringing the local death toll to seven, with more people severely injured.

And in the neighboring state of Georgia, Governor Brian Kemp announced his state had so far found two dead.

One was a five-year-old child in the city of Jackson, killed when a falling tree crushed the car he was riding in. Another passenger in the car remains in critical condition. A freight train had been pushed off its tracks in the same county, officials said.

The other death was a state worker. “We’ve got a lot of state workers out there in dangerous situations,” Kemp said of the disaster relief efforts.

Kemp called for a state of emergency in the wake of the devastation, with his counterpart in Alabama, Governor Kay Ivey, also issuing an emergency proclamation for six hard-hit counties: Autauga, Chambers, Coosa, Dallas, Elmore and Tallapoosa.

Meteorologists said that Thursday’s unusual burst of tornado activity comes as the La Nina weather pattern shoots a wavy jet of cold air through the region—and as tornado activity continues to shift eastward across the USa growing trend.

Traditionally, the states with the highest number of tornadoes have been located along a region in the central plains loosely known as “Tornado Alley”, with Texas, Oklahoma and Kansas continuing to be hot spots for twisters.

But a 2021 study in the journal Climate and Atmospheric Science showed that tornadoes are decreasing in frequency on the Great Plains and increasing in areas east of the Mississippi River, a waterway that bisects the US into east and west regions.

And that shift could be fatal, as the eastern regions tend to be more densely populated than the Great Plains states.

Tornadoes require moisture in the atmosphere to form, and climate change has been causing the Great Plains to become drier.

Meanwhile, areas like Alabama have experienced warm, moist air traveling north from the Gulf of Mexico — leading to moisture levels twice as high as they should be for this time of year, according to Victor Gensini, an atmospheric sciences professor at Northern Illinois University.

“They weren’t just blown over. They were blown a distance,” he told The Associated Press.