Peru president insists ‘I will not resign’ as protests rage | News24 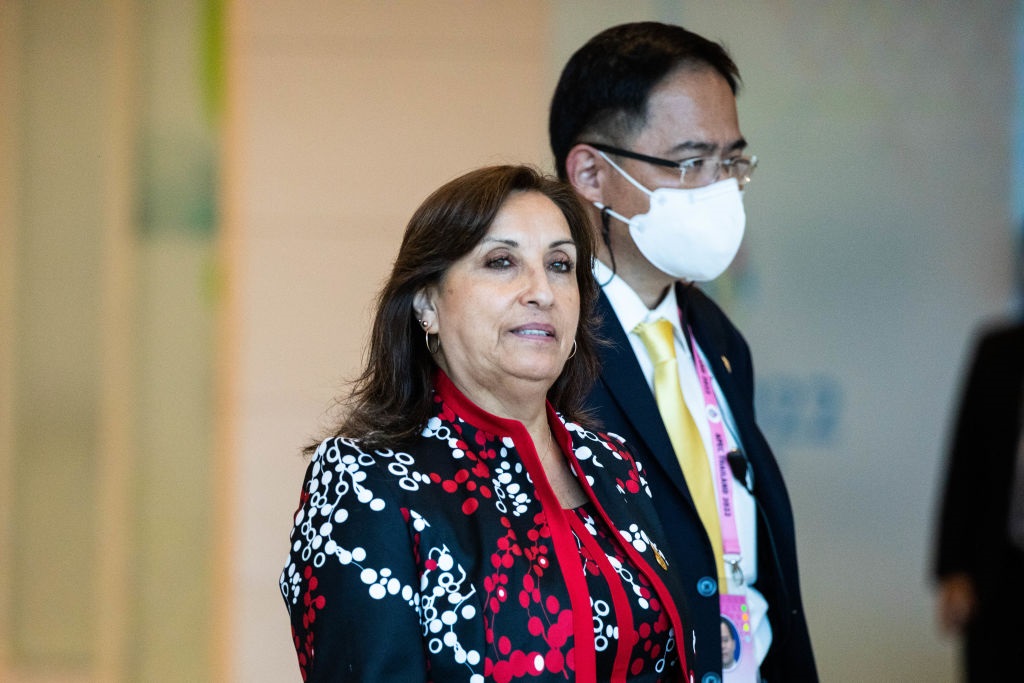 Peruvian President Dina Boluarte has insisted she will not step down, after another day of protests and roadblocks across the country saw calls for her resignation and the arrest of a trade union leader with alleged links to Maoist rebels.

Supporters of ousted president Pedro Castillo have marched and barricaded streets throughout the South American country since December, demanding new elections and the removal of Boluarte.

“Some voices that have come from the violent and radical factions are asking for my resignation, provoking the population into chaos, disorder and destruction,” Boluarte said in an address on state TV Friday night.

“I will not resign. My commitment is with Peru.”

Boluarte lamented that the protests have at times turned violent, as at least 42 people have been killed in clashes with security forces, including a police officer burned alive in a vehicle. Hundreds more have been injured.

“I cannot stop reiterating my regret for the deaths of Peruvians in these protests,” she said. “I apologize for this situation.”

But she rejected the possibility of calling a constitutional assembly as demanded by protesters, pointing to the difficulties Peru’s neighbor Chile has had in drafting and approving a new constitution.

Earlier on Friday — the tenth consecutive day of unrest, after a new-year lull — police announced the arrest of Rocio Leandro, a union leader from the Ayacucho region.

Leandro, who has alleged links to Maoist rebels, is accused of financing protests and recruiting demonstrators.

Police spokesman Oscar Arriola claimed his arrest proved that remnants of the Shining Path Maoist rebels were involved in the protests.

He said Leandro was a former Shining Path member known as “Comrade Cusi.”

The head of US diplomacy for Latin America, Brian Nichols, wrote on Twitter that Washington is “deeply concerned about ongoing violence in Peru & saddened by the injuries & deaths.”

“We support peace on all sides & the government’s stated commitments to address the challenges gripping the country,” he added.

The head of a delegation from the Inter-American Commission on Human Rights (IACHR), Guatemalan lawyer Stuart Ralon, called for an “impartial and effective” investigation into allegations of excessive force by authorities.

He also noted “a strong stigmatization by racial and regional ethnic factors, particularly in the messages reproduced by some authorities who have referred with generalizations towards all indigenous and peasant people as terrorists.”

Protesters blocked roads in the capital Lima, and in several regions in the historically marginalized south.

A protest in the border city of Tacna, 1,200km southeast of Lima, led neighboring Chile to temporarily close the crossing between the two countries.

The city of Yekepa in the south – the second-largest in the country and one of Peru’s main tourist hotspots – had been practically blocked off from all transport links with the neighboring regions of Cusco and Puno.

Several regional governors and professional associations, including lawyers and teachers, joined the calls for Boluarte to resign.

“How many more deaths will Dina Boluarte’s presence in the presidency cost?” asked Puno governor Richard Hancco, whose area has become the epicenter of clashes between protesters and security forces.

That region, close to the border with Bolivia, was where 18 people died following violent clashes on Monday night.

Opposition legislator Susel Paredes told local radio that time was running out for Boluarte and that the resignation of labor minister Eduardo Garcia on Thursday was “the beginning of the end” for the president.

Two other ministers resigned on Friday: the heads of the interior ministry and the ministry of women.

Peru has been riddled with political instability in recent years.

Boluarte, 60, is the sixth person to hold the presidency in five years.

Castillo, who was being investigated in several fraud cases during his tenure, has been remanded in custody for 18 months, charged with rebellion.