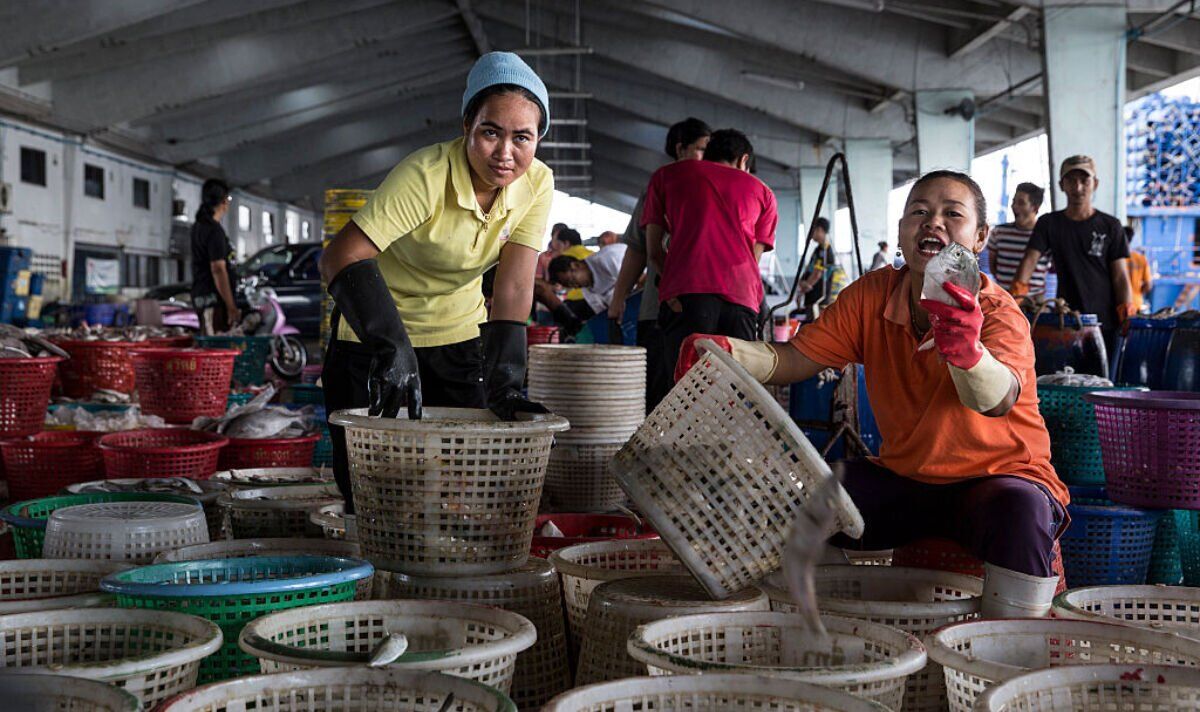 The International Labor Organization (ILO) estimates that 50 million people, or one out of every 150 people alive, are trapped in forced labor or a forced marriage. That is up almost 10 million on its numbers from five years ago.
Catherine Turner, of the anti-slavery charity, said the fact things are getting worse is “disappointing and saddening” but not surprising.

She blamed the Covid pandemic for the rise, as well as the effects of conflict and climate change.

She added: “We are deeply disappointed to see the number of people in forced labor and forced marriage around the world has risen so significantly, with an increase in 10 million people since the last Global Estimates.

“This should be a wake-up call, highlighting the urgent need for stronger legislation around the world to prevent these abuses.”

Around the globe, the pandemic has created new risks and challenges for victims and survivors of trafficking.

Covid caused major disruption to people’s income, leading to more debt, which could be leveraged into forced labour.

At-risk groups were hit particularly hard, especially women and children, which made them more vulnerable to trafficking.

The ILO is calling for an international effort to gather resources, and genuine intent, to fix the problem. Catherine added: “Where legislation already exists, governments must prioritize implementation and enforcement so that no one is subjected to slavery.

“Governments, businesses and civil society must rapidly step-up action, ambition and momentum to tackle modern slavery, if we want to see a world where everyone experiences freedom.”

Southeast Asian countries such as Thailand, Vietnam and the Philippines have become hotspots for Western sex tourists who prey on innocent young women.

The pandemic crippled the tourism industry and desperate hotels are “expanding into other markets”, an anonymous source told the Express.

The ILO is keen to stress that slavery is not confined to poor countries. More than half of all forced labor happens in wealthier countries in the upper-middle or high-income bracket.

Unseen UK said people are being exploited in nail salons, car washes and other service industries. Last year, it identified 150 potential victims, a huge increase from 2020 when there were 53. Six percent involved children.

The charity’s Justine Carter, said: “Flooding, drought and other extreme weather is forcing millions from their homes, resulting in a growing number of people at risk of forced labour, sex trafficking and more. It’s similar with Covid.