Over 2,000 join LGBTQ march in New Delhi after COVID break 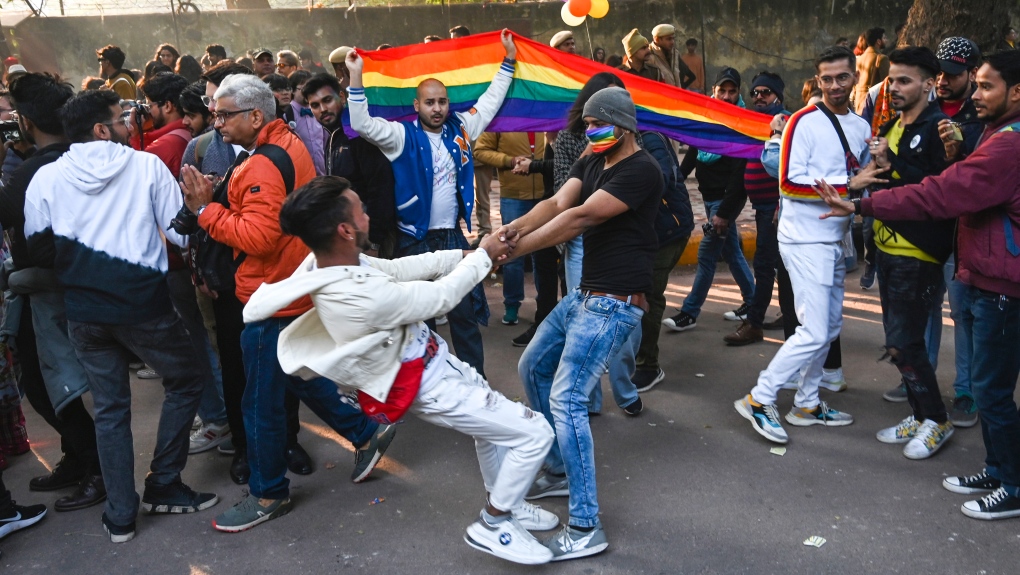 More than 2,000 members of the LGBTQ community and their supporters returned to New Delhi streets on Sunday after a three-year break caused by the COVID-19 pandemic to press for equal marriage rights.

Dancing to drumbeats, they carried rainbow flags, balloons and placards as they walked for more than an hour to the Jantar Mantar area near India’s Parliament.

“It’s good, it’s fabulous. Because we are here to celebrate ourselves, and after three years,” said Vishal Rai, a 23-year-old participant.

Their hopes have been raised by India’s Supreme Court hearing petitions on granting legal recognition to same-sex marriages.

The government is yet to legalize same-sex marriage even though the Supreme Court in 2018 struck down a colonial-era law that made gay sex punishable by up to 10 years in prison.

Most Hindu nationalist leaders say same-sex marriage is against India’s culture. Although there are openly gay celebrities, and some high-profile Bollywood films have dealt with gay issues, many in the community still face isolation and persecution.

Noor Enayat, a volunteer, is hopeful a change will come.

She recalled that when she came out in 2003, there was next to zero acceptance. But 20 years later, things have improved, she said.

“Give it another 20 years. It will be a very different world. So, I’m not going to be hopeless about it or say it’s not happening. It’s happening,” she said.