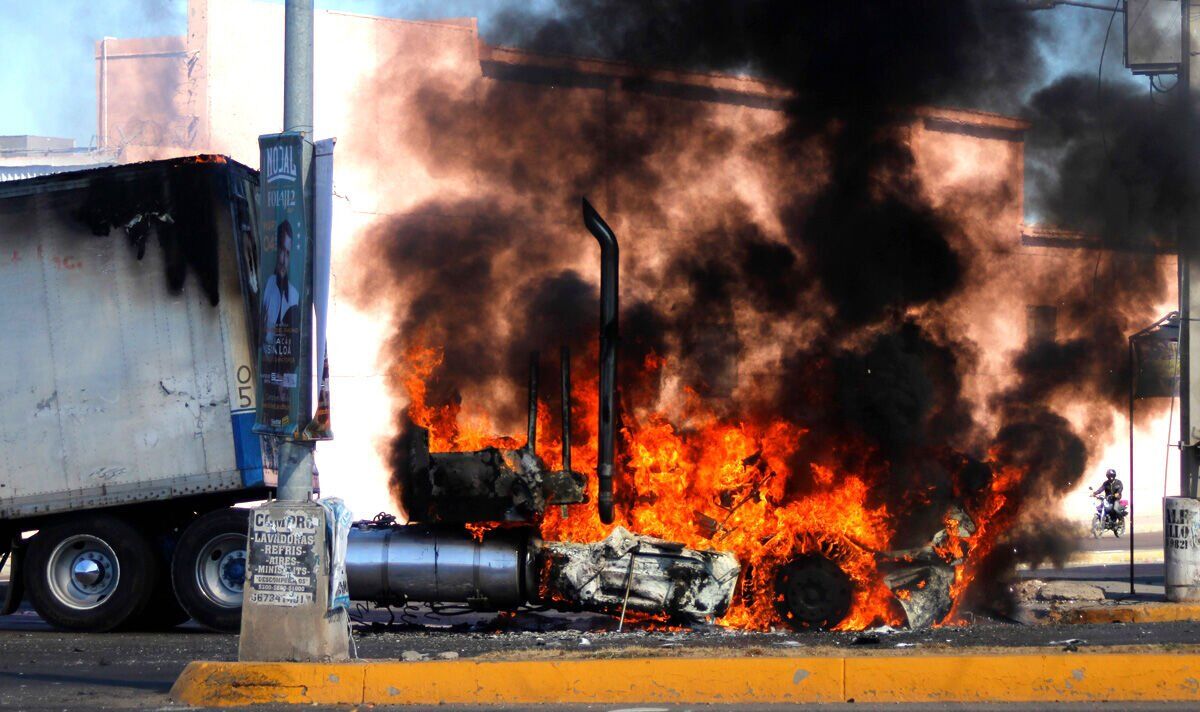 Violence has broken out in a northwestern city in México after the son of an infamous drug lord was arrested on medicine traffic charges. Ovidio Guzman Lopez was detained by Mexican military and National Guard forces in Culiacan, defense secretary Luis Cresencio Sandoval announced on Thursday, and awaits extradition to the US, who have offered a £4.2 million ($5 million) bounty for his capture. Following his arrest, citizens of Culiacan were instructed “not to leave their homes” as members of Lopez’s Sinaloa Cartel began lighting cars on fire and shooting at military aircraft.
Culiacan has been gripped by violence since Lopez’s arrest, with the local airport shut down after a passenger aircraft came under fire.

Sinaloa public safety chief Cristobal Castaneda said police were working on “controlling the situation” as cartel members continued to destroy parts of the city and open fire on the military.

A similar tactic was used in 2019 when Lopez was last arrested. About 700 cartel gunmen took hostages – including 8 Mexican soldiers – in an apartment complex housing the families of government employees.

Culiacan Mayor Juan de Dios Gamez said on Thursday: “We ask the citizens of Culiacan not to leave home due to the blockades that have occurred in different parts of the city.”

Local schools and government offices were forced to shut down for the day as the military and police struggled to contain the violence.

Later in the day, a passenger on an Aeromexico flight to Mexico City was hit by cartel bullets as the gunmen extended their violence to civilians.