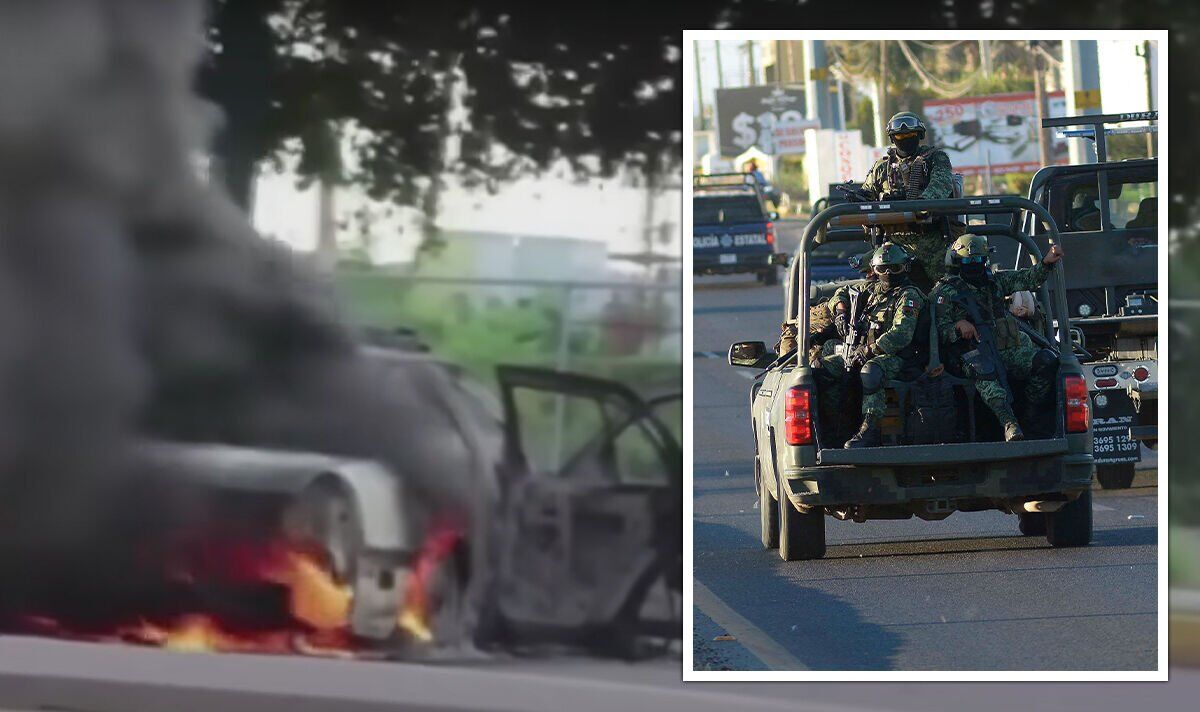 The Sinaloa drug cartel México has turned one of the country’s cities into an active war zone following the arrest of the son of Mexican drugs kingpin ‘El Chapo’. Ovidio Guzmán-López, 32, alleged to be a leader of his father’s former cartel, was captured in Culiacan and flown to Mexico City on Thursday. Violence immediately flared up in response to the arrest, with at least 29 people killed so far.
The Sinaloa cartel – one of the largest drug-trafficking gangs in the world – is executing violent and deadly attacks against the Mexican government.

Gang members have set up roadblocks, set fire to dozens of vehicles, and attacked planes at a local airport.

There were blockades in different parts of the city, and residents were urged to stay at home.

JUST IN: Putin humiliated as over 20 Russian diplomats and spies defected

The arrest of El Chapo’s son was understood to be a gesture of goodwill toward the US and to show the Mexican efforts in countering drug cartels.

However, the sudden violent reaction has forced the Mexican government to cave in to a demand from the cartels after they rejected calls to extradite Mr Guzmán-López to the US.

The US had put out a reward of up to $5m (£4.2m) for information leading to his arrest or conviction, as well as that of three of his brothers who are also thought to have kept their positions of command in the group.

But, a federal judge in Mexico has suspended any extradition process against him, according to local media.

He continued: “President Andrés López Obrador has 72 hours to release the kid – or else they will start burning down federal buildings and gas stations.

“We are sending our president into a war zone. Can Mexico keep Biden safe?

“They can’t even control their own prisons. The cartels are breaking up the jails too.”

A further 1,000 troops are being sent to Sinaloa to help with ongoing security measures.

The wave of intense violence comes just days before US President Joe Biden is set to arrive in Mexico for talks with his Mexican counterpart.