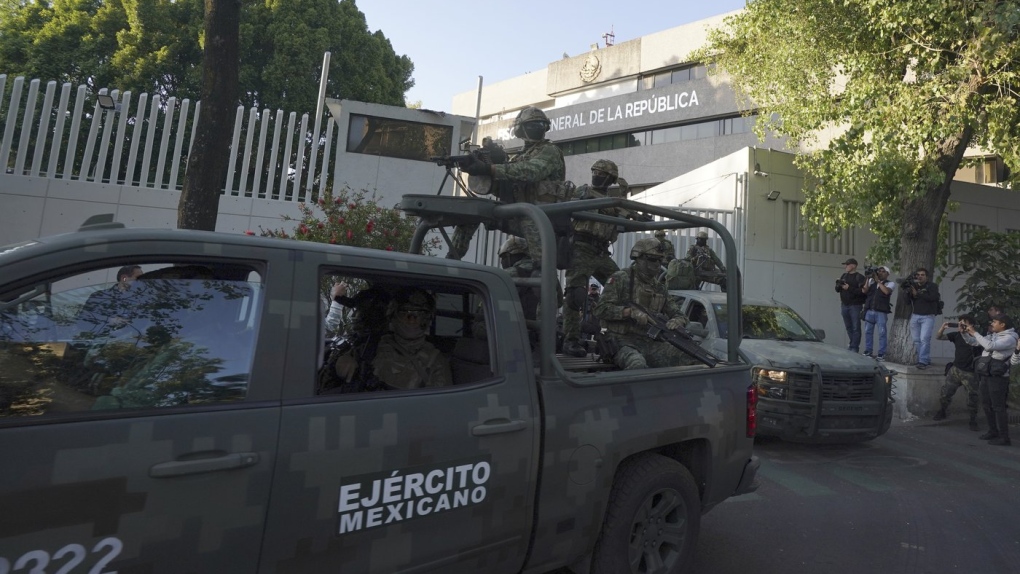 The mayor of a Mexican city caught up in a wave of drug cartel violence last week wasted little time reassuring Canadians and other foreign visitors that his city is safe for travelers.

Edgar Gonzalez, in a video posted online by the City of Mazatlan, strolled through his city’s historic center on Friday, shaking hands and posing for pictures with tourists.

“These same tourists who are practically established in Mazatlán are very confident, very calm, we see them in the historic center relaxed, calm, no problems, not worried, they are in the restaurants, in the streets, in the galleries, on the boardwalk, everywhere completely relaxed, calm,” Gonzalez said in a news release that was translated and posted to Facebook by a regional travel organization.

A number of Canadian tourists in the northwestern area of ​​Mexico had to remain in their hotels for several days after the arrest of a major alleged drug cartel leader led to violence in the region.

Some described the area as “back to normal” over the weekend, while others suggested an atmosphere of uneasiness persisted.

Several airports that had closed due to the violence had reopened by Saturday, and flights resumed from Mazatlan to cities in Western Canada including Calgary, Edmonton, Winnipeg and Vancouver.

Global Affairs on Sunday continued to advise Canadians traveling in Sinaloa, the state where Mazatlán is located, to avoid non-essential travel “due to high levels of violence and organized crime,” but exempted Mazatlán itself from that warning.

Gonzalez noted that many tourists who visit the city return to live there, and that they themselves defend and promote that Mazatlán is calm and should be visited.

“It gives me a lot of peace and joy to see that everyone is on the streets,” Gonzalez said in the news release.

Alyssa Johnson of Onward and Outward Travel in Edmonton said customers didn’t seem to be put off by news reports about the violence.

“I think it’s pretty isolated in one area,” Johnson said, noting she’d just booked a trip to the Cancun area.

Mazatlán also posted a news release that noted business associations stepped up to help travelers whose flights out of the region were delayed due to the events, providing a number of free hotel rooms and meals.

Priority was given to low-income tourists, the elderly and those with disabilities, the release stated.

The violence followed the arrest of alleged drug trafficker Ovidio (The Mouse) Guzman, who is a son of former cartel boss Joaquin (El Chapo) Guzman.

The Canadian government issued a shelter-in-place advisory on Thursday, saying the widespread violence included burning cars, exchanges of fire and threats to essential infrastructure, including airports.

People who posted to a social media group for expats in Mexico said the violence was limited to isolated areas, and that they felt the advisories were just for precaution.


This report by The Canadian Press was first published Jan. 8, 2023.