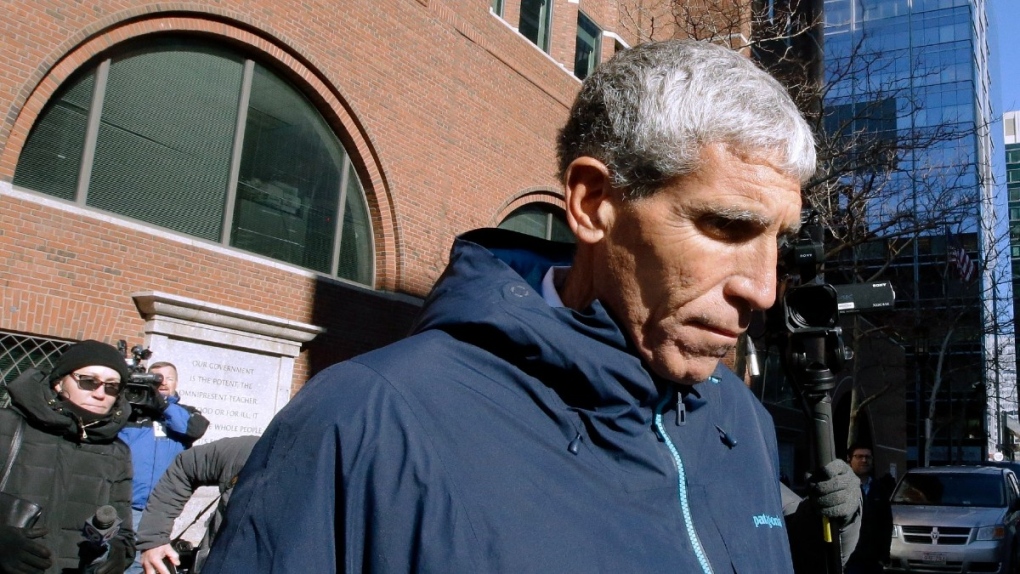 The mastermind of the nationwide college admissions bribery scheme that ensnared celebrities, prominent business people and other parents who used their wealth and privilege to buy their kids’ way into top-tier schools was sentenced to 3 1/2 years in prison Wednesday.

The punishment for Rick Singer, 62, is the longest sentence handed down in the sprawling scandal that embarrassed some of the nation’s most prestigious universities and put a spotlight on the secretive admissions system already seen as rigged in favor of the rich.

Prosecutors had sought six years behind bars, noting Singer’s extensive cooperation that helped authorities unravel the entire scheme. Singer began secretly working with investigators in 2018 and recorded hundreds of phone calls and meetings that helped authorities build the case against dozens of parents, athletic coaches and others arrested in March 2019.

Those sent to prison for participating in the scheme include “Full House” actor Lori Loughlin, her fashion designer husband Mossimo Giannulli, and “Desperate Housewives” star Felicity Huffman. Coaches from schools including Yale, Stanford, Georgetown and UCLA admitted to accepting bribes.

“The conduct in this case was something out of a Hollywood movie,” Massachusetts US Attorney Rachael Rollins told reporters after the sentencing.

Singer was also ordered to pay more than US$10 million in restitution to the IRS and forfeit millions more in money and assets to the government. He was ordered to report to prison in February.

Although Singer’s cooperation helped authorities secure the convictions of a slew of defendants, prosecutors noted that he also admitted to obstructing the investigation by tipping off several of his clients who were under government scrutiny. He was never called by the government as a witness in the cases that went to trial.

In seeking leniency for Singer, defense attorney Candice Fields told the judge that her client took great personal risk by wearing a wire to record meetings for investigators and “did whatever was necessary” to assist the government. Fields had requested three years of probation, or if the judge deemed prison time necessary, six months behind bars.

“The investigation only achieved the notoriety it did because dozens of influential and sometimes celebrity defendants were prosecuted” and that only happened because of Singer, Fields said.

Singer apologized to his family, the schools he embarrassed in the public eye and the students he worked with over the years. He promised to spend the rest of his life working to make a positive impact in people’s lives.

“My moral compass was warped by the lessons my father taught me about competition. I embraced his belief that embellishing or even lying to win was acceptable as long as there was victory. I should have known better,” he said.

Authorities in Boston began investigating the scheme after an executive under scrutiny for an unrelated securities fraud scheme told investigators that a Yale soccer coach had offered to help his daughter get into the school in exchange for cash. The Yale coach led authorities to Singer, whose cooperation unraveled the entire scheme.

For years, Singer paid off entrance exam administrators or proctors to inflate students’ test scores and bribed coaches to designate applicants as recruits in order to boost their chances of getting into the school.

Coaches in such sports as soccer, sailing and tennis took bribes to pretend to recruit students as athletes, regardless of their ability. Fake sports profiles were created to make students look like stars in sports they sometimes didn’t even play. The bribes were typically funneled through Singer’s sham charity, allowing some parents to disguise the payments as charitable donations and deduct the payments from their federal income taxes.

Assistant US Attorney Stephen Frank told the judge that if she failed to impose a significant prison sentence, it would send a “devastating message that fraud pays and obstruction of justice pays.”

“This defendant was responsible for the most massive fraud ever perpetuated on the higher education system in the United States,” Frank said.

Before Singer, the toughest punishment had gone to former Georgetown tennis coach Gordon Ernst, who got 2 1/2 years in prison for pocketing more than US$3 million in bribes.

Punishments for the parents have ranged from probation to 15 months behind bars, although the parent who received that prison sentence remains free while he appeals his conviction.

One parent, who wasn’t accused of working with Singer, was acquitted on all counts stemming from accusations that he bribed Ernst to get his daughter into the school. And a judge ordered a new trial for former University of Southern California water polo coach Jovan Vavic, who was convicted of accepting bribes.