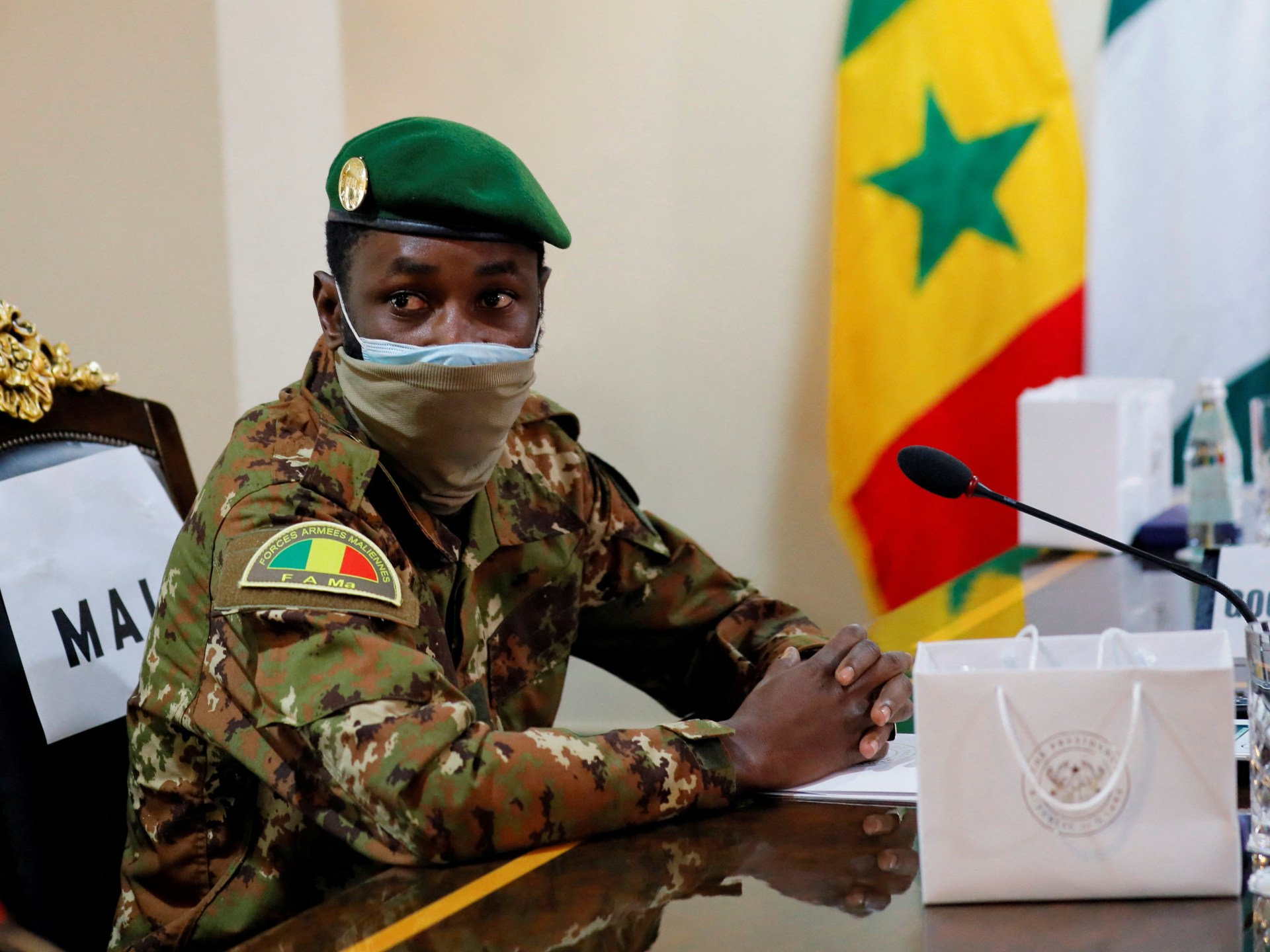 The mass pardoning comes a week after Mali sentenced 46 of the jailed Ivorian soldiers to 20 years in prison.

Mali’s military leader has pardoned 49 soldiers from neighboring Ivory Coast who were arrested in july and accused of being mercenaries, the Malian presidency said in a statement.

The 49 were detained after arriving at Mali’s Bamako airport. Ivory Coast said the soldiers were part of a United Nations peacekeeping mission in mali and were contracted to work for a private company contracted by the UN.

The soldiers’ arrests and charges against them sparked a diplomatic dispute between Mali and Ivory Coast.

Colonel Abdoulaye Maiga, the Mali government’s spokesman, said in a statement the pardon granted by Mali’s president, Colonel Assimi Goita, “demonstrates once again his commitment to peace, dialogue, pan-Africanism and the preservation of fraternal and secular relations with regional countries, in particular those between Mali and Ivory Coast”.

Goita seized power in Mali in two coups, first in 2020 and then the following year, when he took control after firing the president and prime minister of the transitional government.

The mass pardoning comes a week after 46 of the Ivorian soldiers were sentenced to 20 years in prison. Three other defendants, all women who were released in September but tried in absentia, had been sentenced to death.

The 49 were convicted of an “attack and conspiracy against the government” and of seeking to undermine state security, public prosecutor Ladji Sara said in a statement at the time. The trial opened in the capital Bamako on December 29 and concluded the following day.

After the Ivorian soldiers were arrested, the UN admitted to some procedural “dysfunctions” in a note addressed to the Malian government and said that “certain measures have not been followed” in their deployment to Mali.

The Ivorian presidency had also acknowledged in September “shortcomings and misunderstandings” regarding the arrival of its soldiers in Mali.

The statement on Friday announcing the pardon described the move as an “independent decision” symbolizing the president’s commitment to good governance and “preserving fraternal relations” with countries in the region, particularly Ivory Coast. It did not specify when the soldiers would leave prison.

Ivory Coast’s government was not immediately available for comment. It has previously said its troops were being held hostage and made repeated pleas for their release. Ivorian authorities had also warned the “hostage-taking” would lead to “consequences”.

Several countries, including Ivory Coast, have decided to withdraw troops sent to help fight a decade-old uprising in Mali this year due to the military government’s collaboration with Russian mercenaries,

ECOWAS, towards which Mali’s government has grown increasingly hostile, had also threatened to impose more sanctions on the country if the Ivorian soldiers were not freed.

Togo’s President Faure Gnassingbe, who was mediating the crisis, met Goita in Bamako on Thursday before heading to Ivory Coast. The Malian government in its statement on Friday thanked Gnassingbe “for his tireless efforts and constant commitment to dialogue and peace in the region”.