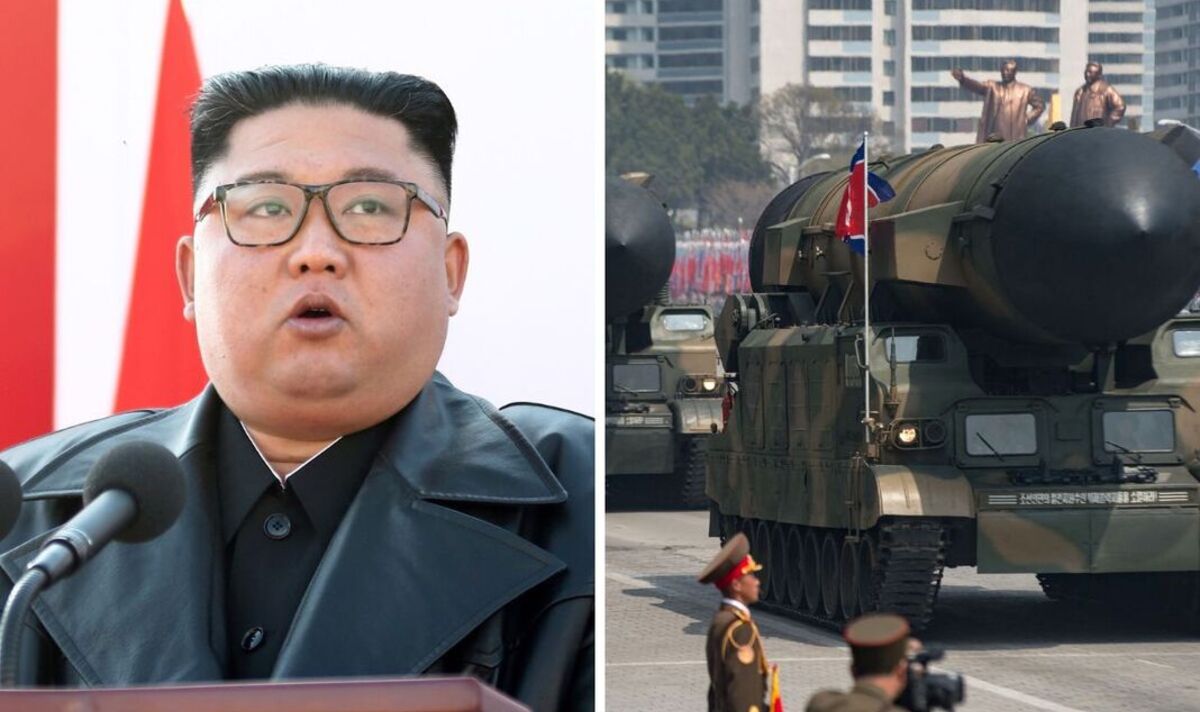 Kim Jong Un — who celebrates his 39th birthday on January 8 — kicked off the new year by announcing that North Korea will be “exponentially increasing” its nuclear warhead production in 2023, The Supreme Leader of more than a decade has said he wants to build a more powerful intercontinental ballistic missile (ICBM) and that he is acting in retaliation to cooperation between the US, Japan, and South Korea, the latter being what he described as the country’s “undoubted enemy”. The news comes after 2022 saw North Korea’s missile tests reach a new record.
The news of Kim’s fresh plans, reported by North Korean state media, came just hours after the country fired three ballistic missiles from south of the capital of Pyongyang. According to Japan’s Kyodo news agency, all three covered approximately 217 miles and reached an altitude of more than 60 miles.

But this is nothing new. Last year saw North Korea launch more missiles than any other year. In one day alone, 23 missiles were fired. Not only this but a quarter of all the missiles North Korea has ever launched were fired last year.

The East-Asian country tested more than 70 ballistic and cruise missiles from January to early November alone, and, by the end of the year, at least 95 missiles had been launched, according to the New York Times.

In November, North Korea tested a “new type” of ICBM, which resembled the Hwasong-17. These have a range of up to 9,300 miles, meaning they can target essentially anywhere in the world.

Japan’s defense minister Yasukazu Hamada said it reached an altitude of almost 4,000 miles and traveled as far as 9,320 miles, meaning it could reach the US.

It is thought the weapon was a modified version of the Hwasong-17. First revealed in 2020, it is believed that this missile could carry up to four warheads.

North Korea has four versions of the Hwasong, each with differing ranges. However, this does not mean that the ones with a lesser range should be dismissed. The Hwasong-14, which has the second shortest range of just under 6,500 miles, could reach New York.

Despite growing tensions, President Joe Biden said on Monday, January 2, that the US was not discussing joint nuclear exercises with South Koreacontradicting President Yoon Sukyeol.

It has not yet been established whether North Korea could send an ICBM into space before directing it back down into the earth’s atmosphere to reach its target.

In the same year, North Korea announced it had successfully tested a nuclear weapon, a hydrogen bomb which state media said could be loaded onto a ballistic missile. It described the sixth test of the bomb — which is six times more powerful than that which killed up to 135,000 people in Hisorishma — a “perfect success”.

According to the country’s state news agency KCNA, Kim himself had “guided the work for nuclear weaponisation” and had visited the scientists himself.

The Punggye-ri nuclear site was shut down and blown up in 2018 after it had “verified” the country’s nuclear capabilities.

But, according to a report by analysts from the James Martin Center for Nonproliferation Studies, satellite images taken early last year found “early signs of activity” at the site.

In 2021, the Arms Control Association estimated that North Korea had enough fissile material for up to 50 nuclear warheads and could produce up to seven bombs a year.

North Korea also has one of the largest armies in the world in its arsenal with more than one million active-duty military personnel. Its army has only 100,000 fewer personnel than that of the US.

The KN-23 and KN-24 perform at low-altitude and are therefore harder to intercept. These weapons are also easier to hide and quicker to prepare ready for combat.

Currently, the country has one submarine that can launch ballistic missiles. However, it has said it is building a new one that could have an increased range.

Last year saw a drastic escalation in missile tests but the tension appears to be far from subsiding as Kim Jong-un said at the beginning of this year: “Our nuclear force considers it as the first mission to deter war and safeguard peace and stability… however if it fails to deter, it will carry out the second mission, which will not be for defence.”