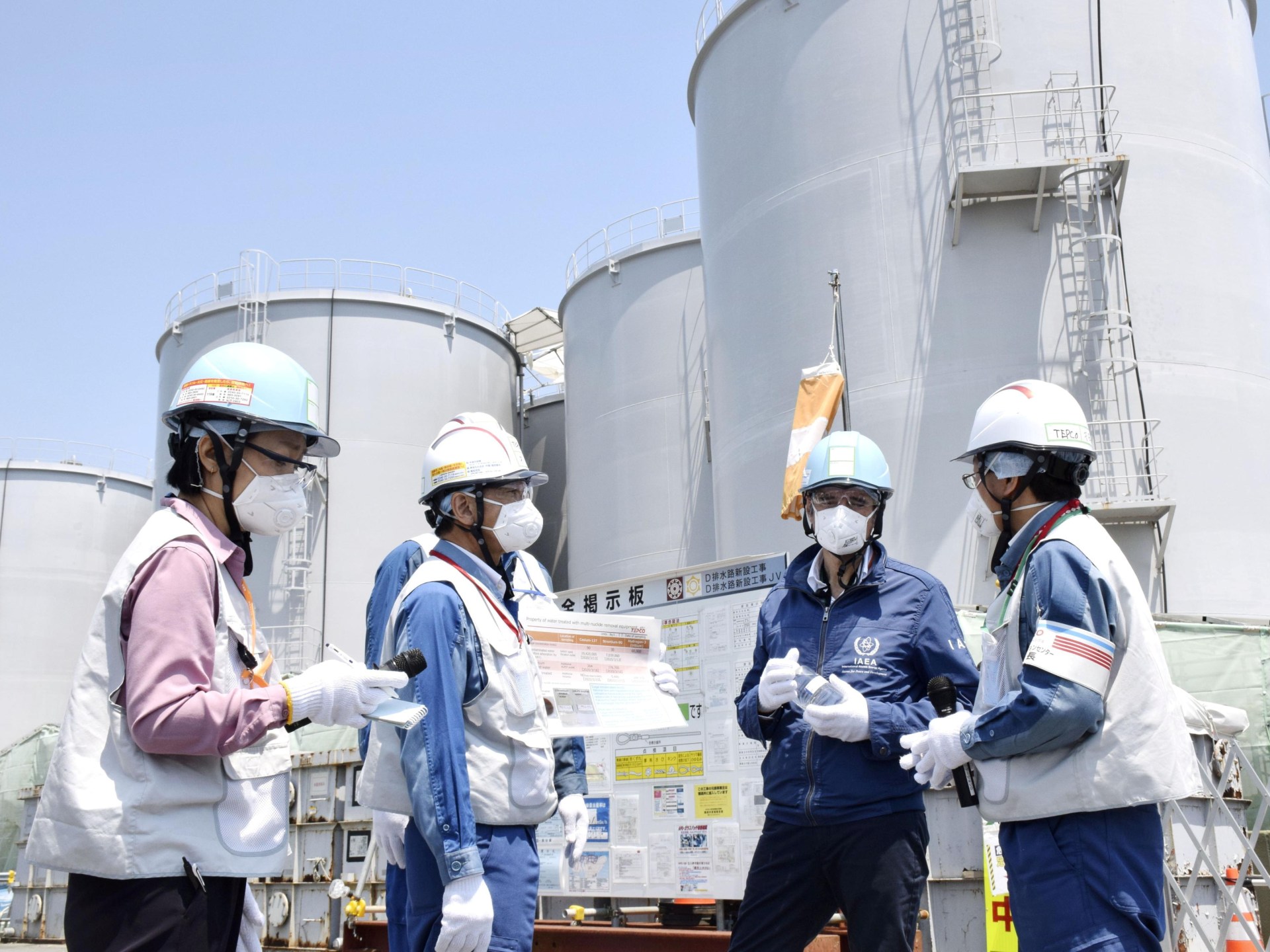 Controversial plan would see some 1 million tonnes of water used to cool the ruined plant’s reactors released into the Pacific.

The Japanese government has said it will start releasing contaminated water from Fukushima, the nuclear power plant devastated by a tsunami in 2011, into the ocean sometime “around this spring or summer”.

Spring usually starts in Japan in March and summer in June.

Japanese approved the release of more than 1 million tons of water used to cool the reactors since the meltdown in April 2021.

The water, currently stored in tanks at the site of the ruined plant in Japan’s northeast, would be treated before release but the plan has been condemned by neighboring countries, Pacific nations and local fishing communities who fear it will affect their livelihoods.

The water, equivalent to about 500 Olympic-sized swimming pools, has been treated but is also being filtered again to remove harmful isotopes. It will also be diluted to meet international standards before any release into the ocean.

Japan’s foreign ministry said in July that regulators deemed it safe to release the water, which even after filtering will still contain traces of tritium, an isotope of hydrogen hard to separate from water.

The Fukushima plant was destroyed in March 2011 by a tsunami triggered by one of the most powerful earthquakes ever recorded.

Tens of thousands of people were evacuated after the disaster and the United Nations says about 40,000 people remain unable to return to their homes because of the radioactive contamination.

Decommissioning the plant and cleaning up the radiation is expected to take decades.

The process is being overseen by Tokyo Electric Power, which owns the plant.