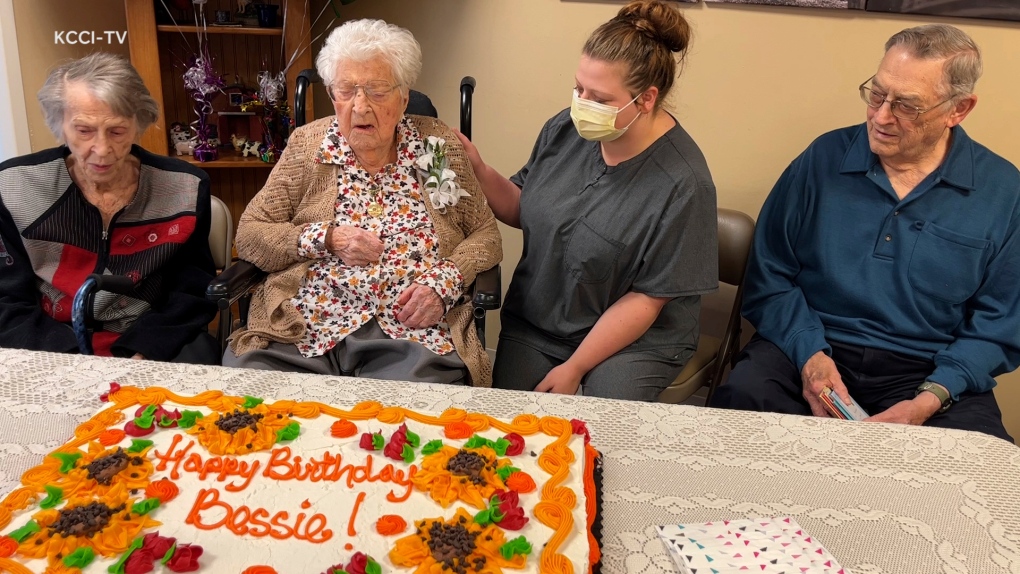 An Iowa woman who was believed to be the oldest living person in the US has died at the age of 115.

Bessie Laurena Hendricks, of Lake City, died Tuesday at the Shady Oaks Care Center, according to Lampe & Powers Funeral Home in Lake City. Hendricks celebrated her 115th birthday at the home on Nov. 7 and was listed last year by the Los Angeles-based Gerontology Research Group as the country’s oldest living person until her death.

Born in 1907 in west-central Iowa’s Calhoun County, Hendricks was alive to witness news of the sinking of the Titanic, World Wars I and II, the Great Depression and both the Spanish flu and COVID-19 pandemics. She was a teacher in a one-room schoolhouse there and the mother of five children, according to the Des Moines Register. She is survived by three of her children.

A funeral service for Hendricks will be held at Lampe & Powers Funeral Home on Saturday.