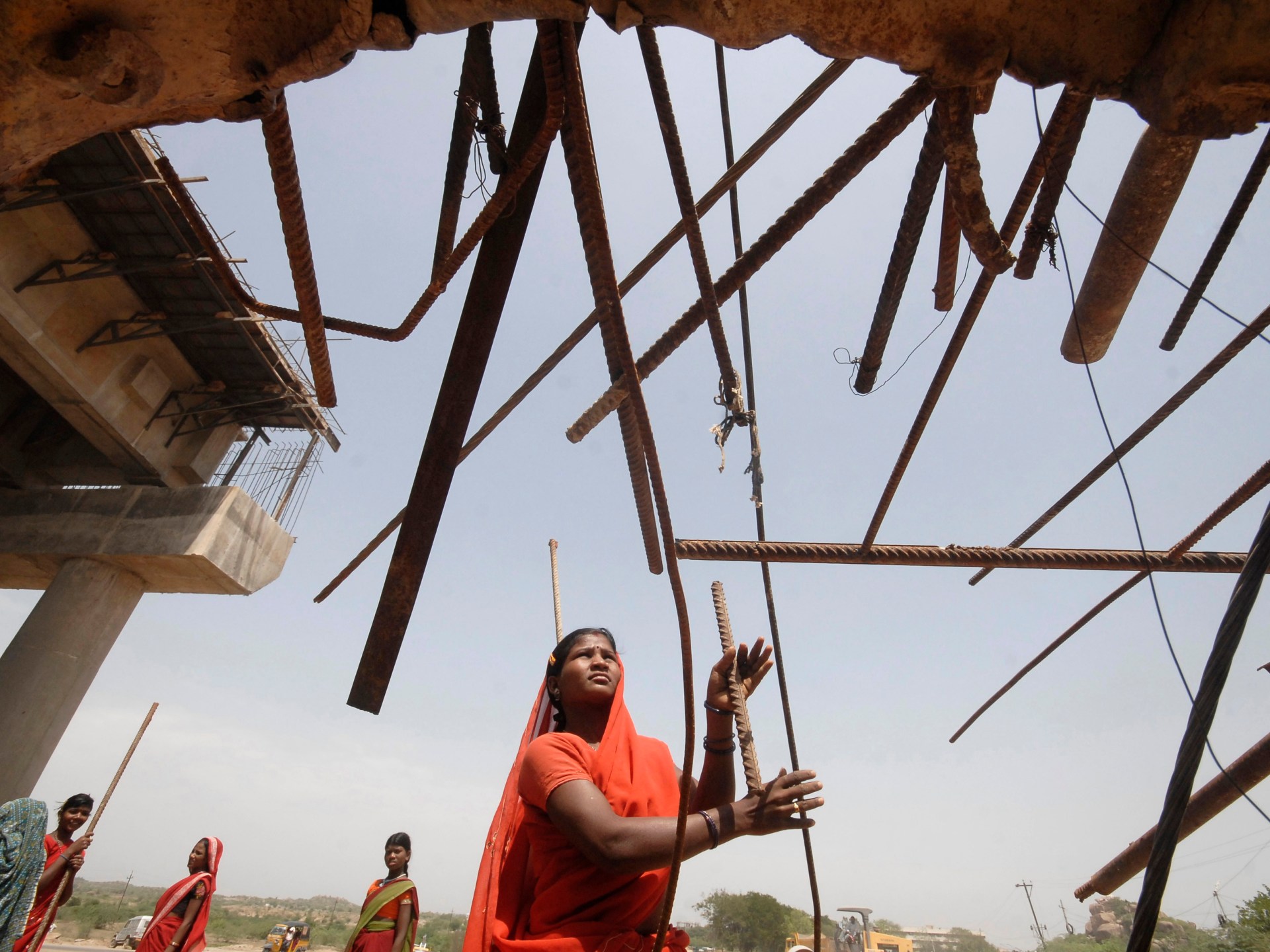 India remains a relative ‘bright spot’ in the world economy, but weak exports are expected to hamper its growth.

India’s government expects economic growth to slow in the financial year that ends on March 31 as pandemic-related distortions ease and pent-up demand for goods levels out going into 2023.

The preliminary overall projection is lower than the government’s earlier forecast of 8 percent to 8.5 percent but above the central bank’s 6.8 percent.

The government uses the estimates as a basis for its growth and fiscal projections for the next budget, due on February 1. That will be the last full budget before Prime Minister Narendra Modi is expected to run for a rare third term in elections due in the middle of 2024.

India’s economy rebounded after COVID-19 restrictions were eased around mid-2022, but the war in Ukraine has spurred inflationary pressures, prompting the central bank to reverse the ultra-loose monetary policy it adopted during the pandemic.

It has raised key interest rates by 225 basis points since May to 6.25 percent, the highest in three years, and another modest hike is expected early this year.

Since September, economists have been cutting their 2022-23 growth projections to around 7 percent due to slowing exports and risks of high inflation crimping purchasing power.

Construction growth was projected at 9.1 percent, electricity at 9 percent and agriculture at 3.5 percent. Manufacturing and mining growth were forecast at 1.6 percent and 2.4 percent.

Growth in manufacturing was disappointing as corporate profits shrank in the second quarter, said Madan Sabnavis, an economist at the Bank of Baroda.

India’s nominal growth, which includes inflation, is projected to be at 15.4 percent for 2022-23, up from an earlier 11.1 percent estimate.

“The nominal GDP growth is higher, implying that the government’s fiscal deficit target will be achieved,” Sabnavis said.

Another area of ​​concern is “the current consumption demand is highly skewed in favor of goods and services consumed largely by the households falling in the upper income bracket”, said Sunil Sinha, principal economist at India Ratings, a unit of the Fitch Group. “A broad-based consumption recovery, therefore, is still some distance away.”

India remains a relative “bright spot” in the world economy but needs to leverage its existing strength in services exports and extend it to job-rich manufacturing exports, an International Monetary Fund official said on Friday.

It is expected to remain the second-fastest growing economy – lagging only behind Saudi Arabia – among G20 countries, according to the Organization of Economic Co-operation and Development.

India’s growth potential is likely to be dented in the fiscal year starting on April 1 due to weak exports among other factors, Pranjul Bhandari, economist at HSBC Securities and Capital Markets, said in a note to clients.

“Buoyant albeit mixed domestic consumption should help stave off some of the pain arising from weak exports during this period,” said Aditi Nayar, economist at the credit rating and investment information agency ICRA.