Historic term begins in Michigan as Whitmer, others swore in 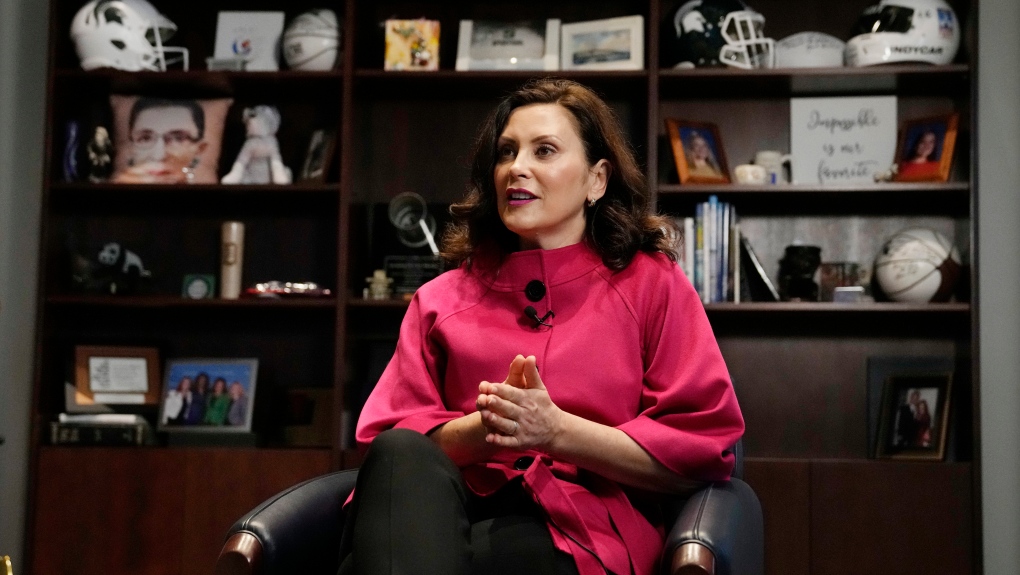 Michigan Gov. Gretchen Whitmer was sworn in for a second term as the state’s 49th governor on Sunday, pushing a message of unity and working together during remarks on the state Capitol steps as Democrats took full control of the state government for the first time in 40 years.

During her inauguration address, Whitmer pledged to pursue “common sense” gun reform, continue investing in K-12 education, improve worker rights, lower taxes for the state’s retirees and tackle climate change, adding that she would provide more specifics in her upcoming state. of the state speech.

“For the next four years, our task is to ensure that every Michigander, present and future, can succeed,” Whitmer said to the nearly 1,000 people in attendance. “And our message is simple: We’re putting the world on notice that your future is here in Michigan.”

With a newly powerful Democratic caucus, Whitmer faces a test of delivering on years of promises in a swing state where Democrats must appeal to more than just their base or risk losing their majorities when the Legislature is up for grabs again in two years.

Whitmer acknowledged several Republican legislative leaders and promised throughout her speech to work across the aisle and with “anyone that wants to solve problems and get things done.”

Michigan Democrats officially took control of the state House and Senate at noon Sunday after winning slim majorities and flipping both chambers in November’s election.

Newly elected Democratic leaders in the Legislature, Senate Majority Leader Winnie Brinks and House Speaker Joe Tate, joined the governor in stressing the importance of bipartisanship during their speeches.

“A stunning opportunity stands before us to work together like never before across legislative chambers and alongside the executive branch,” said Brinks, who was selected as the Senate’s first female majority leader in December.

The new legislative session is required to begin the second Wednesday of January. The state’s budget will be among the priorities lawmakers tackle as they carry a nearly $6 billion surplus into the new year.

History was also made Sunday on the state’s Supreme Court as Kyra Harris Bolden was sworn in as the first Black woman to serve on the high court after Whitmer appointed the former state representative in November to replace retiring Justice Bridget McCormack. Bolden also administered Whitmer’s oath of office.