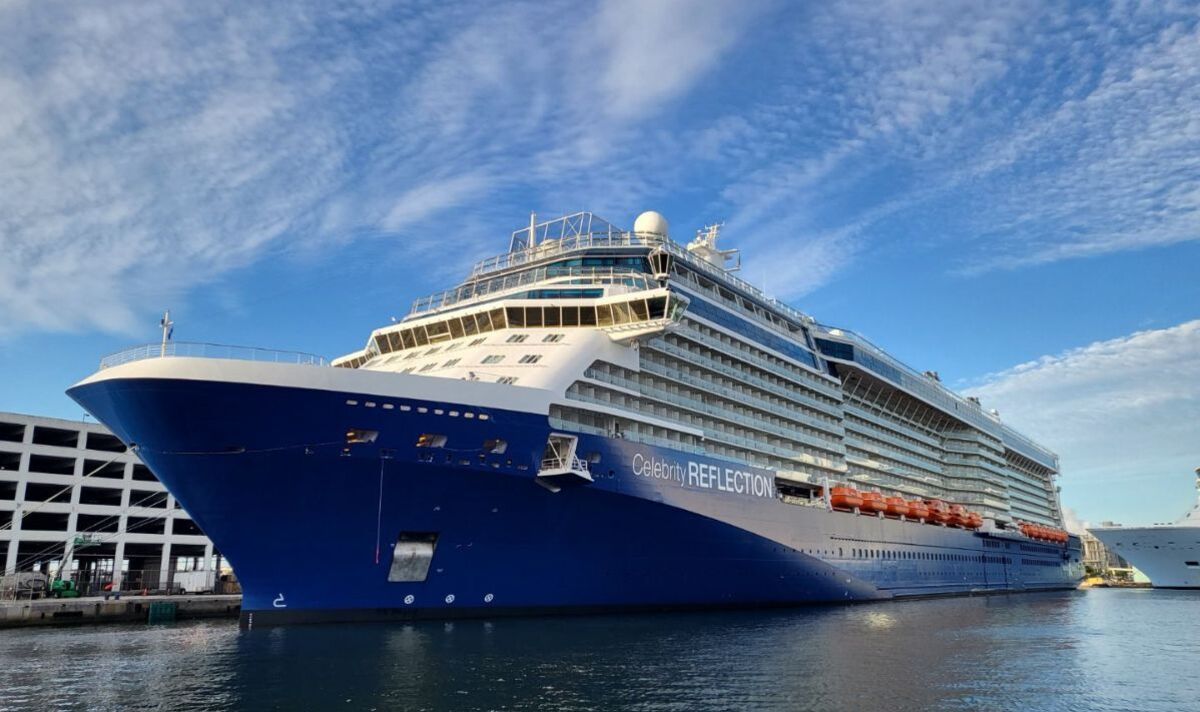 One Royal Caribbean The ship made a sharp turn to avoid a raft in the water, causing an unexpected waterfall for the passengers on board. Social media videos of the incident show the significant leakage moving from one of the ship’s upper decks to another one. The incident took place on the Harmony of the Seas as it was sailing towards the Mexican island of Cozumel.

No damage was reported and no individuals were hurt as a result of the incident, Royal Caribbean officials told MailOnline.

Water poured from the upper deck down eight-stories as the ground filled with water.

Despite the near miss, passengers aboard the ship can be seen laughing, rushing, and snapping pictures and videos as the water keeps cascading down the vessel from Deck 15, where the overflow occurred, down to Deck 8, where another pool was located.

After spending Monday in CocoCay, Royal Caribbean’s exclusive Caribbean island, the ship and its captain had to take immediate action to avoid what they believed to be a refugee raft in the water.

The turn caused the water from Deck 15 of the pool to flood out and overflow. Water trickled down to Deck 8, where there was another pool.

A Royal Caribbean spokesperson said in a statement: “On Tuesday, Jan. 3, Harmony of the Seas spotted a raft at sea and maneuvered to provide assistance. This maneuver unexpectedly caused water from the pool deck to go over into a lower deck of the ship.

“Fortunately, this was immediately managed and cleaned up by our crew, and there were no injuries or any damage.

“The 7-night Caribbean cruise continued to the next destination as planned.

“The raft was empty, and Royal Caribbean provided details to the US Coast Guard.”